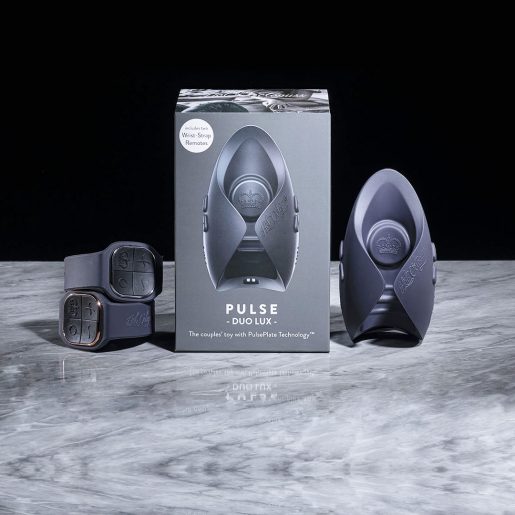 Every once in a while a gadget lands on our desks here in Goosed Tower where every single one of us does a double take and says “What are we meant to do here” and of course a wonderful part of being Irish is the squimishness and awkwardness people feel when the topic of sex is brought up. Luckily this is changing and now onto my second Sextech review I feel obliged to say, chill out and enjoy the ride…literally. Anyway the toy that recently got us all going full Catholic guilt was the Hot Octopuss Pulse Duo lux, a couples’ vibrator that claims to do it all.

I can hear it already, you’re a tech website why are you talking about a sex toy? Bear with me this has a bit more tech going on than you might think, and that includes it’s double motor pulse plate technology.

Right straight in no kissing here. The key bit of kit involved here is the Hot Octopuss’s PulsePlate. This means that instead of the toy using traditional vibrations, it actually uses oscillations that are located on a raised plate designed to hit a key spot for maximum pleasure while the flip side contains a second plate for her enjoyment. As I said this is a couple’s toy primarily but if you don’t have a partner you can still use it alone or save some money and buy one of the brands solo model’s like the appropriately named PULSE III SOLO which is essentially just the guybrator version of the Duo Lux.

Beyond that this toy contains all the usual bits of tech you would assume in a gadget, like USB charging (although C-Type would make a faster charge), it’s totally waterproof (which is always a good thing) and there are 3 touch buttons to operate speed controls and at the base there is the magnetic charging plate.

Charging the Duo Lux is simple, attach the magnet and the toy lights will come up red until it’s fully charged at which point the lights will turn to green. Charging time takes about 3 hours for an hour of usage.

Finally with the Duo Lux there are also two wearable remotes for independent control. So basically control your own vibes or your partners through the watches. Controlling the Duo Lux is very very simple. On the device we have three buttons, the plus and minus for vibration control and a single button on the other side called the function button. To turn on the device simply hold down the button on the vibe with just a single dot for two seconds. Once the device is firing you can then use the buttons or the remotes to increase oscillation speed, and for the external lady vibe you’ll need the controller.

There are 9 different oscillation levels and 6 different patterns modes that respond to the oscillation speeds and if you’re feeling real ballsy hold down the plus button for about 3 seconds which will put the Duo Lux into Turbo mode.

The buttons on the device and watches are:

When it comes to getting into the action, adjusting the pace is easy peasy. Use the on device buttons or fiddle the remotes until you find your ideal setting. Oh and it packs a punch, the Pulse Solo has 3950 RPM whereas this Duo Lux is rocking 4,450 RPM.

I’m calling it a watch even though it doesn’t tell the time, and this little bit of kit is what runs the show. Wear your own and control your own vibes or swap with your partner and control each others speed.

The Duo Lux straps are made from silicone and the central ‘coin’ is a hard piece of plastic you can remove to change out the batteries, which is a simple watch battery, if and when the time comes. Maybe don’t bring this into your local jewelers for a new battery and just buy them yourself but hey whatever you’re having.

The strap itself is designed to fit pretty much anyone, ranging from 7″ to 10″ but do take not, the device itself is fully submersible (yano incase shared bathtub time is on the menu) but the remotes are only splashproof aka don’t drop that in the tub it won’t be coming back.

How does it feel?

K, now to the meaty stuff and I’m honestly very happy I’ve got this far sticking to the tech and not mentioning boners. But that’s where we are at now. When it comes to the Duo Lux, one partner can use it as a masterbator while herself mounts and grinds on the reverse side.

Essentially here the penis is inserted into the toy while the woman rests their clitoris against the back so both can be stimulated simultaneously, and when the woman is on top they can shift their weight across the plate to increase clitoral pressure. Ride it like you stole it, but it’s 100% not made for penetrative sex, its a little too bulky for that.

When it comes to sex, everyone is different so when it comes to the Duo Lux there is going to be some learning as to what works for you. Having said that some when will come by stroking, others with the stationary vibe oscillations and others by grinding within the device while she is on top.

When it comes to partner play, you need the remote to activate the pulse plate on the “bulb” side and once you’re up and running cycle through the vibration strengths to find what works best for both parties.

As I mentioned earlier the Duo Lux packs a punch. The noise is quite deep and well buzzy (yes not very technical but that’s all I got) and this gives you and idea of the difference between the vibration and oscillation patterns. The fact one side is oscillating and the other vibrating does mean this is quite loud as far as vibrators go. Having said that, the male pulse plate is really the loud part and almost drowns out all the smaller vibrator’s movement.

Women can also use this alone, but it’s very much a straddling product, so either press it against the clit or find out where on the curve is the sweetspot for you and again everyone is different so depending on where you are sensitive and what gets you off is where the testing and learning comes into play.

Are we all over our Irishness yet? If you’ve got this far then fair play. For about $150 this ain’t exactly cheap so if you’re in the market for a guybator maybe check out one of the brands solo products.

Overall this is a pretty cool product both for the single and the couple, albeit if you live with housemates and thin walls, the noise level is fierce enough to give them a bit of a surprise. Also battery life isn’t amazing but then again would you really be using just this for over an hour at a time?

The Duo Lux is absolutely a gadget designed to improve foreplay and I can only assume it would be a game changer for couples where there are issues with penetrative sex or erectile dysfunction. In short, get rid of that wonderful Catholic guilt, get your sexy on and try something new.