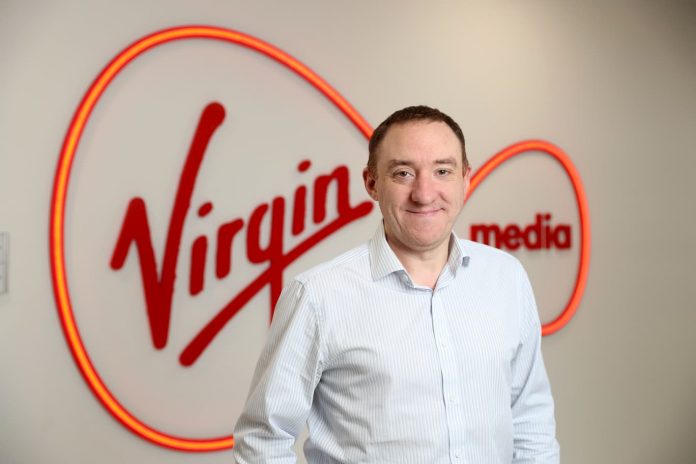 The internet has come a long long way. I still remember sitting in my bedroom on a DELL desktop running through a phone line and using Limewire to download music for hours, if not days. Back then, the internet was the trickle of water coming through a teeny tiny pin-sized hole in a bucket full of water. Today, the hole in the bucket is the size of a Pringles can. Internet speeds have gone crazy fast for people living in built-up areas. Standard 4G speeds are stronger than ever and, while it’s early days, the other day I tested Vodafone 5G on my Huawei P40 Pro and got speeds as fast as the fibre in my house! Even in this landscape of internet leaps into the future, Virgin Media has launched one of the most significant leaps forward in modern broadband with 1 Gigabit speeds being rolled out to nearly one million homes nationwide.

Gigabit broadband is all about speed, specifically speeds up to 1,000 megabits a second. That means you can download an Xbox One game or 4K movie in about three minutes. I’m a Virgin Media customer myself and I’ve been checking up on my data usage since COVID hit the nation. My internet usage has nearly doubled, between video conferencing and staying in to watch things like The Fall on Netflix or downloading games like Fall Guys to beat the boredom. Two strangely related titles there. Paul Higgins, Vice President of Commercial at Virgin Media, said, “we know our customers are using their broadband more than ever before with data usage increasing by 40% since March”.

Gigabit broadband means more people in the home can do even more with better quality. It enables things like 4K video streaming to be as normal as HD streaming. While your internet might be fast enough for you today, our world is ever-evolving and what you want to do online tomorrow could very well need Gigabit broadband.

Gigabit broadband isn’t new to Ireland. SIRO, a joint effort between Vodafone and the ESB, was launched in 2015. It’s a clever solution which saw fibre lines being laid alongside electricity wires instead of burying them. The end goal was a rollout of Gigabit broadband to homes which, traditionally, were unable to avail of fast internet speeds. SIRO, by its direct nature, takes time to reach individual homes and so there are still many left wondering when either the National Broadband Plan or SIRO will reach them.

Virgin Media’s launch today, unfortunately, won’t address the issue of rural areas with poor broadband. At the same time, the reach of Virgin Media’s network shouldn’t be underestimated. According to the CSO, over 50% of all occupied premises in Ireland are capable of connecting to the Virgin Media network and can access speeds of to 1Gb. Of the entire network, 1Gb speeds will be available to 97.5% of installation points.

However, it does mean that nearly one million homes now have the choice of Gigabit broadband and that’s simply got to be one of the biggest network leaps in the past few years.

You can now sign up for Virgin Media’s Gigabit broadband, over on their website. When you order, you’ll need to be sent your new modem, the V2. Generally speaking, the Virgin Media systems simply plug and play and rarely require a technician visit. The package will set you back €85 per month which gives you access to 1Gb download speeds and 50Mb upload speeds.

There is also a launch offer in place which reduces the package to €60 per month for the first six months giving you a saving of €150, but this is an online-only offer. Buy in a Virgin Media retail space and you’ll be paying full whack.