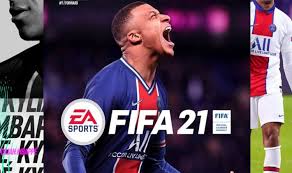 Normally I am much better at getting an auld Fifa review together, but this year it’s a little different, mainly because I didn’t really know what to say. That’s because FIFA21 is literally FIFA20 with a new hat and it’s a shame because during this whole Covid era people are at home playing games, so jesus give us something new and exciting. But no it’s more same shit different day from EA and it’s starting to feel that the cash cow of the brand is going to limp meekly into semi retirement despite it’s huge paycheck ala Mesut Ozil. Actually ya this is an analogy I’m going to use a lot in this article. This year EA’s biggest competitor in PES decided to not release a full new game and merely an update, which is what FIFA is despite being a whole new title. There are some new modes and some good things but with the focus once again on the PR exercise and microtransactions at every opportunity, FIFA 21 is a bust. But we are still all going to buy it aren’t we? Goddam it!

Glitches are quite common, more so than the usual and the home screen looks and feels the same as the last two years just with a colour change, it’s no shock that this year’s instalment has the lowest metacritic score any edition of the game has ever received. What bothers me most, and it’s not just me I checked other reviews to make sure I wasn’t talking out of my hoop but for a brand that prides themselves on that little bit of gloss, that style that makes the game stick out, is really lacking this year.

Wierd little things like goalposts loading in the middle of the cut scenes and stuff like that keeps happening and if you play the career mode, while the cut scenes are really nice they have a tendancy to loose the run of themselves and get stuck or just go all jittery.

It’s All About Ultimate Team

Unsurprisingly the only part of the game that gets a real update is FIFA Ultimate Team. It’s a fun game mode where you’re balancing players and chemistry to make your personal football team but it’s so heavily concentrated of driving them delicious micro transactions that EA love.

There are a few little changes that FIFA have made, namely removing the training cards to boost stats for a single game and the fitness cards. These two were cards the the real money buyers would stack up on meaning games could be so unbalanced with chaps with full fitness and boosted stats playing a standard player. It’s also a great time saver so now you aren’t wasting time hunting for and applying fitness cards to keep your players alive. Either way you should know that the packs are rigged.

Another tidy little feature in FUT this year has to be the stadium creator. Essentially by levelling up your XP, beating challenges and pulling the right cards you build your own home ground for your own special little tea. Choose your ground, gear, seat colours and all the good stuff you might want to have in your own stadium. Mungret Junior B’s Cement Factory has never looked so slick let me tell you that for a fact. It was probably the only thing that got be back into FUT as normally my mentality has been nope I’ll stick to standard online but I really wanted to give this a craic and it was a bit of fun.

Pro clubs is still your best bet for creating a team with mates, it’s mental and frantic and is mighty fun but again because it’s not a money spinner then it gets ignored, give us tournaments, online leagues something to get our pro clubs showing the love it deserves.

FIFA 21 plays like FIFA, yes that’s a very vague term but for any long term players we all know what that means. It’s all about speed, cut backs and highly frustrating defending and equally unrealistic goals. FIFA is less like PES which feels more like a real football game whereas FIFA is more arcadey in a way, which is great and annoying in equal measure and has caused more than one controller to be destroyed by a Roy Keane special tackle down the years.

Passing is pretty much as you are for the last few years and with semi assist activated you can play super quick tika taka football which most people thoroughly enjoy, unless you are on the receiving end. Also with semi assist more often than not your sweeping cross field Pirloesque pass is a dinger pretty much every time even when being performed by the biggest clogger of a defender. But then again FIFA 21 doesn’t claim to be a realistic football simulator in the sense of the gameplay. Pacey players are so annoyingly overpowered and the mobility and agility is off the charts with right analog dribbling skills basically physics defying but why let reality get in the way of an in your face goal.

What’s more annoying is that while you’re on the ball being prime Cristiano or Lionel while playing as Anthony Knockaert you find yourself bewildered by the total lack of off-the-ball movement, which is fine if your game plan means you won’t be passing anyway. You get left with threading balls out from your fullback directly down the line or humping a big ball over the far side of the pitch to get in behind with a speed merchant winger, the subtleties of a midfielder dropping into a pocket to receive a pass or a forward angling across defenders is unfortunately lost but I think these are only things you would notice if you played PES and then skipped over.

Don’t get me started on the defences, sweet lord above its shocking and the statistical average for a game of FIFA is 5 goals per game. Not very realistic is it? Look FIFA is about fun but when you can see your centre back just walking away from his forward is like watching Man Utd defend these days, ok maybe it is realistic after all.

Any Changes to Game Modes?

Nothing new here, just little tweaks to the game modes already on offer. With Career mode the main piece that gets a little love, and it needed it to be fair. There is a totally new training system which is built to help you feel more like the gaffer, developing stats and training player positions as you see fit.

Cut scenes are still painfully slow but with the minor changes you won’t pay as much attention as your focus if your like me will be on building your squad and sorting out the team and individual training to have things the way you want. Obviously when I’m talking player training it’s never going to be FM style or level but to be honest it’s highly enjoyable and growing your young players to phase into your team is a lovely little sense of accomplishment.

Ok so there are some improvements, the usual detail and updated team rosters and stadiums, there are some nice tidy little improvements to career mode, stadium builder in FUT is a nice touch. Having said that this year feels like more of a money making activity from EA, when PES release a cut price update yet with FIFA we get the same title with a new hat and as ever a huge focus on micro transactions it feels very much like they want to pick up a paycheck without putting in the work, just like Mesut Ozil. Knew I’d get that in there one more time.

I’m a massive fan of the series and maybe that’s why I’m being so critical but EA and FIFA have let their players down in a time when more people than ever are gaming with the new work from home lifestyle we lead. Missed a trick, unfinished, same old, same old, it might be time for FIFA to reinvest itself or retire with grace before the players turn away. And yet I say all this full in the knowledge that I still bought the game and will still play it. DAMMIT!