Ah Plants Vs Zombies: Garden Warfare 2, a good game ruined by EA’s greed, a perfectly good game until the shameless money-grabbing micro-transactions wrecked what could have been a potential game of the year contender. It was a fun, engaging and downright enjoyable game that was perfect to jump in and just have some fun. Thankfully we now have Plants vs Zombies: Battle for Neighborville a game that seems to be truer to the series and feels more like a live-service game done right, with Popcap and EA using early access as a proving ground to start rolling things out.

A new lease of life?

Plants vs Zombies: Battle for Neighborville is relatively similar to the previous titles in that it builds on the popularity of the 3rd party shooter, Backyard battleground and has added a number of hubs to play through with a decent selection of missions, collectables, hidden features and some other bits.

As ever it’s insanely colourful and the characters are so well designed its not even funny. Every character is so detailed that you already know that when the microtransactions kick off this is where the money is going to be made. Every playable character has 5 components that are customisable with a range of cosmetics, plus Plants Vs Zombies includes emotes and icons that you can unlock or buy throughout the game.

While the game itself is really good, games that are based on the microtransaction model bother the bollox out of me. Pay €45 quid for the game to spend premium currency, purchasable by using real-money and obtainable in-game, no doubt in very limited quantities, that will then be used to purchase rarer cosmetics. Na not for me, just let me play the game. No doubt Deano as an avid Forniter will say different.

Alongside the brilliant graphics, the game is rather fun. Both the plants and the zombies have a wide selection of characters, based on a 5 tier system with each tier unlocking new abilities. This works through upgrade points. There are 7 upgrade points, some cost 1 other costing up to 3. How you set that up is totally up to you.

With PvP mode the roster of 20 characters you are sure to find the ones you prefer and undoubtedly stick with them. It’s basically just a streamlined version of Garden Warfare. Personally I’ve enjoyed this even it wouldn’t be my personal favourite genre. Honestly, you’ll find nothing non-traditional. It’s simple, fast and fun, even on the losing side.

PvE is probably the game mode that is the main selling point of Plants vs Zombies. Plants and Zombies both have their own zones to explore where you can upgrade your characters, do little mini-games, find some other secrets and more. The zones are just enemy-infested areas with a core number of missions, a variety of side missions and more gnomes than you can decorate a lawn with. Simples. 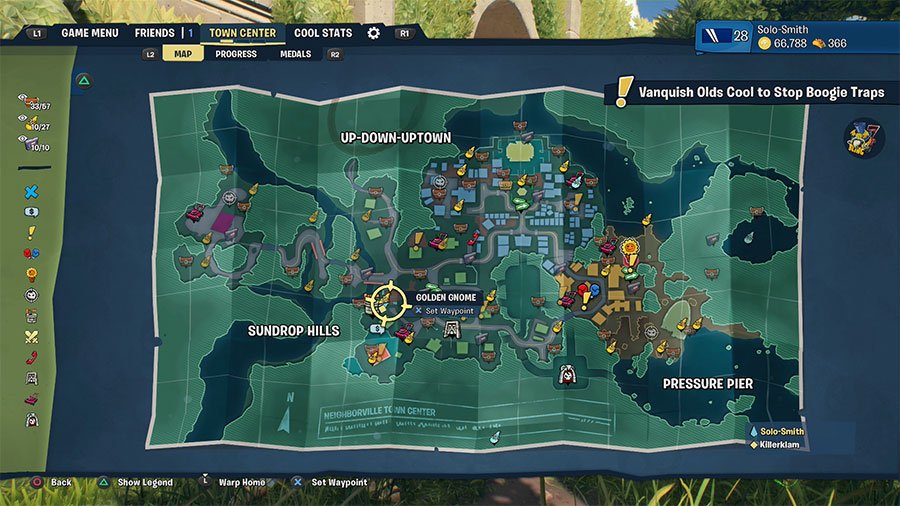 As with most games, collectables are a big thing, gnomes, tapes, dogs and audio logs are the catch of the day with each map containing its own secondary currency you get from completing quests or downing enemies. These can then be used in the specific zones on cosmetics or maps that display the chests, gnomes or other collectables that you’ve both found and yet to find. There’s something enjoyable about finding a gnome relaxing in a kiddy pool, while you wrack your brains on how to actually get to it. 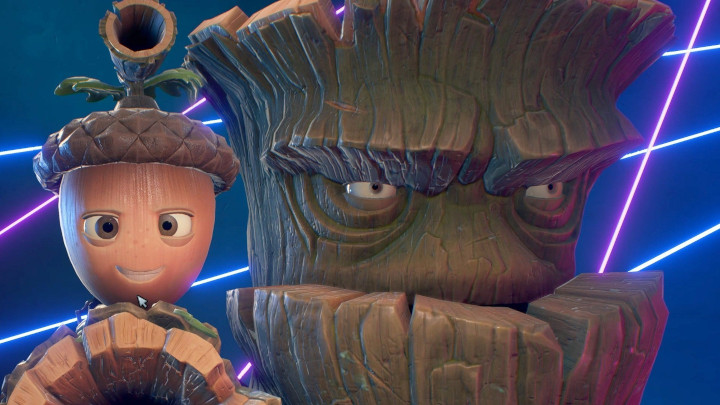 I may have said this already but aesthetically Plants vs Zombies: Battle for Neighborville is very very pleasing. It has its own style and charm across every hub area. These are fun in their own right to explore and collect goodies until you’ve seen it all, and there isn’t much else to do.

I also like that every character is detailed and unique even though they fit across three classes, attack, defence, and support. Credit must go to PopCap for this as they ensure no 2 characters play the same way. Another bit of credit must go to them as they did something most developers don’t, a voice-over narration for the main menu. It’s a simple but essential accessibility feature that will be tremendously beneficial to some players.

Between the games modes Team Vanquish, Battle Arena and Garden & Graveyard Ops there is enough variety of games but it does feel a tad shallow. They all play in a similar way, either defending something or attacking something…also known as shoot on sight. If you’ve played Garden Warfare 2 already, I don’t see any meaningful reason to pick this one up.

While battle royale games are everywhere nowadays I feel Plants Vs Zombies would have been better suited to this genre, but it can’t be done due to and I quote “underlying restrictions with how the brand’s core gameplay works”. AKA They don’t want zombies vs zombies but that just seems like a stupid reason if you ask me.

Also, my main gripe and it’s something I’ll be sure to rattle on about going forward but microtransactions can go and do one. Seriously especially in games like this that are targeted at a younger audience, it’s a predatory practice and shouldn’t be allowed. EA are known fans of microtransactions and we know they are coming to Plants Vs Zombies. There’s not much more to say about it but if you buy a game like this just take your card details of the console and save yourself a potential accidental whopper of a charge.

Plants vs. Zombies: Battle for Neighborville is a grand game, nothing too special but a good laugh for a time. It offers enough content upfront to keep you busy for a bit, but the enjoyment is fleeting once you realize how shallow the game really is. Like a lot of these kinds of games, you’ll end up using the same character over and over again.

However, for fans of the genre it’s engaging and fun and thanks to the new content from the early access it seems that Plants vs. Zombies is getting the live service right. So would I recommend the game? Unlike Anthem another EA release this is already worth the entrance fee.