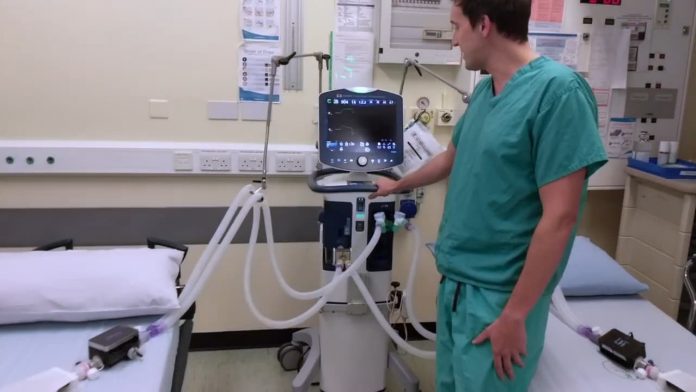 I saw a meme two weeks ago. “Who drove digital innovation in your business?”. The answers were “your CEO, your CTO or COVID-19?”. I laughed but it’s true. Businesses and arguably society, in general, has crammed years of digital innovation into a matter of weeks. How many mammies knew what Zoom was in January? But this rapid innovation is happening everywhere it’s needed. As you might imagine, this also includes the medical field where ventilators have become some of the most critical hardware on the planet.

The Importance Of Ventilators

With the spread of COVID-19 also came a spread in need for ventilators. According to the World Health Organisation, 80% of people who get COVID-19 will recover without requiring hospital treatment. Within that 20% that do require hospital treatment, a smaller number will need ventilation. Take Boris Johnson, for example, one of the most high profile cases to date. He was admitted to the hospital and required oxygen but not ventilation. However, for those who require a ventilator, it’s a life-saving piece of technology.

In severe cases, the virus damages the lungs and the body’s immune system fights back. The result is actually fluid entering the lungs, making breathing difficult leading to the body’s oxygen levels dropping.

Ventilators push air with increased amounts of oxygen into the lungs, while also adding heat and moisture to match the patient’s body temperature.

Before writing this article I never really thought about the technicalities around how a ventilator works but they are fascinating. I know understand how complex and important they are.

The Scramble For Ventilators

For many weeks, some of the biggest headlines have focused on ventilators and how difficult they have become to source. In mid-March, the UK government called on all manufacturers to investigate if they could change their factories to develop ventilators. In the US, New York hospitals have struggled to get enough ventilators to get them where they’re needed most. Tragically, medical professionals in Italy had to make terrible decisions when it came to their ventilators. With limited ventilators, Italian doctors had to decide who they prioritised to get access to these life-saving machines.

The Inspire Team, a team based at NUI Galway, are a group of engineers, clinicians and academics in Galway. They are working our of NUI Galway, NCAD, University Hospital Galway and also include local Multinational MedTech Companies and MedTech Start-Ups.

Instead of focusing on building new machines, they concentrated on getting more from existing resources, effectively doubling the capacity of existing machines in an emergency. The solution which has been shared as open-source technology under the name Galway VentShare and they hope it will be adopted globally, offering the information on how to do it for free.

How The Galway System Works

In short, The Galway System adds a splitter to the outputs and inputs of the ventilator system. With added flow monitors and dual redundancy filters to ensure the risk of cross-contamination is minimised, the system has been tested and proven to ventilate two separate lines off a single machine.

The Galway System Explained By A Doctor

Everything required to make this work is usually available in hospitals. For example, one of the valves being used is a regular fitting for ventilators to limit power for use on children.

This solution hasn’t been designed as a plan A. Instead, the Galway System from VentShare is a solution to slot in before prioritising young and healthy patients over older patients. But when it comes to making that decision, what fantastic option this is to have from the Galway-based team.

People around the country are innovating and using technology to help where they can. Read about how 3D printing has seen a surge as people create emergency PPE gear.