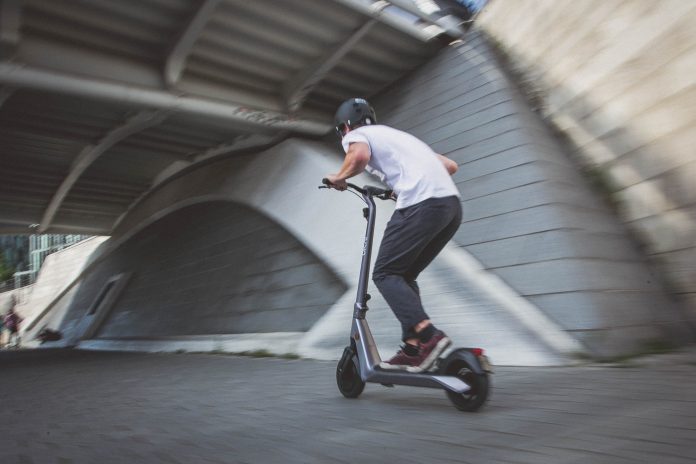 That headline hurts me to write. As we re-open our workplaces and people start to try some days back in the office, interest in electric scooters has never been higher. For months, people in towns and cities around Ireland have seen more and more electric scooters on our roads. They’re easy to buy. You can buy an electric scooter in Argos right now. This is despite them being illegal to use on public property without insurance. Government inaction has led to this point where there are very real consequences should Gardaí decide to pull you over when using an electric scooter.

Electric Scooters Are Illegal To Use In Ireland

This section of this article is straightforward. For a long time I believed there was a grey area, but there’s not. It is illegal to use an electric scooter in Ireland, unless you are on private land. That means, as soon as you ride in a bike lane or on the road, you’re breaking the law.

The reason for this is that Irish law has never been updated for this category of vehicle. So we’ve been left trying to find where electric scooters fit. Unfortunately, they are classifed as Mechanically Propelled Vehicles. It doesn’t matter it they request some human force to get them moving, they are an MPV. In Ireland, MPVs must pay motor tax and insurance. I’ve tried to get both of these for my electric scooter but it’s just not possible.

The conclusion is that electric scooters are effectively illegal to use in Ireland for commuting.

Why Are So Many People Using Electric Scooters?

Despite their illegality, you’ll have noticed that electric scooters are everywhere. Even smaller towns have started to bare witness to them zipping up the road. I was in Ennis recently and saw someone getting from A to B using one.

It’s no surprise they are popular as they can both be an alternative to public transport, saving money and reducing exposure during a pandemic, and compliment public transport. This is called last mile commuting where Ireland’s generally poor public transport systems don’t really link up or bring you to where you need to be.

Ireland has just progressed with our latest set of restriction lifts which sees people testing out going back to the office. Public transport has returned to 100% capacity a few weeks ago to support the additional movement, but we can all agree the last place you want to be is a packed bus. Cycling and electric scooters offer a great alternative, the latter being particularly attractive if you don’t have showering facilities at your office.

What Can Happen If Gardaí Stop You Riding An Electric Scooter?

The ramifications for riding an electric scooter can be serious. While they seem like a simply joyful way to navigate your commute, should Gardaí decide to abandon discretion you can be landed in serious trouble. I was stopped on my scooter early last year and was let go with a warning. I haven’t used mine since but have heard plenty of cases where people have been stopped and not been so lucky.

When Will Electric Scooters Be Legal In Ireland?

I’ve been saying it’s just around the corner for years. But the Irish government moves at a snail pace on things like this. There are a large number of scooter share systems lobbying the government too. Whether this is having a positive or negative impact is hard to tell.

There are on-campus scooter trials taking place in DCU at the moment but it doesn’t feel like this is really anything to do with government legislation, despite politicians loving turning up for photoshoots.

The Best Electric Scooter For Commuting

And that’s why I wrote the headline. The best electric scooter for commuting is no electric scooter. Get a bike or maybe even an ebike. Ebikes still operate in a bit of a grey area themselves but I don’t believe they’ve caused any hassle at all. Personally, I just use Dublin Bikes now. The exercise is a plus, right?