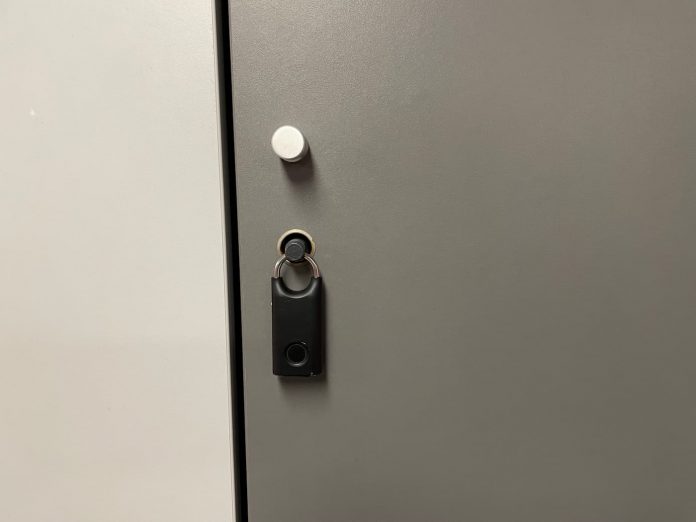 As anyone who’s been around me lately will testify to, I’ve been spending a lot of time in the gym lately. All I can talk about is protein this and bench press that. Now, it’s even creeping into my tech reviews. I bought a smart padlock (yes I do actually buy gadgets) and have found it perfect for my locker in the gym. It will work in loads of other places too so you might find a use for one yourself.

What Is A Smart Padlock?

To state the obvious, padlocks are typically used to secure things. You’re probably familiar with locks that require a key or combination to unlock them. I was using a combination lock myself for years but when I stopped going to the gym during the lockdown closures, I forgot the pin number. I riffled through some old photos on my phone and found it again, but I couldn’t change the combination and settled on buying a new lock.

Naturally, because I’m a nerd, I found myself looking at the Lexon Nomaday Smart Lock. Instead of relying on a key or a combination to unlock it, this padlock has a fingerprint reader built into it. The only way to open it is by scanning your fingerprint or thumbprint. Because this is an electronic padlock it has a USB-C port in the base where you can recharge it. But that’s it. Once set up, all you need is your hands to unlock your locker.

Are Smart Padlocks Worth It?

For me, this padlock solved some problems. I couldn’t change the combination and I was afraid I’d forget the pin. I was particularly worried about coming back from my shower without my phone and being stuck in the changing rooms with nowhere to go and just a towel to my name.

The digital padlock means I don’t need to worry about losing a key or forgetting a combination. Unless there’s a tragic accident with a benchpress machine, I’ll be able to unlock my locker with the tap of my finger.

There are additional benefits too. For example, if you have a lock with a key, you need to carry your key around from machine to machine. I had one before but the key was on my house keys which were awkward to keep in my pocket or lug around the gym. Finding little uses like this for tech is what I love and it made this smart padlock a genuinely clever solution to a problem I, and many other people have.

Ok, so it locks stuff and that really is about it. But there are a few other specs that you might like to know about.

The lock is a neat solution if your office is moving to a hotdesking model and giving people lockers. It might even be the perfect solution for your kids in school if they have lockers to store their books between classes. But it doesn’t have to be used indoors as Lexon’s padlock is IP65 rated. Feel free to lock things up outside with it.

Once charged, Lexon claims the battery will last up to one year or for 3000 unlocks. Obviously, I haven’t been able to put it through its paces to that extent so we’ll have to take their word for it.

The lock can store up to ten different fingerprints too so you can register a finger or two from both hands, an approach I strongly recommend. But you can also have multiple users registered too. Handy if it’s being used in a shared space.

I’ve been using the padlock for about a month now. It does solve the specific problem I have but it comes with the “but”. There’s still a bit of anxiety that creeps in after a shower or jacuzzi has left your fingers wrinkly and the lock doesn’t open on the first attempt. After a quick rub of a towel, it’s always fine. Both your finger and the lock need to be bone dry to work so just be aware of that.

It isn’t the toughest looking lock in the world either. Personally, I wouldn’t let it secure much more than my gear bag in a locker for an hour or so. I haven’t tried, but I sense you’d be able to force the lock if you really wanted to. Thankfully, it doesn’t have the dramatic weakness a similar smart lock on the market did that cost double the price.

But while there are negatives to be seen here, I’m delighted with my purchase. This smart padlock does everything I need it to do.

I do understand that sometimes it feels like we’re making everything smart without really wondering if it needs to be smart. I have a Bluetooth toothbrush that simply doesn’t need to have Bluetooth. But there are some unusual smart items that genuinely are helpful, like my Bluetooth sunglasses or Ember coffee cup. The Lexon smart padlock slots nicely into this category of useful tech for me, a decision made easier by the reasonable price of €49 too.

You can pick up the Lexon Nomaday Smart Padlock on Amazon.co.uk or from Three Ireland.