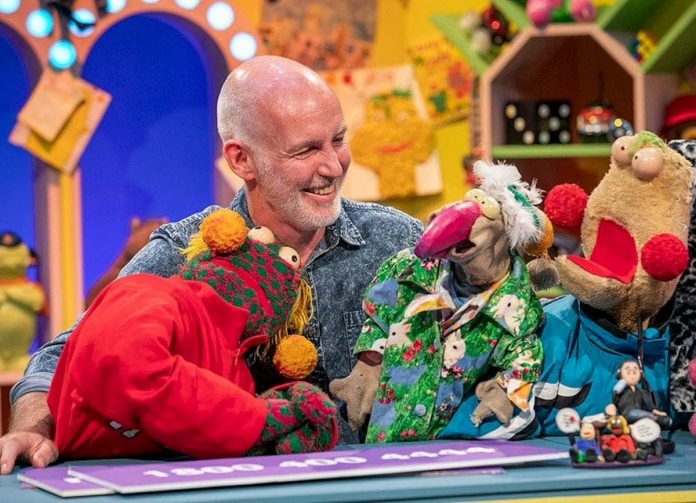 There’s been a really interesting trend that’s already poking its head out because of COVID-19. We’re craving retro stuff. According to Krystine Batcho, a psychology professor in New York, sees a resurgence of nostalgia during COVID-19 as a natural response. We’re all experiencing mega-stress and people generally “find comfort in nostalgia during times of loss, anxiety, isolation, or uncertainty”. I guess that’s why, when you’re having a bad day, a good dose of Reeling in the Years always helps. Well, RTÉ is hot on the tails of this trend after announcing that The Den is making a return this November.

What Is The Den?

While it had countless hosts over the years, The Den was a mainstay of many kids’ childhoods in Ireland. The two hosts which most people remember are Ian Dempsey and Ray D’arcy. There were even more characters who made the show so special. To think there’s a generation that don’t know who Dustin is or just thought he went to Eurovision. A generation who didn’t feel the pain of Zig and Zag “selling out” with a move to the UK. And a generation who didn’t fear Ted jumping across the room, love Zuppy like their own dog or see the team trying to catch a real-life Sock Monster.

Let’s not forget Snotzer either.

Much like how Tom and Jerry can’t smoke any more or bate each other up, The Den is a memory of kids shows being different. And now it’s coming back.

When Is The Den Back?

At a recent charity TV show, the cast of The Den came back for a short while and managed to anger a large number of One Direction and Niall Horan fans. I think it was probably around then that RTÉ realised they were on to something. Today, it’s been confirmed that The Den is coming back to our screens.

On 1st November at 6.30PM the team is back on RTÉ 2, which personally I still refer to as Network Two. 33 years after meeting Zig and Zag for the first time, we’re going to have them all back on the small screen. The 6.30PM time slot absolutely insisting that this is not really going to be a kids show. No, this is targeting the grown ups who need a bit of nostalgia. And I can’t wait.