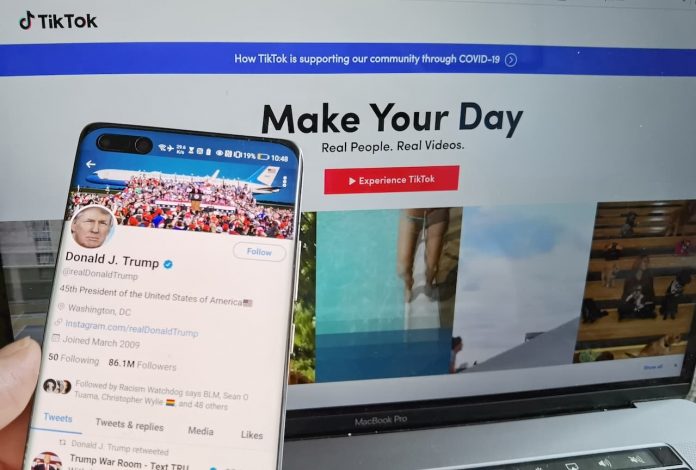 Yesterday we reported that TikTok was on the brink of a US ban by the Trump administration. Less that 24 hours later, and President Trump has signed off on a deal to secure the social media platform’s future in the States and may instil confidence back in users worried about the security of the platform, albeit with the fact nothing has really changed.

Trump has said that be believes “it’s going to be a fantastic deal” and that he has “given the deal [his] blessing. If they get it done that’s great, if they don’t that’s okay too”. Now, I appreciate that’s hardly confidence inspiring from Trump but it’s about as much sense as he’s ever going to make.

The deal, which Trump insisted was critical to the future of the platform in the States, sees Oracle and Walmart take a 12.5% and 7.5% stake in the company respectively. The remaining 80% remains under the control of parent company ByteDance.

ByteDance retaining 80% would still mean the Chinese company is 40% owned by American investors and that TikTok would eventually be majority American-owned.

For people using the platform, the important news is that the US Department of Commerce said it would postpone the ban on TikTok downloads until 27th September because of “recent positive developments.”

But what’s actually changed and why is Trump all of a sudden so happy?

When Trump is happy I get suspicious. All along this escapade was apparently about national security but has anything really changed there? Writing for Tech Crunch, Jonathan Shieber has offered the opinion that “the deal benefits everyone except U.S. consumers and people who have actual security concerns about TikTok’s algorithms and the ways they can be used to influence opinion in the U.S”.

Who’s winning here? ByteDance maintains overall ownership for now. Oracle gets a massive platform that needs lots of technology to be paid for while Walmart, perhaps most worryingly, as Shieber puts it “gets access to teens to sell stuff, and U.S. customer data is no safer”.

Don’t for a second believe that this deal was ever about national security. This was a business deal where TikTok was a negotiation tool. Where have wee seen that before? (Looks to US-China trade deals and Huawei).

But for now, TikTok is going nowhere according to a statement on Twitter:

If that’s put your mind at ease and you’re off to start an account, here are the people you need to follow on TikTok.