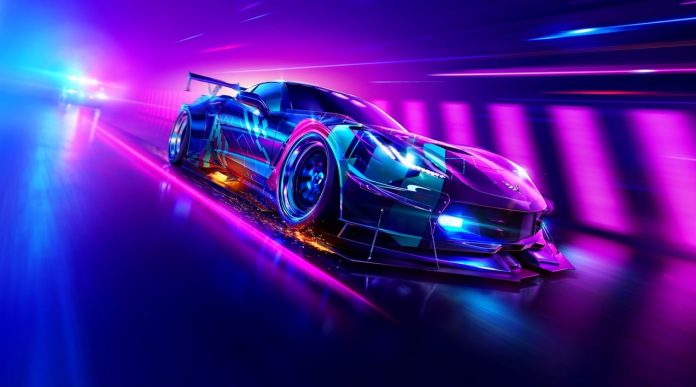 Need For Speed, a gaming staple for almost 25 years finally started feeling a little dead after the 2017 Payback edition. Gamers around my age will always hark back to the days of NFS Underground and Underground 2 as being the level that the series needs to be at. Gone are the days of NFS getting the big E3 treatment and coming into this review I wasn’t sure that Need For Speed: Heat would have was it takes to be the series salvation. What I can say is this… Heat feels like we are back on track it is fast, fun, and streets ahead of 2017’s properly disappointing Need for Speed Payback.

Need For Speed: Heat feels a lot more like a throwback to the days of Underground and Most Wanted with some modern tweaks. This results in a wide variety of car modifications available alongside mad cop car chase in an open-world arena. I found that Heat was built on a back to basics approach with new modifications and thankfully this stripped back and almost “old school” ethic works. As with any Need For Speed, we need a playground. Enter Palm City, a map designed of the Miami skyline and drenched in neon. Perfect you might say for a classic NFS. It’s not about interactive detail, it’s about having something sexy to look at as you drive by at high speed and this delivers. Sure the map is small in comparison to the Crew but its a totally different experience.

NFS Heat is basically split into two different zones, day and night. By day this city is full of sanctioned street races that earn you cash monies while by night the world is all about that illegal, underground racing and taking sketch away from the guard’s life that builds up rep points. To progress in the game you will need a fair amount of both to get anywhere, which is grand because the story mode is very loose and it’s more of an occasional diversion from Heat’s regular racing events.

Put it like this, if you want to race for new cars and parts you need to get out during the day to make that money. But to get the reputation needed to unlock the better packages and missions its the nightlife for you. To be honest, the night mode is visually far superior, the races feel faster…probably due to the traffic and wild cop chases.

Get to the Chase

Unlike games of yesteryear, the cop chases are more GTA with no set time limit and they are fair feisty until you get better vehicle upgrades. Your car is also equipped with a damage meter so going tit for tat with the police isn’t much of an option so when you can
get instant repairs from gas stations up to three times a night, too much damage and you’ll be arrested.
Remember the cops are king in this game, they can’t always outmanoeuvre you so sometimes the game will spawn the boys in blue nearby and their burst of speed is something else. If and when you do get caught you’ll lose a fair amount of bank and rep so it’s a tad bothersome when the busted meter starts once the guards are in striking distance if I can knock him aside and get ploughing on without writing of the car… just let me, please. Apart from that minor gripe, the cop races are challenging but very good.

There are plenty of cars to choose from in Need For Speed: Heat. To be honest, if you were unlucky enough to have played payback you’ll notice is mainly the same roster. It’s good to see Ferrari back on board but we are yet to see the return of Toyota. The cars are worked in fine detail doing every model great credit and there is a great selection of modern supercars but sadly there are no modern classics or old school street racers, especially in a game that seems built for them.

Throughout the game, as you progress through the levels, more cars unlock, of course at premium prices. As ever your starter car will only get you so far and buying a new motor will be required. Remember with drift, drag and sprint races all part of the game you will want a selection of cars fine-tuned to the specifics of each race type. But that will take a bit of time. Other than that the cars really are brilliant to look at but funnily enough, despite the brilliant detail such as animated raindrops trickling down side panels, nobody animated the windscreen wipers.

The driving in Need For Speed: Heat does feel a little different than usual. Drifts seem to be more automatic when you lift off the accelerator and pump it again at the corner. It takes some getting used to and I found myself accidentally skidding into some bends. You can change it yourself to brake to drift so maybe try both and see what takes your fancy.

The cars feel like they are a bit slow to get going and if I’m honest the starter cars aren’t the best demonstration of the games true driving dynamics, things get better as the cars do…naturally you might say.

NFS Heat’s upgrade system is a major improvement over previous generations. Outside of a limited number of special rewards, there are no more stupid Poker Machine styled speed cards to randomly tune up your motor. Thank be to the lord himself because that was painful. I really like the fact they went back to basics with a want a part by a part dynamic.

Need For Speed: Heat also includes engine swaps, a nice new feature that increases overall vehicle horsepower. You can even fine-tune your exhaust sound which is fun, subtle but seriously cool for petrol heads. Other car goodness comes in the editor where you can modify car body, stance, lights and pretty much everything you can think off.

Need For Speed: Heat, as we mentioned, feels like a throwback to the golden ages of the series with a minimal storyline and maximum action. By scraping together the best ideas throughout the generations we get something that probably isn’t the best arcade racer ever but surely the best NFS in about a decade. That kind of says more about how poor some of the games have been. Put it like this, Forza Horizon is probably the title to beat but this is as close as Need For Speed has come in a long time. It’s a great racer, beautiful, simple and fast…sure it doesn’t reinvent the wheel but I dare anyone who enjoyed the golden generation to not play this with a smile.