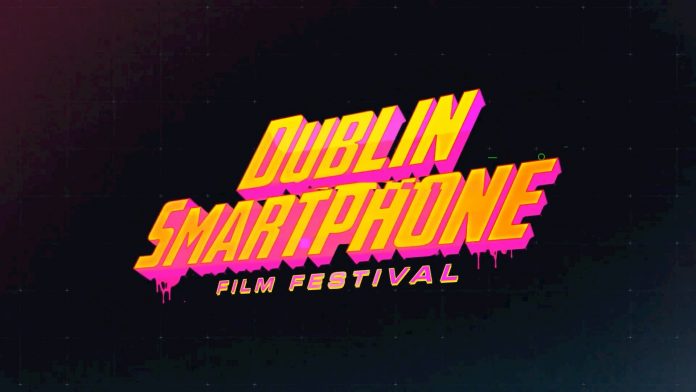 Do you remember the really early days of lockdown where we weren’t sure how much new entertainment we’d have for a while? Like, do you remember when Fair City stopped filming? They were some pretty dark days but thankfully they’re somewhat behind us we’ve got some live sport and a limited amount of new Netflix to keep us going. Oh, and Fair City is back. At the same time there’s been a notable drop in new TV to watch and a massive slump in movies. Thankfully, the 2021 Dublin Smartphone Film Festival is going ahead which means you can attend a movie festival from the comfort of your own home.

What Is The Dublin Smartphone Film Festival?

The Dublin Smartphone Film Festival is now in its fourth year. The name is a bit of a give away, but this festival is dedicated to films and shorts captured on mobile devices. That’s mobile phones and tablets which and the whole idea is why we love the film festival. Filming a movie should be about creativity, not needing a load of expensive kit. For this very reason, Goosed.ie has been a sponsor every year and this year is no different.

Well, it obviously is very different but we’re still a sponsor.

It’s Ireland’s only festival of its kind and in 2021 it’s one of the few festivals that will go ahead. Speaking from experience, the film festival will out perform your expectations. I’ve enjoyed watching movies created by people I’ve never heard of and even been moved by some of them.

The public’s reaction to the festival over the past few years is a reflection of the quality on show.

Festival founder Robert Fitzhugh said “we just could not believe the success of the festival in the past three years. We sell out each year before the doors even open”.

The 2021 Dublin Smartphone Film Festival ploughs on this year despite the pandemic. Like many other events which are going ahead, the festival will move online for this year so you can enjoy it all from the comfort of your own home. That’s probably an overused term now too, right? We’ve spent so much time at home, is there any comfort even left!

On the 30th January 2020 the festival will begin showcasing the best and brightest mobile filmmakers from around the world.  The event will show short films, documentaries, animations and music videos, along with educational workshops. With over 200 entries from more than 25 countries there’ll also be awards with categories include Best Fiction, Music Video, Documentary, Animation, and of course best Irish.

One big change this year, along with going online, is that the 15 minute limit on entries has been lifted. All of this means that the festival programmers have assembled an outstanding program with strong original concepts and inventive use of the technology. The festival has teamed up with SV Assets and, of course, ourselves here at Goosed.ie to provide amazing prizes and gifts for some lucky filmmakers.

What To Expect From The Festival

I’m really excited about the festival this year and I won’t lie, that’s largely because of the pandemic. If we’ve learned one thing from lockdown it’s that people have been getting blood creative instead of bored. Just look at Tiktok! Robert sums it up nicely saying, “this year is unfortunately going to be a little different. It doesn’t mean it isn’t going to be great. The pandemic and subsequent lockdowns have brought about an incredible period of creativity with people forced to use the tools they have at their disposal to tell stories”.

The Dublin Smartphone Film Festival will take place from the 30th of January to the 6th of February on XERB.TV. Head on over and buy your ticket today. You can pay €5 for a single screening or €15 for full access.