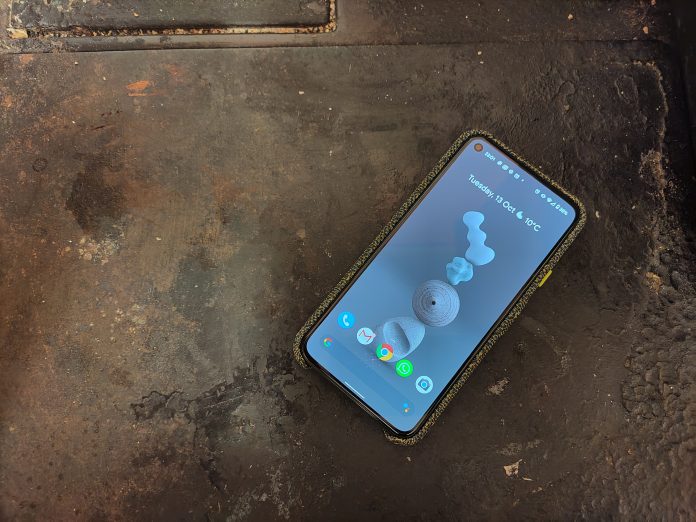 I’ve put myself into a bit of a technological experiment for the last few months. I tested out the Huawei P40 Pro and went all-in on the experience. Because the phone doesn’t support Google Apps, I started to live without Google. I really mean it, right down to the search engine I use daily. I thought it went quite well and even felt liberating after watching The Social Dilemma. Without thinking much about it, another kind of social experiment started. The Google Pixel 5 landed on my desk to review and I swapped over without really thinking about it. I think I love the Pixel 5 and I don’t know how to feel about it.

Something special happens when Google builds a phone. I don’t mean those old Nexus phones either, I mean the Pixel range. When Google builds these Pixel phones, they have full control. The release of the latest version of Android as it was intended to be used in its purest form. Google Pixel phones bring this fantastic marriage of hardware and software together and the result really is something special. When the Pixel range started, it wasn’t really available in Ireland.

The Pixel 3 and Pixel 3XL were the first Google phones to become available in Ireland and they were remarkable. The Pixel 4 was a bit underwhelming and had some highly questionable design choices. The result was an OK, but rather forgettable phone. To me, it looked like Google was struggling to find the market for their own-brand phones. Were they flagships? High-powered mid-range? Market-leading flagships? Google didn’t seem sure what the sweet spot was.

Naturally, all of this left me somewhat hesitant with the Pixel 5, especially given my Google-free life was going just fine. But, like I said, I love the Pixel 5 and here’s why.

Google has always done something special with their Pixel cameras. As you might expect from the world’s biggest search engine and company who would have gladly never sold hardware, the Pixel camera is mainly focused on software. When I look at the likes of the Huawei P40 Pro, now the second-highest ranked smartphone camera, there’s a rather stunning array of hardware on show, including Leica lenses.

The Google Pixel 5 has a, spec-wise, rather underwhelming dual-lens 12.2MP camera array and hardly remarkable 8MP selfie camera. The difference is that Google never wanted to wow you with numbers on a page. They wanted to impress you with a simple and great smartphone camera. I can’t quite explain it, but the portrait shots on the Pixel 5 are probably the best I’ve ever seen on a smartphone and they looks stunning. Back in the day, this bokeh style effect was reserved for photos of people because the phone would need to recognise a face. Now, you an take pro-looking photos of anything.

These shots weren’t carefully set up or anything, I just hit portrait and job done. The photo is taken and then you can see that it’s immediately being processed. It’s a giveaway that Google doesn’t try to hide. These great shots aren’t down to hardware, it’s software doing the heavy lifting.

It was a surprise that Google omitted a wide-angle lens on the Pixel 4 but finally, Google has caved. There’s now a great wide-angle lens too which means you have a great range of shot options at your fingertips.

All in all, what shocked me here is how much I’ve enjoyed using the Pixel 5 camera. I’ve not only been using the P40 Pro, but I’ve been testing the P40 Pro+ which is better still. These smartphone cameras are incredible and their zoom ability second to almost none. The Pixel simply can’t compete and doesn’t want to compete, on zoom. But fun shooting from the hip, man it’s great.

I’d consider what Google has done this year pretty brave. We live in an era of choice. Apple just launched the iPhone 12, iPhone 12 Mini, iPhone 12 Pro and iPhone 12 Pro Max. Google is keeping things much simpler with two phones which are more to be considered cousins than brother and sister. The Pixel 4a continues the recent Google tradition of putting a great camera into an affordable frame without trying to tread on the toes of the Pixel 5. There’s no seemingly endless list of variations of the Pixel 5 available either.

No. Instead, Google brings you the Pixel 5 and that’s it. One screen size, one memory variant, one camera arrangement and two colours. That’s it. That’s your lot. Instead of you worrying about choice, you just need to know if Pixel is a good fit for you or not. In the same week where the OPPO Reno4 Pro landed on my desk to review with a massive 6.55-inch screen, so too did the Pixel 5 with a 6-inch display. It’s not a small display at all and is just a shade smaller than the iPhone 11 display. But I was sure the screen size would irk me given I’ve been using a phone with a 6.58-inch display for months.

Again, I love it. Unlike last year, Google is making the most out of the front real estate on the Pixel 5. The “forehead” on the Pixel 4 was massive, but this year the Pixel has a simple in-screen hole-punch camera. The body of the phone is made from one of the most satisfying materials I’ve ever held and it all comes together to be a very nice to hold and light smartphone. The design is somewhat faultless, to be honest.

The hardest thing to test in this Covid-19 world right now is battery life. The reason being that phones just aren’t going through the same usage patterns any more. With that said, I can tell that I’m not very impressed by the Pixel 5 battery. Even though Google has crammed in an additional 1000 mAh into this year’s phone, getting a full day feels like an achievement.

Now, to be honest here, I’m used to the batteries of Huawei phones which are simply incredible. I’m also testing the OPPO Reno4 Pro which has some of the fastest charging I’ve ever seen. Google doesn’t have wow factor in either of these areas. If you’re an iPhone user, I would imagine that the Pixel 5 battery will either be familiar or better than what you’re used to. If you’re used to venturing away from your charger overnight, the Pixel 5 will leave you an anxious mess.

Now there is more to see here, beyond battery life. The Pixel 5 has wireless charging and even has battery sharing. This is great if you’ve got the Google Pixel Buds because you can charge them on the go. While the power in the phone isn’t that stunning, it’s a handy feature should you stay in a hotel for example. You plug in your phone overnight, turn on reverse wireless charging and pop your Buds on the back. One plug, two devices charging.

There are some added extras which claim to help make your battery last longer, but I just didn’t see the benefits I’m afraid. If battery life is key for you, you might need to look elsewhere. If you don’t mind the odd charge to get to the end of your day, at least the Pixel 5 supports 18W fast charging.

While the software-managed power levels are underwhelming, the rest of the Android 11 experience is exceptional. I love that when I tap the power button, I get a menu with all my Google Pay info and my Google Home devices. The layout of apps including the app drawer and even the design behind app folders is just so slick.

It’s hard to quite put my finger on what seems to great about the Pixel 5 software experience, but I’ve thoroughly enjoyed my return to the Google eco-system. Maybe I even need to eat some humble pie on this one and admit the gap between what Google has built and what Huawei needs to build is a little bigger than I first thought.

5G is getting serious this year. All major Irish networks now offer 5G and Apple unveiled their first 5G phone, the iPhone 12. The Pixel 5 is Google’s first 5G phone too but I’ve yet to give this a proper test as I’m currently down the country. Bare with me and I’ll update this once I get back to a 5G area. The exciting combination here is Google Stadia gaming and 5G coming together to make something really special.

The last thing I want to mention is the slightly pricey but bloody lovely case that was sent out with my Pixel 5. It’s a fabric case which might be a little questionable given the new paranoia we’re all developing over surfaces but I love the case too. The phone itself, without the case, might even feel a little small to some people with the case adding just the right amount of bulk.

If in-screen fingerprint readers aren’t your thing, the Pixel 5 keeps it simple with a rear placed sensor. One other thing I’ve gotten quite used to which I kind of miss is face unlock, but I can live without it. There’s no headphone jack and there are no USB-C earbuds in the box.

Finally, the Google Pixel 5 is IPX8 rated. This means the phone can technically be submerged underwater below 1m but that the maximum depth is not specified. You should be good to shower with the Pixel 5 though and isn’t that all we care about?

I’m going to start with the one negative. That battery life really isn’t something to be signing and dancing about. But with that out of the way, we have a simply remarkable smartphone in our hands here. This is Android 11 as Google wanted it to be used. Maybe some more manufacturers need to learn to leave it alone because it’s fantastic.

The Pixel 5 camera might not offer the zoom or the pro features you get with the likes of the P40 Pro, but it makes taking a great shot really simple. Everything about the Pixel 5, right down to the narrow range of variants, screams simplicity here. This is a phone that’s designed to work. This really is a fantastic phone and if ever there was a time for the Google Pixel smartphone to move from the shadows into being a mainstream flagship, the Pixel 5 should be the one.

The Google Pixel 5 is available directly from the Google Store or Vodafone Ireland.