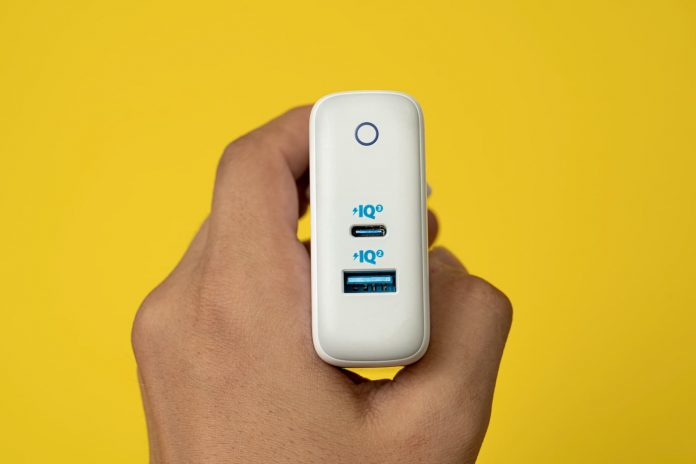 The iPhone 12 has officially been announced and it looks pretty neat. While we learned about all the specs of the iPhone 12, iPhone 12 Mini, iPhone 12 Pro and iPhone 12 Pro Max, there was also a quiet update on what you get in the box of your new phone. When you open up your new iPhone, you’ll notice a few things missing. While you’ll have a charging cable, there’s no “charging brick” (plug) for the wall. Also, Apple will no longer supply the earphones which fit iPhones. So, what’s the logic behind this decision and what’s the issue with it?

What Comes In The iPhone 12 Box?

When you open up your new iPhone 12 phone, you’ll get these items in the box:

More important here is what won’t be in the box anymore. You’ll no longer get the wall plug needed to charge your phone or Lightning earphones, needed if you don’t have wireless headphones.

What has really gone under the radar is the fact that all Apple products will ship like this now. By that I mean, even if you’re buying an old iPhone 11 now, your new phone will also just ship with the USB-C to Lightning cable in the box and it’ll ship without wired EarPods.

What Is Apple Removing Charging Bricks And Earphones?

Apple claims that they are no longer providing these items in the boxes of new phones as part of their environmental commitments. The Apple website states “As part of our efforts to reach our environmental goals, iPhone 11 no longer includes a power adapter or EarPods. Please use your existing Apple power adapter and headphones or buy these accessories separately”.

It’s a genuinely noble cause. I remember a few years back I was at an Anker launch in New York where they promoted this concept citing the huge wastage caused by phones shipping with chargers.

If I allow myself to enter a world of speculation for a moment. I can’t imagine a world where there wasn’t a conversation in Cupertino about this move saving Apple an absolute fortune too. Do I think this was the main motivator? That I don’t know. Maybe Apple really is just out to help the environment, but I do know there are two massive impacts of this.

By doing something nearly every day, it’s easy for potential danger to go unappreciated. That absolutely happens with phone chargers. We trust that a piece of tech has been designed and tested to do what seems a simple job safely. Yet, a couple of years ago, Samsung had to recall the Galaxy Note 7 because of fire dangers. A popular Irish product by the name of Firemole flew off the shelves because it addressed the reality that cheap chargers catch fire.

Charging phones can be a deadly dangerous business but this risk skyrockets when you buy a knock-off charger. Apple deciding to no longer supply a charging brick or plug for you to charge your phone with greatly increases the chance that people will buy the cheapest brick they can find.

The Apple website says that you can use your existing iPhone charger or buy a new one, but there’s a really important note here. The new USB-C to Lightning charger is very new. This is the first time Apple shipped this as standard. So they’ve effectively flooded the market with older USB chargers and moved onto USB-C without ever providing this to customers.

All of this adds up to a scenario where there is a great risk of fires because people have bought a low-quality charger.

How To Buy A Safe iPhone Charger

With an increase in fires caused by cheap phone chargers, Dublin Fire Brigade made a plea, asking people to only use chargers bearing the EC mark signifying the charger has been through a stringent testing process. They also recommend looking out for “red flags” like misspellings on the charger and not using damaged accessories.

I’ve already touched upon this above but the other massive impact here is that Apple has never provided USB-C port chargers before. They’ve packaged the idea of USB-C as an environmental and performance benefits. Performance coming in the guise of 20W fast charging. Older iPhone chargers that shipped with the phone were typically 5W chargers and you’d have to buy faster chargers.

While Apple is playing this out as an environmental and performance story, we really need to ask if it is or not? If you’ve never had an iPhone before, you likely don’t have very many Lightning chargers lying around at home. This means you’ll need to buy one. The only winner in that scenario is Apple unless they are specifically removing the price of these accessories from the retail price you pay. If you had an iPhone in the past, your new USB-C cable will be of no use to you because the port on the charging brick is different. Also, that charger will just get you 5W charging and not 20W fast charging.

I’m going to wrap this up by first of all complimenting Apple on an effort to reduce the waste associated with smartphone sales. But I’m also going to caveat that with some healthy scepticism. There have been calls on technology manufacturers to adopt a single charging standard, with an EU vote being one of the driving forces behind Apple’s shift towards USB-C technology. That sorts out the plug part but the cable still has Apple’s own Lightning connector.

Apple has resisted this change for years despite nearly every other personal smart device on the planet, including Apple’s MacBook range, moving to a USB-C standard.

Will this move benefit the planet? It’s genuinely difficult to know because people still need to buy chargers. Will this benefit Apple financially? Almost certainly.

What do I get in the box with my new iPhone?

Apple no longer includes wired earphones or a charging brick when you buy a new iPhone. This means you’ll get your new iPhone with iOS 14, a USB-C to Lightning connector charging cable and documentation. This is for all iPhones including older models.

What is the different between old and new iPhone chargers?

Where can I buy a USB-C charging brick for iPhone 12?

All iPhones will now need a USB-C charging brick unless you have older charging accessories. You can buy these from a range of retailers including Apple. You don’t have to buy official Apple chargers but it’s very important you ensure you buy a tested charger with the EC marking to show it’s been tested. Another popular brand providing USB-C charging bricks is Anker.