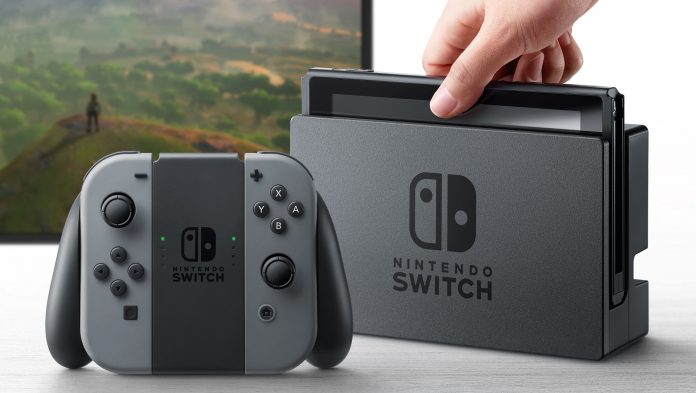 Four years, eh? Where does the time go? On the anniversary of possibly the most important Games console of our generation I thought I’d share a personal piece. Something that shows that while it’s likely halfway through its life-cycle it’s still the single greatest piece of tech in my life!

There isn’t really a lot that I can say about the Nintendo Switch that hasn’t already been said numerous times. From how it changed our perspective on handheld vs home console gaming to how it helped Nintendo recover from the failure of the Wii U, even to how it pays tribute to one of the most beloved figures in the games industry, no stone has been left unturned in discovering everything there is to love about the little machine. With so much coverage and exposure, you could be forgiven for growing bored with, or worse, indifferent towards Nintendo’s latest hardware release, but not me. Somehow the Nintendo Switch has remained my number one piece of tech since its launch in 2017 (possibly even before if I’m being honest). It’s by no means perfect, it will never live up to the raw power of the Xbox or Playstation families, nor is Nintendo’s online service anything to write home about, but all told, there’s nothing anyone can say to change my mind that this is the most important piece of gaming hardware we’ve ever seen.

New gaming launches are always special, Nintendo consoles in particular. I remember the lead up to the launch of the Switch as clear as day. I remember being blown away by the October trailer, showcasing the possibilities that a hybrid console could bring. I recall waking up in the wee hours of a January morning (4AM!) to watch Yoshiaki Koizumi proudly bring us through his latest project in more detail, walking away from my desk in work to ring Gamestop about a pre-order later that same day. When launch day finally rolled around, I knew I had to take a day off work to dive right into this thing. My anticipation even got the better of me when I tasted (you read that right) the Breath of the Wild cartridge; that turned out to be a mistake. I couldn’t wait to get it home, fire it up and lose myself in Hyrule again. Once I’d gotten it out of the box and removed all the peelies (taking the time to savour the sensation) I knew that my relationship with this console would be a long and happy one. I remember sitting in front of my telly, daring myself to mimic the people in the reveal trailer and undock it and continue my gaming seamlessly with giddy excitement.

I was never one to double-dip when it came to games. I always viewed one copy of a game as enough. Why would I need more than one anyway? You can only play one game at any one time so what’s the point? Well, that was pre-Switch Alex. Suddenly, I felt the need to re-buy any game I had the chance to. There were the obvious ones like Mario Kart 8 Deluxe and Donkey Kong Tropical Freeze, games that were trapped on a console that practically nobody owned but were always going to be insanely popular whenever my friends were over. But I soon found myself desperately wanting to rebuy even the big genre-defining games. Eventually I ended up with games like Shovel Knight, Cuphead, Dark Souls and The Witcher 3 (ironically I still haven’t given in to the memes and bought the Skyrim port); each of which I’d already put dozens, if not hundreds of hours into but now felt I had to have again because of the boundless possibilities the Switch itself presented.

My duplicate library would really come in handy when my girlfriend and I moved in together. No longer would I have to find ways to entertain myself when Love Island or Strictly Come Dancing was on (not hating on either, just not my thing). I had plenty of familiar, hugely fun games right on the small screen in front of me, waiting to be played. In fact, my Switch has really put its money where its mouth is where off-TV gaming is concerned. It’s been on every flight I’ve taken since 2017 and it’s always the first thing I pack if I’m heading home for a weekend. It even kept me company on jury service where I was able to knock out a few dungeons in Link’s Awakening while waiting to be called up!

A console lives and dies on the range of software it can offer and the Switch isn’t just living; it’s thriving, though not without a few hiccups. Coming right out at launch with the most ambitious Zelda game to date was an easy way to cement it as an instant hit and going from strength to strength with Mario Odyssey, Luigi’s Mansion 3 and even a new Animal Crossing (which lead to possibly my favourite friendship of 2020) only further solidified its place in gaming history. Throw the aforementioned ports of blockbuster games from years gone by into the mix and it’s plain to see that there really is something for everyone. But unfortunately, it’s not all good news. As I mentioned earlier, the Switch does have its problems, most notably the lack or any real backwards support for its predecessors. Nintendo’s refusal to bring their classic N64 or Gamecube titles to their retro collection series like they’ve done with NES and SNES games seems like a big, missed opportunity to score brownie points. Their alternative strategy to, in one case, bundle their older games together has even been met with some criticism for being anti-consumer. Similarly, the lack of any streaming apps (apart from YouTube), something that seems to be a given on any new web-enabled device these days, is baffling. And sure, it can be a little frustrating that ports of newer, more demanding games like Doom or The Witcher might not look as pretty on the little console that could, but you know what? None of these issues matter to me.

So sure, the Switch isn’t anything new at this point, and we’re already looking at what its mid-life successor, the Switch Pro might be. But right now, what’s not to love?

Also, just to prove to you that I did, here’s me tasting my copy of Breath of the Wild all those years ago. Enjoy.