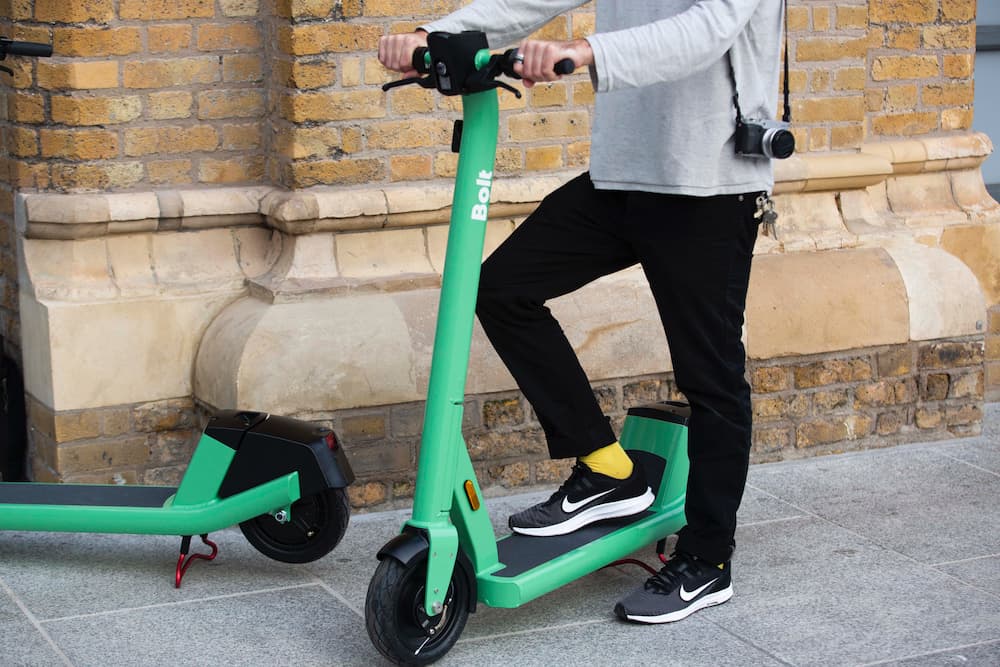 We’re still waiting for electric scooters to be legalised in Ireland, despite yet another seemingly false dawn. It’s no secret that shared scooter companies are circling with massive interest to see what’s happening. One such company is Bolt, who today has confirmed they plan to roll out a public scooter share system in Ireland.

For Or Against Shared Scooters

I’m wary of electric scooter share systems. They bring massive challenges with them, most of all for vulnerable pedestrians. However, those challenges aren’t with the scooters themselves but the users and technology is fast advancing to govern how scooters are used by members of the public, right down to where they’re parked.

For this reason, I’m leaning towards supporting shared scooter systems. After using them in Germany, they are an incredibly fun way to get around a city once the management of them isn’t forgotten. Bolt is a particularly interesting company too because they are more focused on the overall transport picture instead of just making money from scooters (which no doubt they will also do).

Today, Bolt has announced that they plan to introduce a shared electric scooter system to Ireland. They join a long list of companies that plan to do the same, but are perhaps the company with the most interesting vision for an integrated transport and delivery system.

Luke Mackey from Bolt said, “our data from similar sized cities shows that offering micromobility services like scooters alongside ride-hailing can replace up to 11% of car trips under 3km. Integration with the wider public transport system would only increase the value add to the public who can mix between cars, micromobility, rail and bus in one app”.

The interesting thing here is the potential value for the customer. For example, you’ll be able to do part of your journey in a taxi, something that you can already do with Bolt, and complete it on an electric scooter. Overcome the M50 part but not waste money sitting in city center traffic.

Bolt is planning to provide 10,000 their electric scooters to Irish towns and cities. Along with being a sustainable transport solution, Bolt expects over 130 jobs are to be created on the successful roll-out of e-scooters in Irish cities.

These local operation roles would manage the charging, maintenance and distribution of the e-scooters.

For now, however, we simply wait for the legislation that will make the use of electric scooters on Irish roads legal.