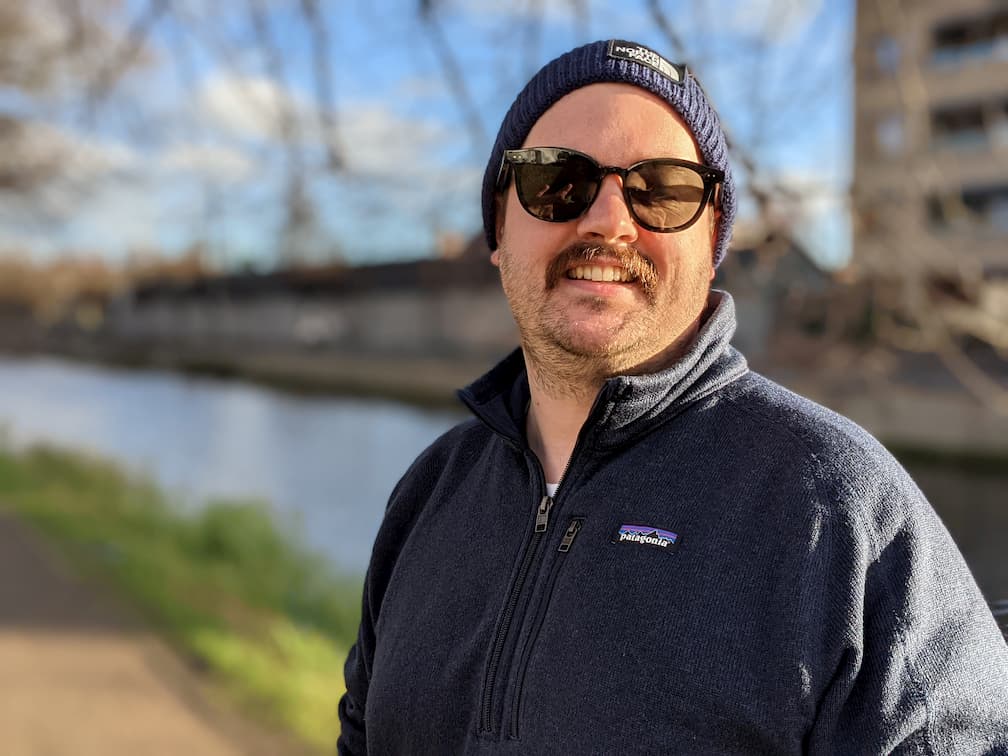 Isn’t that a boring headline. “Smart glasses that look normal” is perhaps the most underwhelming description of a cool product I’ve ever written. But it’s strangely positive. You may not be aware that a few years back, Google Glasses came on to the market but they bombed because, well they looked awful.

Huawei’s smart glasses and smart sunglasses take a style first approach to technology so they’ve overcome Google’s first mistake. Now, are they any good in general? I’ve been testing the Huawei Eyewear II Sunglasses for the past few weeks and here what I think.

These sunglasses aren’t the only smart eyewear from Huawei, nor are they even the first generation. They are the first to find their way to Ireland as the Chinese tech giant tries to fill the gap in the market generated by the whole Android fiasco reducing the appeal of the still wonderful P40 Pro. Huawei is shifting focus from phones for world domination to the extra tech devices we’re quickly adopting in our lives with eyewear being one of these areas.

Huawei is adept when it comes to change. Just look at the remarkable FreeBuds Studio headphones they launched earlier this year. While they’ve had plenty of good headphones over the year launching such a good pair of over-ear headphones with their first attempt was pretty impressive. However, when it comes to eyewear, Huawei realised they were a little out of their depth. They also knew that the area of smart glasses is dangerous territory and that collaborating with another known brand would mitigate some of the risks. Enter Gentle Monster.

Who Is Gentle Monster?

I have a special place in my heart for South Korea. It’s where I proposed to my better half. Their food is easily my favourite food on the planet. Their shows and movies are awesome and surprisingly, their fashion not only fits my tastes but my body! Would you believe that I actually evaluated these new Huawei sunglasses fully before looking into Gentle Monster and learning they are a South Korean fashion brand!

Indeed, Gentle Monster is a South Korean eyewear brand founded in 2011 and today has stores globally. Their style is typically slightly oversized. This is to suit their home market as South Koreans generally like larger glasses which make the face appear smaller.

To kick off this review, I want to give you an overview of what Huawei set out to achieve here. When you think smart glasses or smart sunglasses, your mind might wander to a pair of glasses with a camera built-in or something like Snapchat’s Spectacles. That’s not these. The way I would describe Huawei’s smart sunglasses is that they’re sunglasses first and smart second.

I’m a tech reviewer, not a fashion guy. I know what I like, but that’s about it. I do like these though and like I said, I liked them before I realised they were South Korean. Not only to they look good, but they’re comfy and block out the sun. There you have it, my professional opinion on the design of these glasses.

Semi-joking aside they are really comfy to wear whether going for a wee jog, walking, cycling, scooting or driving. The cycling one is interesting considering some of the tech I’ll go into later.

All this comfort comes from the glasses being light but secure on your head. You can tell this isn’t Huawei just slapping together a pair of sunglasses. Instead, it’s a nice pair of Gentle Monster-led designed glasses which Huawei has fit tech into. All that tech comes with an IP54 rating too so you’re ok to get caught in the rain, but don’t go swimming with them.

First of the tech on-board let’s look at the speakers. I mentioned about using sunglasses for cycling. The reason I think this is interesting is safety. The Huawei Eyewear II Smart Lang Sunglasses let you listen to music or take calls on the go without blocking out the surrounding sounds. You’ll have a similar music listening experience to being in a car for example, with a mix of ambient noise and the music you pick.

What surprised me, and initially made me uncomfortable was how clear the speakers were when out and about. For example, when on a call, it’s so clear that you feel the people around you must be able to hear. However, that’s not the case. I tested music and calls to my Mam with my better half nearby and she couldn’t hear anything. Now, if you were to sit close to someone in a library, it might be a different story but generally speaking, the sound is good and the calls are private.

If the noise levels in your surroundings get above average the clarity will suffer. During rush hour traffic, I was unable to clearly hear someone speaking to me on a call and had to swap over to using my phone instead. This was more related to me being able to hear them than them not being able to hear me.

Built into the frames is all the tech bits, including touch controls. These are on both temples of the glasses and let you control volume up and down, skip tracks and activate your voice assistant. I tested this with the Google Pixel 5 and Google Assistant worked perfectly. I also gave this a run with my iPad and Siri kicked in no bother.

There’s supposed to be a pinch sensor in the left temple. This is for pairing and can be customised. I couldn’t get this to work and found pairing with the glasses in the case much easier and reliable.

Bringing me nicely onto the microphone setup. As being able to take calls on these sunglasses is a big feature, what’s the call quality like? This is an area Huawei places a massive emphasis on. My preferred buds for meetings and calls today remains the FreeBuds 3, purely for comfort and call quality. The Huawei Eyewear II sunglasses are great for calls in quiet or moderately noisy areas.

The one thing to note is that people will likely think you look a bit odd talking to yourself and the technology in your sunglasses is not very apparent.

As I mentioned, in noisy areas calls are harder. The sunglasses don’t pick up too much noise but instead the problem is more the surrounding noise will drown out the built-in speakers.

This section is truly a tale of two halves.

First of all, the battery life never disappointed me. You get pretty close to the 5 hours of music playback which is mighty given there are not many places to fit a battery into glasses. That said, there’s more space than a pair of earbuds of course. One advantage here is pretty logical. When the glasses die, they’re still sunglasses. It’s not like a dead battery removes the tint or you won’t suddenly be able to take calls on your phone.

We do now arrive at the second half of the power story; the case. The case is where you charge your glasses. It’s pretty big. My first reaction wasn’t negative as I assumed the size meant there was a built-in battery for recharging when out and about. I was mistaken. This case is purely for charging when plugged in. If it’s not plugged into the wall, this case is nothing more than a big box for your glasses.

I was flabbergasted by this. The natural comparison here is the Snapchat Spectacles and its own case which gives you four additional charges on the fly. I just don’t get how power couldn’t have been fit into this glasses case. I’ll admit the case is really too big for me to carry around with me anyway, but I could imagine plenty of people with backpacks or handbags who would be glad of a small battery refresh on the go.

Once in the case and plugged in, the glasses take about 30 minutes or so to get to 90% charge and ten minutes more to go all the way.

One final note of oddity on the glasses here. You can’t turn them off. There’s no button for that. The only way to turn them off is to return them to the case and get them fully charged. Then they’ll turn off. Bizzare given I likely won’t bring the case with me given it doesn’t have power and is bulky.

This is a tough verdict to settle on. I’ll start by saying I love these sunglasses. I’ve been thinking about going down the Ray-Ban route for some time and really investing in a good pair of sunnies. These landed on my desk at the real right time. They’re exactly the kind of style I was after and the integrated tech is the sprinkling on top. They’re awesome and I love them.

I love the tech side of the glasses, but like – it’s not perfect. The audio quality for music and calls is great until you get into a noisy and busy city. You still need to carry headphones or earbuds unless you want to wear your sunglasses inside in a darker room and look silly while listening to Spotify – admittedly, a problem just for the sunglasses and not the regular smart glasses.

But I love these glasses mainly because they’re a nice pair of sunglasses, not for the tech. And here’s where people will struggle to justify the Huawei Eyewear II Sunglasses. At €299 from Vodafone for a slightly different style to the one I’ve reviewed, these are a spicy pair of sunglasses. My mindset before these classes was a willingness to pay up to €150 for a pair of Ray-Bans. Does the tech add enough value? That’s up to you.

I will repeat that I love the style of these glasses and the fact they both stuff in technology and are a collaboration with a South Korean company, adds some additional happiness for me!