As I watched the Samsung Unpacked event last night I couldn’t help but feel a little tired of phone launches. It kills me to say that, but they are all a little boring these days. I’ve test-driven the S10 Plus but have yet to get hands-on with the S20 Series. While I’m sure it’s a great phone, I can’t imagine it’ll leave me feeling all that excited. I like tech because I like to try new things and so does Huawei. The Chinese manufacturer sent me over a pair of their FreeBuds 3 to review and I’ve got to say I’m impressed. Here’s why.

I’m going to try and divide this up into things I like and don’t like about the FreeBuds 3. Some of the following features might be obvious to others, some surprise even me. It is worth quickly noting that I’ve been testing these with a Huawei P30 Pro sporting EMUI 10 which means I’ve been able to enjoy all the frills on offer. 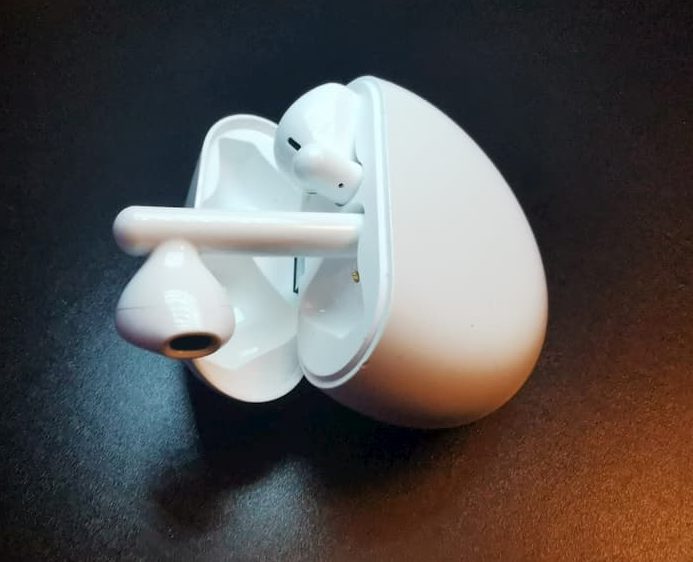 Let’s be honest here. If I don’t have something positive to say about the FreeBuds 3 in term of sound quality, I should have much more to say at all. Thankfully, I’ve loads of good news to unload here.

Unfortunately, while I was at the launch of the FreeBuds 3 in Munich last year, I didn’t get much of a look at them. I have now been using them for a few weeks and have absolutely fallen in love with them. While the FreeBuds 3 do lack AptX support, they still deliver crisp audio across the wide variety of genres that my own questionable taste in music spans.

I do find harping on about audio quality to be quite silly in a lot of tech reviews given it’s rather subjective. Take my word for it. I’ve been using a pair of Bose QC35 II for some time now along with the Creative Outlier and the Sennheiser Momentum 3 over-ears and the FreeBuds 3 completely hold their own here in terms of sound quality, even without AptX support.

There is one area of sound I can destroy in a review if needs be. Lag. Some buds are terrible when it comes to lag. I don’t think I’ll ever forgive Sony for the laughably bad WF-1000X which I bought and refused to review because they simply couldn’t be considered part of the Sony lineup – which has since been fixed.

Lag is no issue for the Huawei FreeBuds 3 either thanks to the adoption of Bluetooth 5.1. Not only does this offer superior transfer quality and imperceptible lag when watching video, but also improve stability. After a quick firmware update I’ve not experienced a single drop in connection, but ensure you do drop that firmware update once you buy because it’s crucial.

I don’t always cover call quality when reviewing buds. This is largely down to knowing call quality is quite often terrible with many pairs of buds. I made an exception recently with the Jabra Elite Active 65t that were my daily driver buds prior to the FreeBuds 3. In fact, I previously said they were the best buds on the market for calls full stop. That changes today I’m afraid as the FreeBuds 3 are remarkably clear for calls. This was a feature Huawei bigged up in Munich last year at the launch of the FreeBuds 3 and now I can see why.

The big test for buds like these when calling is when I’m walking home from the office and I call my Mam. If she struggles to hear me, as is the case with most headphones and earphones, the call gets cut shorter. If it’s a nice clear call, we’re both happy to talk for a full half-hour while I walk home. This is down to the call enjoyment for both of us being massively impacted by quality and my inability to hold a massive phone up to my ear for a thirty-minute walk.

I’ve had plenty of full conversations with the mother

The FreeBuds 3 have nailed call quality. Rather surprisingly, even in the wind, call quality is great. This is down to the clever design of the bud’s tips which protects from the wind while letting enough sound pass through at the same time. All of this means I’ve had plenty of full conversations with the mother thanks to these buds delivering great sound quality.

Think delivery driver. Think bus driver. Think taxi driver. They all have some sort of handsfree kit. Sometimes it’s a speaker in the car and others it’s a single earpiece. Well, if you want to use the FreeBuds 3 for calls like this you’re in luck. Huawei has utilised Truly Wireless Stereo technology for these buds. For many buds and, in fact, all buds I’ve tested except for the Creative Outlier, only one bud connects to your phone. This is called the master. The master then relays sound to the slave secondary bud. This leads to poor quality connection, delay and you being left in a position where if you want to use one bud you’re stuck with whichever the master is.

Thanks to TWS technology, both of the FreeBuds 3 connect to your phone independently.

Sidenote: I’m also a Mac user and loved using these buds with my Mac. They work perfectly. However, if you’re an iPhone user looking for AirPods alternatives, I wouldn’t recommend these as there’s no Huawei app which supports iOS. You’ll be able to connect but only have limited control over your buds without being able to update firmware.

I’m shocked that I loved this feature so much. The reason I’m shocked is because at around €370, the Sennheiser Momentum 3 failed in this area. When you take off the FreeBuds 3 they stop playing music from the likes of Spotify. Pop them back in your ears and they play again. Seems like a simple concept, but many have messed this up which ruins the experience. It’s a feature good enough to be worthy of a call out in my opinion purely because I actually use it quite a bit without even thinking.

I bought a drone recently and was absolutely shocked to see a micro-USB port on the back of it. I genuinely struggle to find micro-USB chargers around the house nowadays because everything is USB-C. I was glad to find that the FreeBuds 3 are also USB-C.

I was ever more excited to see that they charge wirelessly too. This is a cool feature for those who are on the road a lot and only want to carry one charger. If you have a phone like the Huawei P30 Pro, you have reverse wireless charging. This means that you can plug your phone in and night, flip it over and leave your buds charging on the phone too. This is where technology is and you just love to see it.

All in all, the FreeBuds 3 offer four hours of continuous use with an additional twenty hours in the charge case. Really impressive is knowing it takes an hour to fully charge the case which in turn takes an hour to charge the buds. Plenty of the power behind the smarts and power management of these buds is down to Huawei’s Kirin A1 chip.

While there’s plenty of things about the FreeBuds 3 that I adore, there are a few things that just aren’t for me. 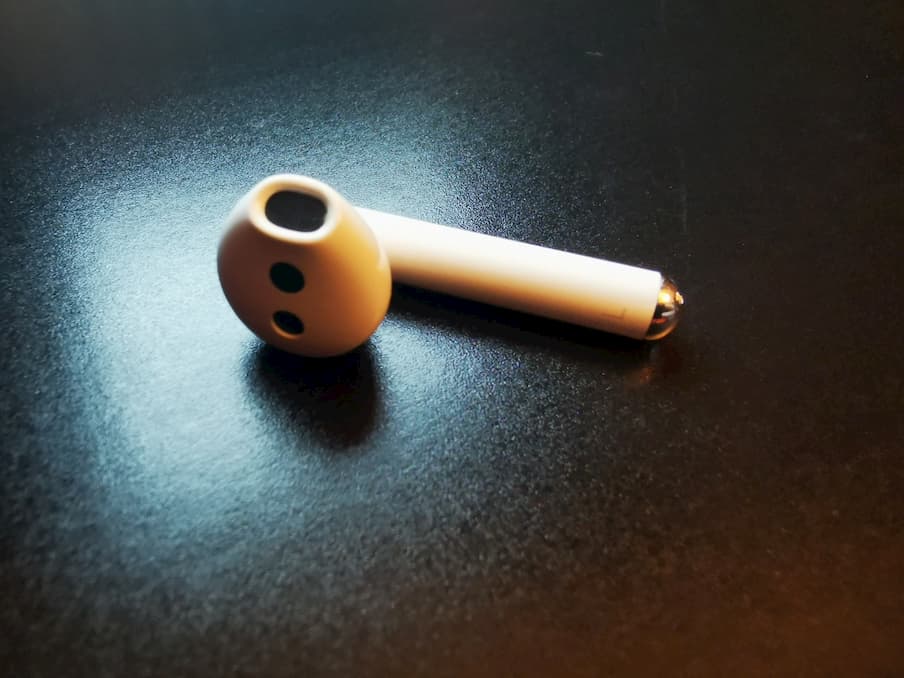 At first, I didn’t think I would like the hard plastic design of the FreeBuds 3 at all, but I grew quite fond of that being honest. However, I do sometimes struggle to take the buds out of their case because the plastic is quite slippy along with the magnetic system holding them into the case being quite strong. Once or twice I’ve dropped by buds while unloading them so don’t be doing this over drains or anything like that!

The FreeBuds 3 are the first open-fit wireless earphones to offer Active Noise Cancellation. On paper, it’s nice that they get the bragging rights over Apple here who only launched ANC buds with the much more expensive Airpods Pro. However, I’ve got to admit the noise cancellation just isn’t that great. Sure, it’s noticeable, but it comes nowhere near the likes of my Bose cans.

Now, this is largely down to the open-fit form factor. Even the Apple AirPod Pro buds have silicon tips which aid external noise suppression. The FreeBuds 3 perform valiantly without any additional support, but if you’re mainly shopping for noise-cancelling I’d keep looking.

The on-ear touch controls of the FreeBuds 3 are somewhat limited, though they are customisable. One thing you will not be able to control is volume. For me, this wasn’t a massive issue at all but it’s a worthwhile callout as it’s a much more important feature for other users.

Rather unfairly, Chinese manufacturers are often accused of taking more than a little inspiration from their U.S. counterparts. To be honest, I do get where these feelings come from and though I’ve only had a very brief chance to check out AirPods, I can see a few similarities between the FreeBuds 3 and their American counterparts.

Sure enough, the FreeBuds 3 looks very like the original AirPods. So much so, it was something that I had to get used to. I just wasn’t a big fan of the Apple looks but I do appreciate that this is something Huawei is clearly trying to emulate for users who want Apple aesthetics with market-leading technology.

If you do love what you’ve read so far but are hesitant because the white Apple look just isn’t for you, I’ve got some good news. While the FreeBuds 3 launched in Black and White they are also now available in a limited edition Red. While Red is a very lucky colour in China, it’s also the colour of love and ahead of Valentine’s day, Huawei has dropped the price of these buds to just €159.99 in Black, White and the limited edition Red.

At a recent event in Huawei’s Dublin HQ I got to have a first look at the red FreeBuds 3. They certainly offer something unique for those seeking a romantic gift, some luck or even something to remember Liverpool winning the title perhaps?

The ultimate compliment I can pay the Huawei FreeBuds 3 is the fact these are my daily rider earphones now. There’s something about how well they work with my Huawei P30 Pro, coupled with the sound quality that makes them a really enjoyable wear.

You can pick them up Carphone Warehouse, Vodafone Ireland and Amazon.co.uk, though the latter will require you use a virtual UK address.