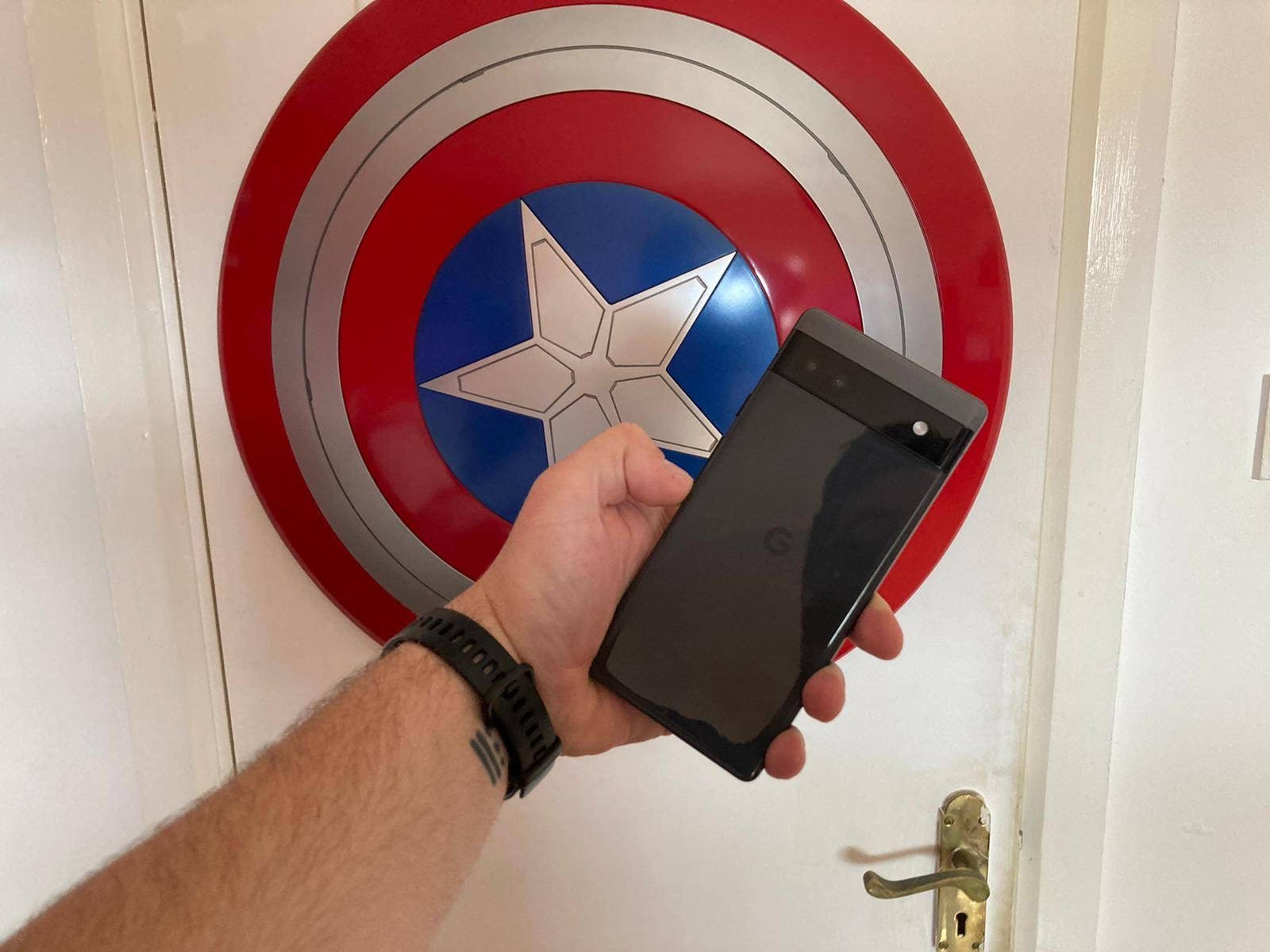 Over the last couple of weeks, I’ve had the pleasure of test driving the latest of Google’s mid-range wonders, the Google Pixel 6a. The 6a is the latest of the brand’s mid-range smartphones offering similar performance as the Pixel 6 and 6 Pro at a lower price. Sure yes, it’s smaller than the other two models but sure with its amazing performance, camera and price, sure what else could we want?

The Pixel 6a keeps most of the best features but trims the fat to bring the price to a rather reasonable €459. In a year where the new iPhone SE 2022, Samsung Galaxy A53 and other brands like the OPPO Nord are starting to close the gap in the mid-range race, Google has reclaimed the crown. If you’re like me and value the camera and battery over most other specs then I would recommend the Pixel 6a as still the best in class.

The Pixel 6a essentially looks like the standard Pixel 6, just smaller, with a glass front, aluminium frame and plastic back, the Pixel 6a is lighter than the competition and probably second in class versus the iPhone SE for overall oompf factor.

Look, the Pixel 6a is still a sizeable phone but in comparison to the Pixel 6 Pro it’s perfectly small in comparison, the design in itself fits perfectly with the Pixel range, continuing with the boxy stylings of the Pixel 6 Pro and Pixel 6. Some might say the standard Black (charcoal) colour is a bit unremarkable. Personally I like the black plastic look and if that’s not for you then we have Sage and Chalk. In common terms mint green and white/grey colour options which both offer some vibrancy to the handset.

The only major difference here in comparison to the other handsets in the Pixel range is the camera setup. The 2 camera sensors on the Pixel 6a are almost hidden on the left of the black bar that’s camouflaged by also being black. The flash on the other side whereas on the Pixel 6 and Pixel 6 Pro the array of cameras is spread throughout the bar.

The Pixel 6a is a very well-rounded build for a smartphone that truly looks more expensive than it really is and sure you can’t go wrong with an IP67 water resistance rating for good measure.

The Pixel 6a is rocking a 4410mAh battery which is very good at this price point and should do you the day. There’s no charger in the box, only a USB-C to C cable. If you don’t have one handy, you’ll have to buy a charging brick with a USB-C output or use another charger that you might have laying about. The Pixel 6a can get from 0 to 22% in about 15 minutes and can get to about 45% in under 30mins. When it comes to the battery life it’s worth noting what Martin mentions in his Pixel 6 Pro review.

It’s impossible for me to avoid reviews considering how widely covered the Pixel 6 series has been. I’ve noted many reviewers saying the battery life is much improved for Google’s flagship. To be fair, it has. The downside of that statement is that it’s only measuring against Google. There are plenty of better batteries on the market and charging just isn’t that fast despite Google saying it is. Adaptive Battery is clever, powering your phone more when you need it and slowing charge to 100% based on your alarm, but it’s still just an ok battery.

The likes of the OPPO smartphones and the One Plus Nord 2T still come with all the chargers in the box. Some include chargers offering up to 80w. They are capable of getting a phone to a full charge in 30 minutes. C’mon Google! This is the only place where you let down the side on this one. Right now, the Pixel 6a’s battery is holding the day easy, but it does seem to run a little hot when charging. The Pixel 6 Pro did show some heating issues during reviews too. It will be worth keeping an eye on over time if this leads to battery degradation long term, but for now, I’m getting to the end of the day without getting into the final 10%.

When it comes to software if anyone knows how to run Android the right way it’s always going to be Google. Better yet Google is offering 5 years of security updates for the phone so there is a chance that we’ll get security updates until mid-2027. Pretty nice if you ask me.

We will also get 3 years of Android updates meaning the phone will get the latest version of Android until mid-2025. With the phone launching with Android 12 from the box, which is pretty good as the Android 13 update will happen sooner rather than later. Before I forget, with the Pixel 6a being Google and all, we’ll get new versions of Android before any of the other manufacturers.

Right now my wallpaper is the live space map, which is pretty class hovering above Ireland and whatnot. It doesn’t seem to use too much just a light bit of action and movement that is just lovely, while you can choose the pantones for icons, text font etc which adds a level of flexibility that really makes this variation of Android pop.

There is also Voice to Text and Live Transcribe which you can use in the recorder app which is streets ahead of the competition while there is a currently playing type feature that listens to whatever music is playing and displays the track and artist, all from an offline database stored on the phone. You can tap the song and start streaming it from several streaming services, not just Google’s own YouTube Music.

If there is something else that the A series is renowned for it’s the cameras. Traditionally the A range would get the same camera as the Pixel and Pixel Pro but low and behold with the Google Pixel 6a we get a change of approach. Sure this year we get the same chip as the flagships but this is the first year we didn’t get the same camera array.

Bit of a shame not going to lie, but having said that while the 50mp sensor on the Pixel 6 is nuts the main camera on the 6a really really good, yeah not as good as the big boys but the software for processing pics is of such a high level most of us wouldn’t notice the difference.

So what camera line up are we getting?

Simple, the Pixel 6a uses a 12.2mp f/1.7 Sony IMX363 sensor with optical image stabilisation which you might know is the same as what the Pixel 5a was rocking. The Ultrawide lens luckily is the same as the flagships this year with a 12Mp f/2.2 Sony IMX386 lens. That means the picture quality is still top-notch and comparable to phones that cost more than double what you would pay for the humble Google Pixel 6a.

To be fair the camera on this is so good you wouldn’t know it’s not a top-of-the-range handset and its streets ahead of anyone else in the same price point, even if the main sensor doesn’t have the biggest number in the world. Yeah there is no zoom lens (You get Google’s Super Res Zoom feature instead) but then again who does under €500.

Now in today’s TikTok era, if it wasn’t already a big deal, it’s time to look at the selfie cam! The big build-up for what is a standard 8Mp f/2.0 selfie camera. No bells and whistles and will do exactly what you need, clear straightforward point-and-shoot pics. We also get 4K video recording at 60fps. But wait there’s more, we also get a speech enhancement mode that isolates vocal audio and cuts out background noise. As far as camera setups go for the price we are onto a winner.

There are a couple of cool additional features too which include:

The Pixel 6a is safe as houses and for under €500. It’s a dinger. Martin rightly said the Pixel 6 Pro is a contender for the phone of the year and if you want that power at a reasonable price the Pixel 6a is for you. Sure I’ve used the previous A-range models but I’ve moved from my OnePlus Nord to this as my daily driver.

Previous A-series handsets ran a little cheaper, normally tipping under the €400 price point but for a small increase, we are getting a hell of a phone. The only real downsides for me are the 60hz display and the slightly hot charging but when it comes to running Android as it should be. It is a Google Pixel after all and with the camera, software and styling of the handset well there’s no one else in that price range is going to beat them.