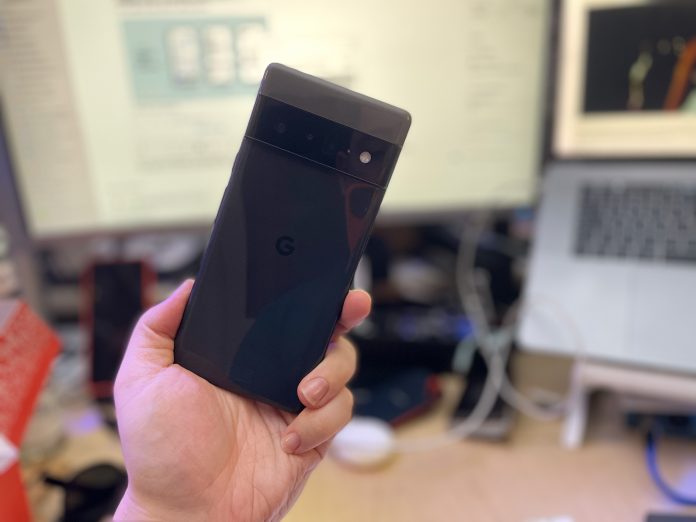 2021 has produced some great phones. I’ve had my hands on the cumbersome but impressive Samsung Galaxy S21 Ultra and loved it. I was converted from the Pixel 5 to the iPhone 12 in a big swing that was somewhat unexpected. But now, after a prolonged period of testing the new Google Pixel 6, I’m happy to put pen to paper on a review that says this is one of the best phones of 2021, pending one final review of the iPhone 13 Pro series, coming soon. The Pixel 6 Pro isn’t perfect, no phone is, but it’s absolutely fantastic.

The Latest Addition To The Google Pixel Family

Google has had an identity crisis when it comes to its flagship smartphones. Ever since moving away from Nexus and coming in-house, they’ve thrown their hat at various styles and iterations of Pixel. Shapes and designs changed dramatically along with core philosophies that drive Google’s smartphone product. This year, the company announced both the Google Pixel 6 and Pixel 6 Pro. Both phones are similar but with one just slightly more premium. That’s the one in this review.

Nothing says back to the drawing board quite like the bold design of the Google Pixel 6 family. A single straight bar across the back of the phone is the first thing you can’t help but notice. Did I like it at first? No. However, it makes sense. The phone doesn’t rock when it’s on your desk and it lets Google fit in some impressive camera hardware so desperately sought after for years. More on that later.

The design of the Pixel 6 Pro screams “we’re doing things differently”. Not from other brands, but from what Google has done to date. In fact, more than ever, with exception of the phone’s back, the Pixel 6 Pro is the most “like everyone else” phone Google has ever designed. I mean that in terms of physically to look at.

Gone is the playful colour power button, which I miss along with the odd decision to flip the volume rocker and power button. Also, the “power button” isn’t even a power button, requiring a two-button press to access power options, a trend that needs to stop in my eyes.

The Pixel’s display flows over the edges of the 6.7-inch display where you’ll find a pinhole selfie camera. The display is ok. It pales in comparison to the iPhone 13 Pro Max display when it comes to pure clarity, but it’s still ok. Rather surprisingly, despite the size of the phone, it’s substantially lighter (210g) than both the Samsung Galaxy S21 Ultra (227g) and the iPhone 13 Pro Max (240g).

Despite the rather bold and exciting design on the back, Google has conformed to wider design trends on the front. That’s not a bad thing, but it’s a remarkably unremarkable phone to look at. Until you turn it on.

When I reviewed the Pixel 5 you could read my obvious delight at Google’s stock Android running on a phone designed by Google was just art. This year, I’m less impressed by Android 12 but I’m blown away with how smart Google’s broader intelligent software is on the Pixel 6 Pro. My better half is German and my German isn’t great which has left me leaning on Google Translate more than once in my life. The Pixel 6 Pro can proactively translate German messages I’ve been sent in Signal and is also able to more accurately translate live diction.

Indeed, dictation and voice typing on the Pixel 6 Pro is an absolute highlight of using this phone. Even with my “paddy bog man” accent, the Pixel is able to pick up on what I’m saying. This is excellent for messaging people but really came into its own during a customer care issue I was having over webchat. No fiddly typing out the details. Instead, I could just speak as my phone perfectly transcribed what I said into a typed message.

The Pixel 6 Pro is simply packed full of smarts. Another excellent feature, which I did write about already our of pure excitement, is Call Screening. Don’t know who’s calling? No problem, Google can handle that for you whether it’s a potential scam or just an unknown number while you’re in a meeting.

Camera On The Pixel 6 Pro

Welcome to the main event. Google hasn’t upgraded their camera hardware in some time, but the Pixel 6 and Pixel 6 Pro finally gave us some fresh hardware to assess. Google’s camera software was the driving force in recent years but now we get the physical improvements to go with that.

The Pixel 6 Pro camera is the best smartphone camera I’ve ever used. That statement does run a little more ragged in low light or if you want to zoom, but for general photography, every shot slams.

I’m addicted to portrait mode. I use it both for product shots for reviews, here on Goosed, and for beer tasting. The camera just never fails to deliver a stunning shot.

It’s still not perfect, but the clarity of the rest of your shot tends to grab your attention more than any imperfections. If it’s video you’re more into, you’re covered too. It’s mad to think that just a few years ago gimbals were an essential piece of kit but now smartphone’s have incredible shot stability built-in. I love Google’s Cinematic Pan which slows your video, removes audio but gives stunning stability. It’s really handy if you’re a creator.

But let’s say you haven’t taken the best shot ever. Someone has photobombed you or there’s just some sort of blemish in the background. Again, Google’s smarts come into play. Magic Eraser lets you wipe out things from your photo. It can be a person, a thing or even just a smudge. Google’s AI kicks in and cleverly tries to work out what would have been in the background. It’s more hit than miss and works most times I need it.

Just check out these shots I grabbed in Portobello.

Just look at how smoothly you can remove people and even light poles from photos. As I said, it doesn’t always work but usually does.

There are so many great things to say, but I’m not going to lie; it’s not a perfect phone. There are a few things I didn’t like.

It’s impossible for me to avoid reviews considering how widely covered the Pixel 6 series has been. I’ve noted many reviewers saying the battery life is much improved for Google’s flagship. To be fair, it has. The downside of that statement is that it’s only measuring against Google. There are plenty of better batteries on the market and charging just isn’t that fast despite Google saying it is. Adaptive Battery is clever, powering your phone more when you need it and slowing charge to 100% based on your alarm, but it’s still just an ok battery.

The fingerprint sensor is slow. Noticeably slow. Google claims this is deliberate and in the name of security, but I have my doubts. I’ve come from the iPhone 12 and became quite accustomed to FaceID. Still, I was looking forward to a fingerprint sensor again given the whole mask thing, but alas it let me down.

I’m going to lump buttons in here too. The lack of a dedicated power button is irritating and even more so that Google killed the lovely accented colour that the single button used to have. Also, they flipped the volume rocker and “power” button. All annoying, but you get used to it.

I’m going to actually have to add “traditional availability” to this. If you want to buy your new phone on the high street you can only buy the Google Pixel 6 directly from Vodafone, not the Pixel 6 Pro. You’ll have to buy directly from Google if you want the Pixel 6 Pro, but that’s not necessarily a bad thing. Buying directly combined with clever shopping for a great SIM-only plan usually means you’ll spend less over a usual 24-month contract period while retaining your flexibility.

Right now, this is my phone of the year. But I’ll be getting my hands on the iPhone 13 Pro shortly to put that through its paces. That said, I thought I’d never move back from the world of iPhone until the Pixel 6 Pro landed in, and here’s the kicker. Both the Pixel 6 and Pixel 6 Pro are stunning phones but only cost €649 and €899. That means Google’s flagships are significantly less than most competitors.

Between value and the sheer joy the Pixel 6 Pro brought me, it’s an easy-to-recommend phone to anyone. It’s just so solid, takes the best photos I’ve ever seen in a smartphone and is great value.