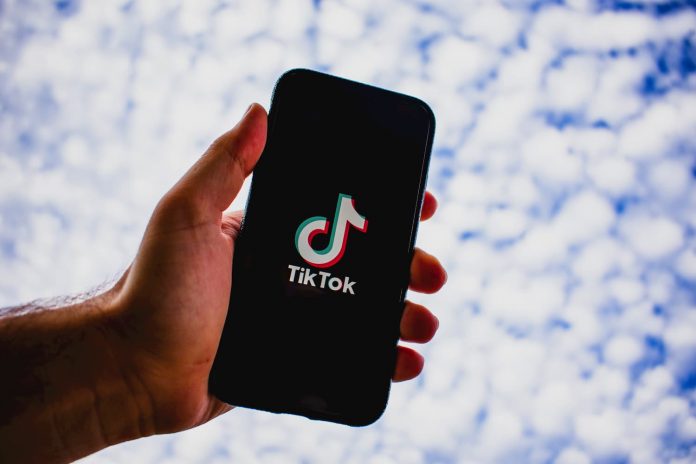 Writing this post is a big old gamble. I don’t think TikTok is going anywhere anytime soon, but the United States has fixed crosshairs on the Chinese social media platform, just like they did with Huawei. The company must sell US operations before September 20th or risk being banned in the “Land of the Free”. But this post is a gamble because the States makes up a large proportion of TikTok users. Trust me, I can tell from the amount of both pro and anti-Trump stuff being posted. I’m banking on the platform remaining damn popular in the coming months and years. While some are closer to leaving TikTok, if you’re thinking of poking your head in the TikTok door, here are some of the best accounts I follow.

I’m going to split up who I following into some different categories and I’m going to kick off with comedy.

I don’t love every single one of these Tiktoks but this creator has made me giggle a fair few times. AKA Fabu D, following this TikToker gets you lots of Irish comedy. You know that observational type that laughs at everything stupid we do as Irish people. I’m including Fabu in this list, fully knowing that his jokes won’t make everyone laugh, but they work on me. Give him a lash.

This account is just so stupid that whenever it appears I catch up on days worth of their posts. The entire account is dedicated to TikToks from virtual reality. From weird virtual parties to flat earth jokes made from virtual outer space. I’m going to give the same warning again. When it comes to comedy, I find this creator funny, you might not.

Ah this TikToker, for me, sums up the entire platform and why it’s popular. Splicing together some fresh recordings with footage from TV and movies, this creator makes loads of funny videos. It’ll make a lot more sense after you watch a few. The cut away style is really the strength of TikTok in terms of creatives and comedy.

I’ve just recently discovered this account run by Oneya Johnson but so far I’m loving it. As the TikTok handle might suggest, this account is all about angry reactions. Oneya makes use of another unique TikTok feature in Duets. This means he sees videos from other TikTokers and posts a reaction video alongside the original. His being extremely angry. This one might wear thin after a while but for now I love it.

It’s not my first time talking about Tadhg. Himself and the father and ever the wider family now are just hilarious. With 2.2 million followers, Tadhg might well have the biggest TikTok page in Ireland. His family mandess garners much interest. You might remember him going viral when his father, Derry, was chasing a bat around the kitchen. So viral he actually ended up on Ellen.

You might know Mia, you might not. That’s between you and your browser history. Today, Mia is creating some of the funniest videos on TikTok and now garners over 10m followers. She’s give hilarious takes on her past but also create some quality new content too.

I think this is probably one of my favorite finds on TikTok. I never fail to laugh at the content these guys create from their New Zealand radio show. They let a lot of shit fly on the airwaves over there and the result is comedy gold on TikTok. From inappropriate jokes about the classic tune “Come on Eileen” to deliberately going silent on air to make a backup tape kick in, the spectrum for comedy here is broad.

You may or may not have heard that there’s a TikTok creator experiment going on in Dublin right now. I’ve not given it any attention except for knowing that Marty Guilfoyle, a well-known DJ, made headlines in there. It was an odd attempt to “cancel” a seemingly lovely man for no good reason whatsoever. He leave the so-called “Goat House”and to be honest, he may have been better off. I say that purely based on the fact I followed him before all of that and thought he was gas.

Love a bit of science and deep thinking. It was Neil de Grasse Tyson who made me realise what my real taken on religion was when I opted to leave the church. He has a way of taking really complex scientific concepts and making them extremely palatable. Not only that, but he sprinkles loads of comedy in there too. I learn more than I laugh so it goes into science TikToker category.

I honestly can’t get enough of this TikToker. Apparently he’s better known on YouTube but Architect Russell does two thing brilliantly. First, he’s cutting out a corner of TikTok for himself, focusing on how our cities, homes and shops are designed and built. He manages to talk about some of the most mundane stuff on the internet and make it really interesting. What he does even better is perfect loops. As his TikTok videos finish, they restart seamlessly, leaving you wonder how he managed it. As someone who is trying to make more TikToks, he’s wrecking my head.

If you want to get in on the ground floor with a TikToker, here’s your chance. Bob is one of Ireland’s best known independent auto-reviewers. I’ve watched some of his reviewed and what I love is that he’s just and Irish man giving his opinion on cars. There’s really no bullshit. The gas thing about Bob is that he’s just started answering general questions about motoring on TikTok. It turns out that there was noone really doing this and now Bob’s knowledge has led to him getting thousands of followers in just a few days. He’s gas, full of knowledge and growing fast so get on it.

What I love about TikTok is that you can come across rabbit holes of learning. Honestly, you could spend two hours learning from someone elses lived experience and Lucy Edwards, a BBC Radio presenter, is one of those creators. How do blind people read emails, use an oven, find their phone or plug in their phone? Can blind people be afraid of the dark? See, you’re fascinated aren’t you. You can follow Lucy on TikTok and get answers to this and more.

There’s a shocking lack of tech reviewers on TikTok. At least, my algorithm has been very slow to show me tech reviewers. I just discovered this guy today!

The quality of George’s TikToks are top class. He specialises in all things Apple but has plenty of other things to talk about in the world of tech too. He even has a take on blue light glasses which I’ve just reviewed myself. With 305k followers, George clearly knows what he’s talking about but also knows how to create the right kind of content to get TikTok salivating. Only discovered today, I’m looking forward to following him.

Duh. It’s a shameless plug. I’m trying to grow the channel so g’wan over there and give it a follow for the craic. Two videos got a fair bit of attention so far. A Eufy robovac cleaning the floor and a P40 Pro fast charging. I’m trying to crack what makes things popular over there so all ideas welcome!

Honestly, it’s so hard to find decent tech reviewers on the platform. That’s kind of why I’m hoping to bring something to TikTok that isn’t there right now. If it is there and the algorithm just isn’t playing ball with me, please suggest some tech TikTokers to me!

So, give them all a follow and let me know what you think. Any questions about TikTok? Sure pop on and leave a question in the comment under any video and I’ll come back to you! Happy TikToking.