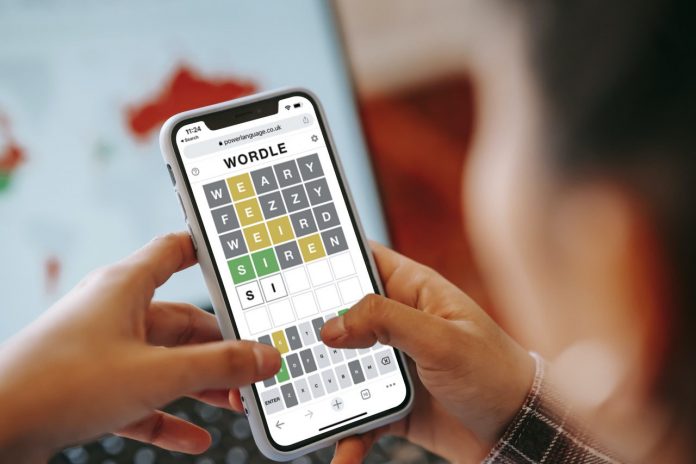 I love when this happens. I see something random on Twitter but I keep scrolling. Moments later I feel deja vu as the same thing appears again, but from a different account. Ah! Something has gone viral. This time around it’s a word game called Wordle. Here’s everything you need to know to get up to speed.

With all of this information, you have six guesses to work out the puzzle.

That’s what Wordle is in a nutshell, but there’s more to the story than that.

This is where the story gets awesome. I like the game. It’s one puzzle per day and it stretches the brain without you losing hours to it. But the background to the game is even more impressive. Wordle was created by Josh Wardle, a US-based software engineer. His partner loves word puzzles so he created this game for her, the name being a play on his own surname. Isn’t that romantic?

After a while of playing the game, it was expanded to the family WhatsApp group before it grew and grew and grew. According to an interview with the creator, Wordle had 90 players in November but last Sunday had over 300,000 players. I’m certain that number has been dwarfed now.

How Do You Make A Wordle?

There are a few strategies you can deploy to try and beat your round of Wordle. Starting with a letter-rich word is a great way to kick off. Avoid words with duplicate letters like “motor”, instead, try “urban”. This will let you check the max number of letters in your first go. From there, it’s really important you pay attention to the coloured blocks. The only thing you need to remember is that you can only guess words. You can’t just fire in random letters and every guess is checked against a dictionary.

Green means you’ve nailed a letter. Not only is it in the word, but it’s in the correct position too.

Yellow means the letter is in the word, but you’ve got it in the wrong position.

Grey means you’ve found a dud. Forget about it. Stop trying out words containing this letter at all.

Here’s the guide from the game itself:

How To Save A Wordle

You can’t really save your progress in a round of Wordle. However, your browser will remember you. Once you don’t clear cookies, don’t use private browsing, change browser or device you’ll be able to pick up where you left off should you need to go get some inspiration.

Once you keep the same device and browser, the game will also track your stats including total games played, game won, your current win streak and best win streak.

And here’s the clever viral part that’s made Wordle blow up on Twitter. The creator noticed that once the game started to spread, people were sharing their daily progress in a grid of emojis. So he updated the app in December. To share, tap the gear icon in the top right and click share. This will copy your grid to your clipboard so you can paste it on your social feed.

The paste will include the Wordle game number, the number of guesses you needed and your progress grid showing your process.

Describing it as a “letter based fight club” is just perfect.

How Do I Get A New Wordle?

The beauty of it all. We live in a world where people like Mark Zuckerberg is spending billions on virtual reality in order to increase platform engagement. Wordle is very much designed to get you in, puzzle you briefly and let you along your way. You have one puzzle per day. That’s it. Once completed, you have to wait for the clock to reset and the next day’s word to load.

So now. Off with you to start your Wordle journey.