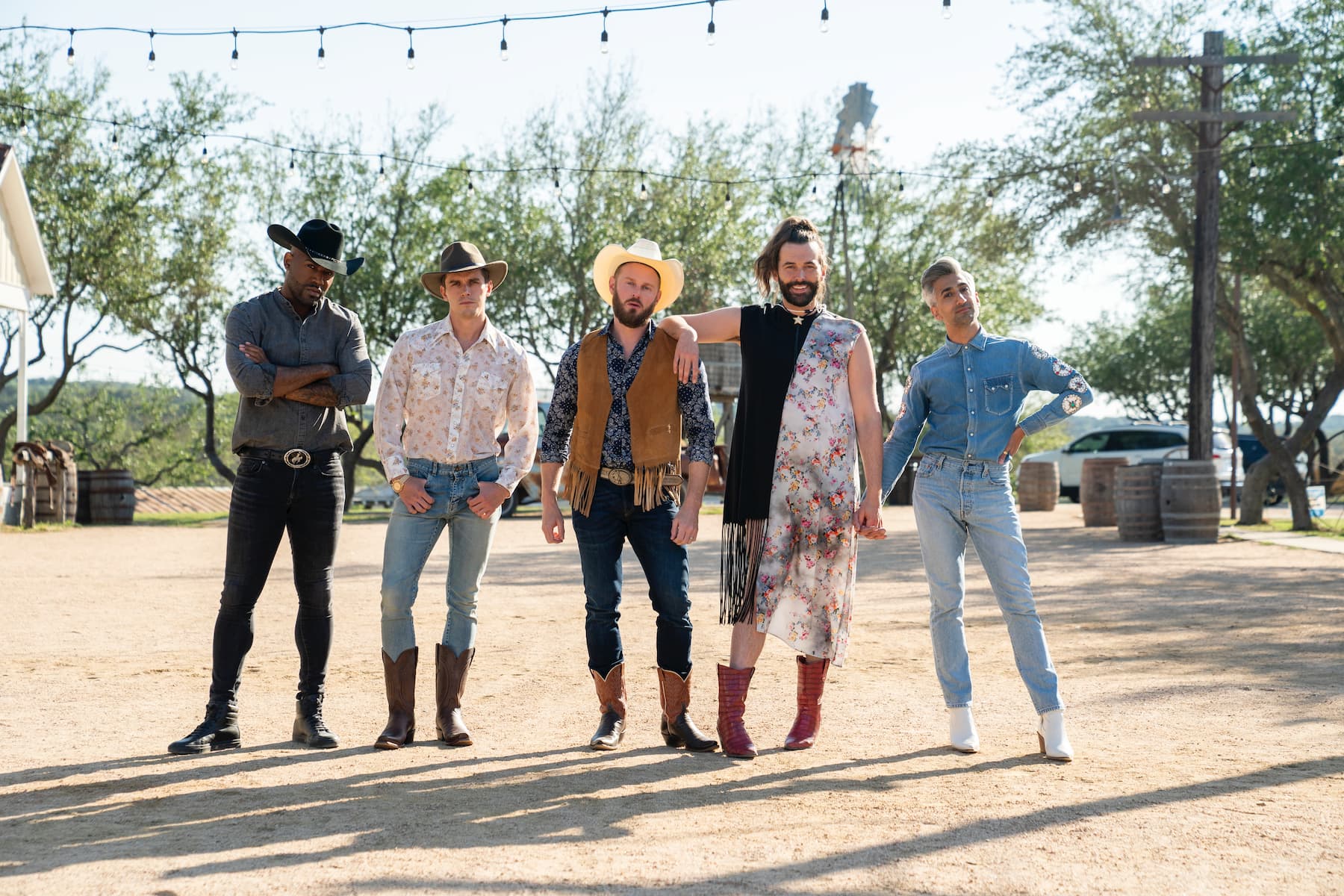 I’ve started a few articles like this. It’s been a horrid two years. The past few days have been social media feeds of antigen tests and isolations. Some glimmers of hope and humour from time to time, but lots of reasons to be down too. I noticed my mood was lifted quite a bit lately and couldn’t put my finger on why until I remembered the embargo of Queer Eye 6 lifts today. I’ve watched the entire season six already and man oh man is it the healing we all need right now.

When Does Queer Eye 6 Come Out On Netflix?

The bad news is that I’ve binged Queer Eye because I had screener access. The good news is that your wait is nearly over. Queer Eye Season Six launches on Netflix on December 31st, also known as New Year’s Eve.

Is Queer Eye Season 6 Worth Watching?

With every fibre of my being, I say yes. I beg you to watch it. I felt every episode heal me. I’m not going to lie, I got emotional watching about 50% of the episodes. There’s just no badness in any of the “Fab Five”. Instead, they emanate pure goodness. The news and social media is nothing but doom and gloom these days. Queer Eye Season Six is the break from it all you need. It’s ten hour-long episodes of people catching a much-needed break in life.

Season Six is based solely in Texas. This of course adds to the impact of this season given that American is still wrestling with Trump’s legacy and Texas remains a Republican (read conservative) stronghold. This new season covers a lot but does make time specifically for an Asian-owned business whose owner experienced increased racism following the Covid outbreak and a member of the trans community who has lost touch with her father following a coming out. These two episodes alone show how Queer Eye keeps a finger on the pulse of today’s biggest problems and the real impacts which may fly under your radar.

After watching the ten episodes of Season Six, I was sad, but it was a happy kind of sad. I felt fulfilled. Reminded there’s good in the world. Reminded that despite the problems everywhere in the world has, there are beams of light to be found.

What Is Queer Eye Season Six About?

Much like previous seasons of Queer Eye, Series Six follows the “Fab Five” as they give people in need a leg up in life. The “Fab Five” is  Antoni Porowski, Bobby Berk, Jonathan Van Ness (who I think is my favourite), Tan France, and Karamo Brown. Each has a speciality. For example, Antoni helps people learn how to cook, while JVN helps their clients with skin, hair and general beauty. Queer Eye is not about just making people look great (though they do). It’s about helping people feel comfortable in their own skin and being more confident in their day to day lives.

I remember, not too long ago, I’d never watched a single episode of Queer Eye. I didn’t think it would be for me. Fast forward to last week when a tear dangled beneath my eye watching a Texan woman absolutely glow up with newfound confidence to wear her natural hair. I think this may have been the moment of the series for me. Let’s give that a quick countdown.

Moments To Watch Out For In Queer Eye Season Six

Spoilers ahoy. I recommend watching the series without reading these bits though I’m not going to go into great detail.

A honky tonk dancing teacher reveals her natural hair after refusing to allow JVN to see her without her wig. It took me forever to even realise she was wearing a hairpiece (though naturally, JVN noticed almost immediately). The series had to stop filming because of Covid but when they return to see the woman again, she’s wearing her natural hair. Honestly, my mind was blown. It’s a season, if not series, highlight.

Can love conquer all? What your partner comes out as trans? This was Angel’s story, whose girlfriend stuck with her throughout. Is she pansexual now? I don’t know, nor do I think these labels really matter beyond love winning out.

Episode Three: Not All Republicans

Not all Americans, nor even Republicans are bad. I’ve been reminded of that a lot lately. This entire episode surrounds a man you’d never expect to see get along with the Fab Five. It’s a must-watch episode because it challenges a lot of the preconceived notions we have developed following Trump’s reign.

Episode Nine: All The Food

Dublin is full of amazing Asian eateries that took me way too long to find. I’m guessing there are plenty of others around who’ve not tried them yet. This episode showcases some stunning Asian deserts which is just one small part of the culinary delights from my fave part of the world.

Where to watch Queer Eye Season 6

Powered by JustWatch
Ads To Pay The Bills