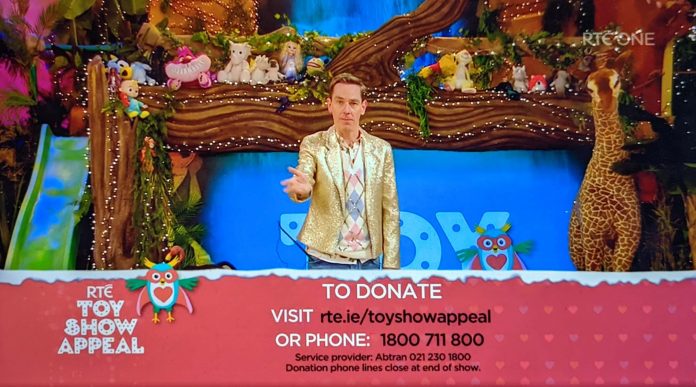 The morning after the Toy Show is always that little bit sad, knowing it’s a whole year away from now until we get to go again. However I’m feeling about it though, I can only imagine how the Revolut tech team is feeling. After major rolling outages all day during Black Friday which continued into the Toy Show hours, RTÉ was forced to remove Revolut as a donation channel for the Toy Show Appeal. As a gesture to make up for lost donations, Revolut’s CTO, Vlad Yatsenko, has offered to make a personal donation and match public donations too.

The timing couldn’t have been worse for Revolut to have outages. I was in a cafe grabbing some lunch and trying to add some cash to my Revolut card when I noticed what was going on. A quick check of the Revolut Status page for Ireland told a grim story as everything was down.

Naturally, the assumption is that Black Friday sales were reaching record-breaking levels and placing incredible stress on the digital-only bank with Ireland’s 1.5 million customers getting their spend on.

Unfortunately, the outages carried into the night and impacted donations to the Toy Show Appeal. At one stage during the night, Revolut was removed from the on-screen promotion of the Toy Show Appeal and when the show came back from a break, the host, Ryan Tubridy, pushed people towards the official appeal website instead. The app did come back functioning during the Toy Show. I tested it and got my own donation in, but it was not promoted on-screen anymore.

This led to quite a bit of backlash online with members of the public, including Dustin the Turkey’s official Twitter account, calling for the online bank to make up for lost donations to the charity.

Vlad Yatsenko is Revolut’s co-founder and Chief Technical Officer (CTO). Basically, that means he would have been the one in Revolut having to answer the big questions about what’s going on with the outages.

Vlad answered the call to make up for missed donations to the charity. In a tweet from his personal account, later shared by The Late Late Show’s account, he announced that he donated €100k directly to the charity himself. He continued to state he would “match further donations this weekend via Revolut up to €1 million”.

At the time of writing, Revolut donations to the Toy Show Appeal stand at €1.6 million. It’s unknown what the number was at the time of Yatsenko’s tweet and how much more will need to be donated for him to end up donating, but I find it very likely it’ll be the full €1 million. Once that €1 million figure is hit, the charity stands to benefit well over €2 million from Revolut along which at the peak of the night was the source for 50% of donations before the outages hit.

Revolut has also added a call to action in the app’s home screen, encouraging people to donate and prior to the show sent a communication to all customers who had opted in.

Update: Article updated to include the planned customer communication was sent prior to The Late Late Toy Show.