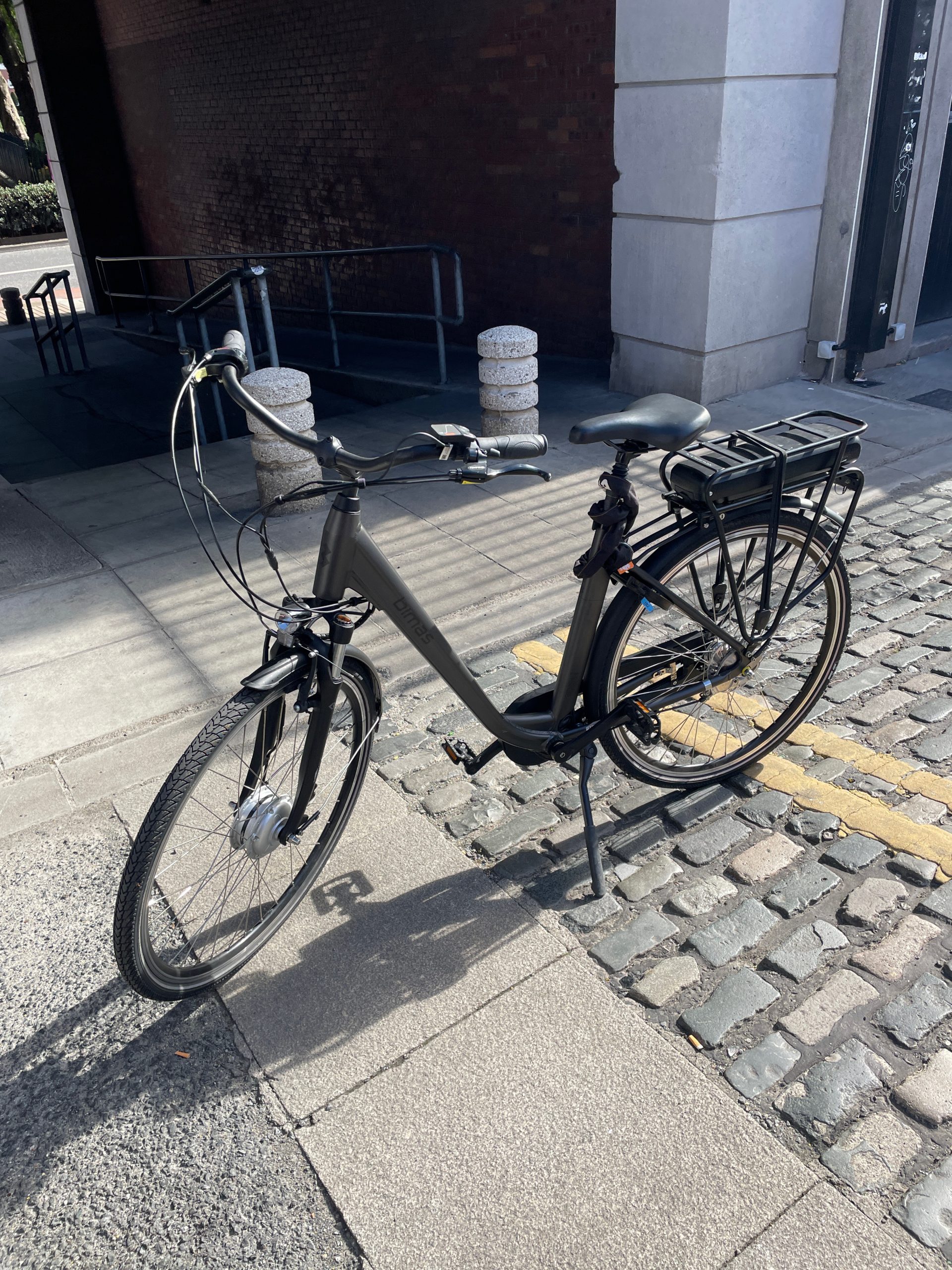 For my sins, I’ve had a few spins in Dublin City centre in my car lately. It’s something I try to avoid like the plague. I see my car as a specific tool for a very specific job and Dublin City centre just isn’t the place for it. I much prefer active travel, particularly cycling, even though I don’t own my own bike. I use Dublin Bikes, Bleeper Bikes and from time to time, Moby Bikes. So I was pretty excited when Bleeper got in touch and offered me access to Bleeper Subscriptions, their long term ebike rental scheme.

Bleeper Bikes launched in Dublin back in 2017. Despite a rocky launch due to Dublin City Council restrictions, the service has become a popular and widely used method of getting from A to B in the city. Ebikes have, in parallel, grown really popular amongst those opting for active alternatives to public transport. Bleeper spotted an opportunity to create a longer-term bike rental scheme where customers can lease an ebike. This is called Bleeper Subscriptions.

Bleeper Subscriptions start at €28 per week for a folding ebike. I was testing out the Bleeper eCity 1 Subscription which will set you back €35 per week, or €140 per month. This subscription will over you cycling up to 250 kilometres per week, which should be loads for most users. There is one further plan which costs €51 per month for a cargo ebike if you have heavy transport requirements.

The final thing you need to know about is the €100 deposit. You’ll get that back once you look after the bike and return it at the end of your subscription which you can cancel at any time with seven days notices.

Given I’ve never owned a bike in Dublin City, I wasn’t expecting much from leasing one. I’ve been able to get by just fine using various bike-share schemes. Fortunately, the test came just as I had quite a bit of getting around to do, between going to the office and a few dentist visits. The only oddity in my trips is that they were all quite short hop inner-city trips. Still, the result of having a bike sitting there waiting to be used was me getting very attached to my Bleeper Ebike.

There’s some next-level convenience in having a bike to hand, exactly where it’s expected at all times. No more worrying about a bike being at the dock or walking halfway across the city to find one. I didn’t have to worry about the dock at my destination being full or the area being disallowed for parking.

All of these points I’ve experienced while using bike share systems.

Leasing an ebike comes with a much higher sense of ownership. Now I did have an electric scooter before but that was more of a pain than anything else, mainly because I couldn’t charge in my secure bike lock-up. This is just one of the many features I loved on the Bleeper City eBike, so let’s take a closer look at the bike itself.

Is The Bleeper City eBike A Good Bike?

My first impression to look at Bleeper’s ebike was that it wasn’t anything special. This might actually be a good thing given the level of bike theft in Dublin City. But upon closer inspection, I found so many things I loved with this bike.

I have a soft spot for step-through bike frames. Stopping in traffic is an unfortunate fact of life cycling in Dublin and there’s nothing worse than struggling to get your feet on the ground or when you want to jump off your bike quickly. The first big win for the Bleeper eBike was the general design and the fact it’s a step-through frame.

To be totally honest, I didn’t expect this to be the comfiest bike in the world, but it really was nice to cycle. This was mainly down to fork suspension on the front and a very easy to miss shock absorber under the seat. The curved handlebars give you a really nice cycling position with a great combination of posture and control. Control is a key term here because you want to have loads of that when taking on Dublin traffic.

Right, the important stuff. What makes this an ebike? The front wheel is home to the motor that assists you up to 25kmph. On the rear you’ll find the detachable battery which stores enough power to give you 40km to 100km range, depending on how much assistance you’re using.

The detachable battery is an excellent feature as it means you can charge the bike in your garage, kitchen or workplace depending on which is more convenient. Given my own bike lockup isn’t connected to my home and is powerless, I loved this feature.

I mentioned there that the power usage depends on your chosen assistance level. This is controlled with a minimal onboard computer system with a simple interface.

The motor itself on the bike has plenty of oomph too. When up to full assistance, you’ll feel it giving you a great boost when you need it most. I love having this while navigating junctions in Dublin and being able to get a genuine jump on motor traffic. It helped me feel safer

There are no light controls on the bike. It’s all automatic so when you start cycling and it’s dark enough, you’ll be lit up on both the front and rear. The only other controls you have are the usual three-speed gear shift a bell and brakes for both wheels. One note on the brakes; they are strong which is needed given the extra power the bike delivers. The right is your rear brake and don’t forget that. I pulled the left in an emergency stop and somehow avoided catastrophe! Good brakes are important, but just pay attention to how you’re using them.

Beyond these typical features of the bike covered so far, I want to add a few lines on the locking system. I’ve never used the AXA locking system before but it’s absolutely brilliant. Bleeper eBikes come with a dual locking system. First is the ringlock that goes through the rear wheel spokes. In addition the this, there’s the chain lock. It’s all managed through a central system and you have to leave the chain on the bike so you can’t forget it. When using the bike, you can’t remove the key either. This is a feature, not a bug, that encourages you to lock the bike when not in use.

Is Renting An Ebike In Dublin Worth It?

I’m always super aware of one thing in reviews like this. I’m not paying for it. Normally, that doesn’t bother me very much but on the surface this scheme is expensive. €140 per month is a lot of money and that needs to be considered before I even spend a second weighing up value for money.

But when you do some digging and look at this as a choice between passive and active travel, things start to get interesting. A monthly “rambler” pass on Dublin Bus will set you back €165 and because this is an ebike, it genuinely can replace longer haul commuting. Systems like this are naturally cheaper in cities like Amsterdam, but this is a good start for a very new concept in Dublin. One big advantage is having Bleeper on hand if something goes wrong. If a chain breaks or a tyre goes flat, give Bleeper a shout and they’ll fix you up.

Personally, whether or not I would pay for the service is still up in the air a bit for me and I think that makes sense. I live slap bang in the middle of the city so that’s a big outlay for a small convenience boost. I wouldn’t be getting a Dublin Bus from A to B regardless, and I think that’s what this is all about.

The Switch To Active Travel

Active travel is all about using your own power to get from A to B. I hung up my scooter for active travel in a bid to get fitter and lose some weight. Ebikes let you adopt active travel for longer commutes and that’s who I think this is really for. It’ll do your body and mind a world of good and maybe you’ve already been thinking about it but the prohibitive cost of buying an ebike is putting you off. If that sounds like you, renting an ebike from Bleeper for a few months to see how it feels might be the best place to start.