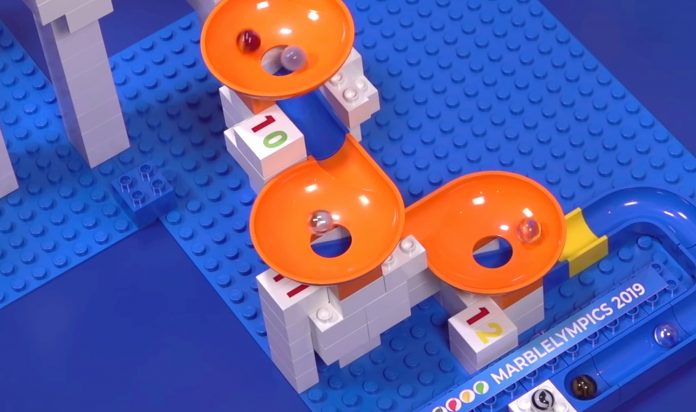 I miss sports. I’m a Liverpool fan. Two wins away from the first league in thirty years. I’m a F1 fan too. The new season was paused hours before it was due to start. All of that said, there are more important things to life than sports. However, there are plenty of people who get through to their workweek to live for sports at the weekend. The Hollywood movie scripts insist an unlikely hero emerge during times like this. Sure enough, Jelle’s Marble Runs is that hero.

What Is Jelle’s Marble Runs?

Jelle’s Marble Runs is a YouTube channel run out of the Netherlands. Founded by Jelle and Dion Bakker, the channel puts marbles through their paces. Yes, I mean marbles, as in those glass balls.

The channel is based on recreating popular track and field sports with marbles. Using various slopes and mechanisms, marbles compete in teams to complete indoor and outdoor courses the fastest or going the furthest. The marbles even swim underwater too. The closest real-world comparison is the Olympics. I personally believe if you’ve been left disappointed by the postponement of the real Olympics, you’ll like this. Come on, like it’s even called the MarbleLympics! 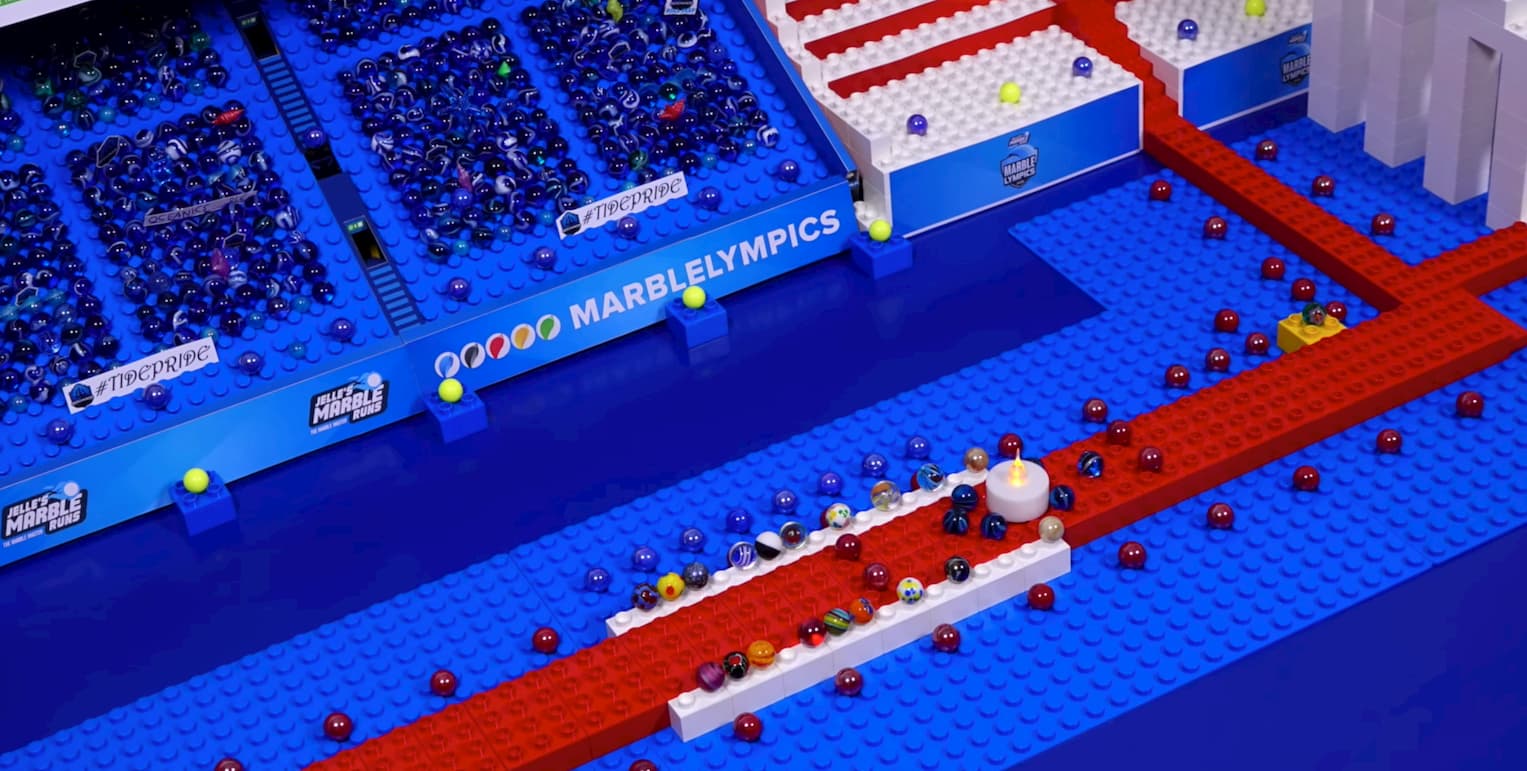 Unless you’ve watched it already, you won’t believe the effort Jelle’s Marble Runs put into their races. The Olympics-style track and field competition goes the whole hog with the MarbleLympics opening ceremony bagging nearly one million views.

More recently, Jelle’s Marble Runs has also branched out to Marbula One and Marbula E to simulate motorsports. Make no mistake, this channel has been born from some serious fans of marble racing. Today, such a sport has much more to offer a world starved of exciting live sport. Marbula E has actually been sponsored by a Formula E team looking to keep some screen time for sponsors.

But it’s the MarbleLympics which is truly the jewel in the crown of Jelle’s Marble Runs.

What Is The MarbleLympics?

This is the Olympics but with marbles. Also referred to as The Marble League, this whole event has incredible production values. Honestly, the effort that goes into it is remarkable.

In addition to the team overview, here is our current relegation system explained! #ML2020 Qualifiers will determine which teams will advance to the Main Tournament to compete for the championship, and which teams will be relegated to the Showdown (B-League). pic.twitter.com/z4Uo8rxtJu

Teams have been drafted and the competitions outlined. It’s nearly time for the 2020 tournament to commence. Throughout the event, teams challenge to win gold, silver and bronze to score points for their team in the overall competition.

Who Are The 2020 MarbleLympics Teams?

The MarbleLympics will feature sixteen teams in total. Some teams have already qualified based on their performance from The Marble League 2019. The host team has also gained automatic qualification.

A further twenty teams will compete for the remaining twelve team slots at The Marble League 2020. They are

Teams failing to qualify will enter the Marble League Showdown to face off for a qualifying space next year.

The entire Marble Racing Universe, and it really is a universe has a marble to represent most people you’d see involved in sports. There’s a full crowd of spectators, some neutral and some there for support the teams. There are referees and “TV producers” dotted around the courses. Most important of all is Greg Woods, the commentator. Woods is the real reason you can buy into this. He gives you back stories to each team and knows plenty of stats about how they’ve performed in the back. He nails it with factual commentary sprinkled with plenty of classic commentator tropes too.

He has even invented storylines where fans left the stadium because the coach was so poor. The fans returned after the coach was fired.

Your reaction to reading all of this could leave your jaw on the ground. This is very much real. Actually, this is so real that hit US nighttime political commentary show, Last Week Tonight With John Oliver is sponsoring the 2020 MarbleLympics. During one of his latest shows, John Oliver discussed the gaping whole live sport has left in our lives. Understanding that this is a sizeable gap to leave in the world, he believes Marble Racing 2020 is going to be a big deal.

When Does Marble League 2020 Kick Off?

The 2020 MarbleLympics will being on 21 June 2020. Before a marble rolls, you can be sure of an impressive opening ceremony full of style and pomp. While some sporting events will almost certainly be back following the easing of restrictions following the Coronavirus pandemic, many will remain sidelined. Jelle Bakker and Dion Bakker have created a little piece of genius here.