Home Tech News Amazon 40% Of Irish Shoppers Have Bought From Amazon.co.uk Since Brexit 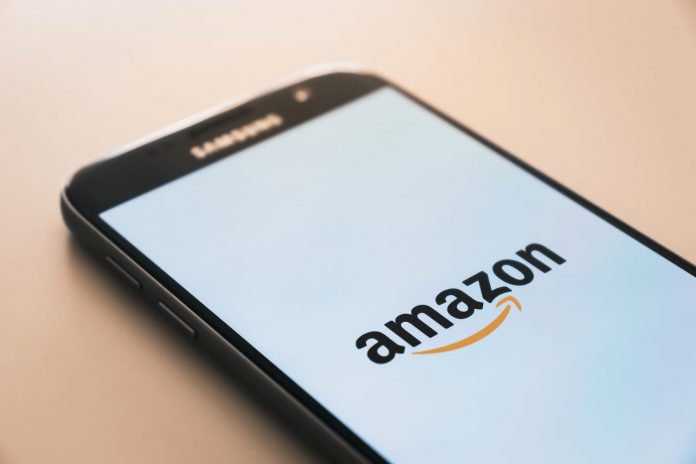 Many expected Amazon.co.uk to struggle in 2021 when it came to the Irish market. Between expected delivery delays and customs charges Brough by Brexit and the “shop local” sentiment brought on by COVID-19, the e-commerce giant should have struggled in Ireland. However, we’ve surveyed the Irish public and found that, since January 1st and the completion of Brexit, 40% of Irish shoppers have bought something from Amazon.co.uk.

What’s changed? How much does it cost and why are people still shopping on Amazon.co.uk from Ireland?

The Era Of Online Shopping

It’s impossible to ignore how COVID-19 has shaped the appeal of online shopping in Ireland. Ireland is traditionally a slow market to adopt change and this is exactly why many Irish retailers were caught napping in 2020. The global pandemic brought with it nationwide closures for businesses and what is likely to be one of the toughest times any of those business owners would face. Naturally, the worst part of the pandemic is the numbers of lives we’ve lost, but there’s also a massive on-going non-health related impact too. People have closed businesses and many won’t reopen.

Some businesses, whether they were already selling online or just adapted quickly, changed their primary business model, effectively, overnight. As a big craft beer fan, for me one of the stand-out examples is The White Hag. This is a small independent brewery in Sligo that quickly launched beers online and held events over Zoom, including their annual beer festival. Why? Because pubs were closed. A massive revenue stream was gone. Events were canceled, but buying online was still an option.

Today, more people than in the history of Ireland are working from home. Quite logically that means people don’t need to leave the home. They don’t need to past stores on the way home from the office. And they know they’ll be home for the courier dropping off a package. The people of Ireland are shopping online.

It seems like forever that we were talking about Brexit and then, almost suddenly, it was a reality. January 1st 2021 meant the UK had left the EU. This also meant that shopping with UK retailers became more complex. Some of them were ready. ASOS, for example, had an EU warehouse they could now ship products from, circumnavigating potential customs issues for shoppers in Ireland.

Amazon.co.uk did open a shipping warehouse in Dublin, but this wasn’t for Brexit. Instead, it was to support local delivery companies with their own couriers. The plan is to open a fulfillment center, possibly this year, but right now shopping on Amazon.co.uk means you are shopping with Brexit customs arrangements in place. I’ve bought a few bits with Amazon.co.uk this year and was a bit surprised at how smooth the process is, even with customs charges.

On Saturday, I ordered something. I was told it would arrive on the following Tuesday, only to have it delivered on Monday. That a very impressive e-commerce experience with most of the processing taking place on a Sunday, behind the scenes.

So, just how are all the charges being calculated when you shop on Amazon.co.uk from Ireland?

First of all, anything sold or fulfilled by Amazon to the Republic of Ireland, will have the UK VAT removed by Amazon.co.uk. They then calculate the VAT and import fees during the checkout process based on the delivery address using these rules:

When you’re checking out, you’ll see these fees calculated. I was looking at a Canon camera which costs £389. The import fees, including import VAT is £81 making the total price just over £470.

You don’t need to worry about any other slips of paper arriving in a few days time. That’s your lot.

Are People In Ireland Still Shopping With Amazon.co.uk?

Simply put, the answer is yes. We surveyed people from around the country and found that 40% of them have bought something on Amazon.co.uk this year. This means they would have bought items from the UK and paid customs fees.

The reasons for this become apparent when we also look at research from PayPal who’ve found the shoppers in Ireland are turning to international markets for value and a wider selection of products.

I took a random keyboard from Logitech and compared the prices from Amazon.co.uk and Currys PC World. Amazon.co.uk would have set me back €50 while Currys PC World wanted to charge me €70. This isn’t always the case, as demonstrated by the camera I showed earlier so you absolutely should still do your homework before you make a purchase. I still encourage you to buy locally where you can, but it’s important that consumers and businesses alike don’t start to think that Amazon.co.uk is no longer a threat.

In fact, our previous research has found that, on average, 33% of people in Ireland shopped with the UK e-commerce giant, so their share has actually grown. People will still turn to Amazon for a wider selection of products unavailable in Ireland or products that are simply cheaper.

The data: We conducted a Google Survey which reached 252 respondents to find that 39.7% of people had “bought something from Amazon.co.uk this year”.