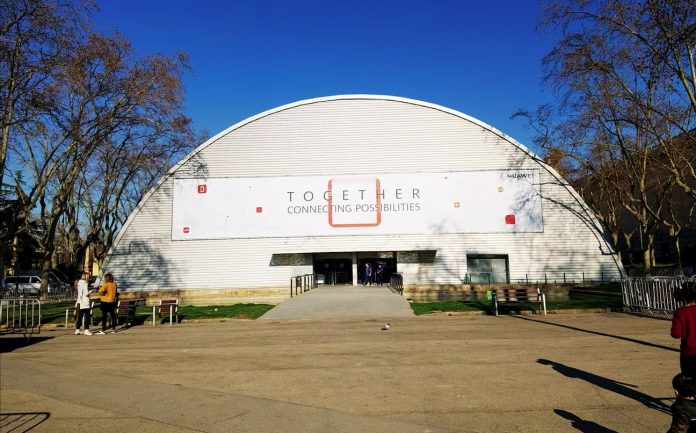 A couple of weeks back, the phone rang. “Marty, Huawei would like to bring you along to Mobile World Congress for a product launch”. Unfortunately, a few weeks later, the phone buzzed again with news that, to be fair, seemed inevitable.

While that ended up being somewhat expected, the third phone call inviting me to Barcelona again was more surprising than the first. Without Mobile World Congress and, it looking more likely than ever, without Google, Huawei was going to have a product launch.

What can you expect from tomorrow’s Barcelona event?

The biggest giveaway that companies are launching new gadgets is the event guides they send out. Huawei’s Barcelona event has a big ol’ demo area for media to play with new toys and this could be the best of the lot.

Last year, Huawei told us that they usually begin and end the year with processor launches. Tomorrow looks like it’ll be a different story. Word on grapevine is that Huawei will launch some very exciting hardware, upgrading the Mate X with the latest Kirin 990 chip.

Last year, Samsung unveiled their first folding phone which ended up a disaster thanks to plastic peeling off of screens. As that unfolded, pun intended, Huawei “launched” the Mate X. The inverted commas there represent the hesitation that Huawei must have felt after Samsung’s damp squib which led to Huawei never really pushing the Mate X far beyond being a concept phone. All of this has led to tomorrow’s event likely seeing the launch of the Huawei Mate Xs. For all intensive purposes, this is the Mate X but now it’s packing the Kirin 990 chip. It should also be 5G as standard but time will tell.

This is exciting because in a post-Google world where Huawei now heavily depends on HMS (Huawei Mobile Services) replacing GMS (Google Mobile Services), hardware could be what sets them apart and helps users transition from Google to the Huawei app gallery.

It won’t happen. It never happens at MWC and it’s not going to happen in Barcelona this year either. Just wait a month.

What Huawei does normally launch at MWC is tablets and laptops and that’s to be expected tomorrow too. On the list for announcement in Barcelona is the Mate Pad Pro 5G and Matebook X Pro. Again, with the knock on effects of a Google-less future still being assessed by the Chinese manufacturer, I personally could see them ploughing extra focus into tablets and laptops in the Irish market.

While these might see similar issues with Android on tablets and Windows on laptops, diversifying their gadget portfolio seems to be the way forward with an own-OS wearable in the Huawei Watch GT 2 and the AirPod beating FreeBuds 3 impressing more than just myself.

Speculation aside it’s just one more sleep until we see what the next card on the table for Huawei is. It does feel like Texas Hold Em as they’re waiting on cards on the table to appear rather than playing the cards in their hand.

Be sure to follow Goosed.ie on Twitter tomorrow for the latest news as it breaks from Barcelona.