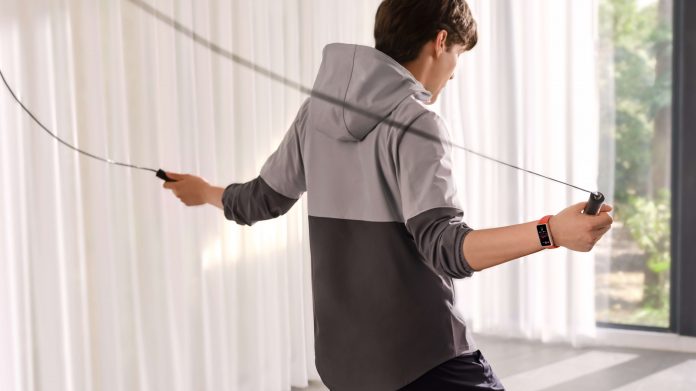 I’ve recently noticed something. Nearly everyone has some sort of activity tracker. I was organising a step challenge and of nearly thirty people, no one had the issue of not having one. There’s a lot on the market too. Fitbit is probably one of the best known. Personally, I’m using the Fitbit Sense and I love it, but I’ll be first to admit it’s a bit on the pricey side. And this is the space Huawei finds itself most comfortable, disrupting. The Chinese tech giant has announced the HUAWEI Band 6. Here are some of the key features.

Huawei has been creating fitness bands for a few years now, in line with their approach to not only develop great phones like the Huawei P40 Pro, but also great accessories like the Huawei FreeBuds Pro or collaborating with Gentle Monster for sunglasses. The Huawei Band 6 is the latest fitness tracker to join the Huawei range. I’ve been a massive fan of Huawei wearables over the past few years, stretching back to the first Huawei Watch which I bought because it actually looked like a watch, an approach Huawei has kept running with to this day.

The Huawei Band 6 does seem to take some design prompts from the world’s best selling watch; the Apple Watch. Again, this is not an unusual approach from Huawei, but the important thing is that they don’t also bring the Apple prices.

The Huawei Band 6 features a 1.47-inch colour display which is a lot larger than previous models. The Band 6 also brings SpO2 monitoring which first featured on the Huawei Watch GT2 along with a wide range of other well-being metrics. You’ll be able to track heart rate, sleep, stress, and menstrual cycle tracking. The band also supports 96 workout modes to help track your activity more accurately.

You always expect that Huawei will bring a great battery life to the table and the Band 6 is no different. Huawei promises that you’ll get two weeks between charges. This is impressive given my Fitbit Sense is between five or six days between charges. If you are caught on the hop, a five-minute charge or the Band 6 will give you two days of battery, so your watch shouldn’t be holding you back at all.

I’m not sure if this will be coming in for a hands-on review or not but hit the bell in the bottom left corner of your screen and you’ll be first to know if we publish a full review. One call-out I do want to highlight is that if you’re using a fitness app you love, double check that this integrates with it.

The Huawei Band 6 launches today and is very competitively priced at €59 and is currently available from Eir, Euronics and Mint+.