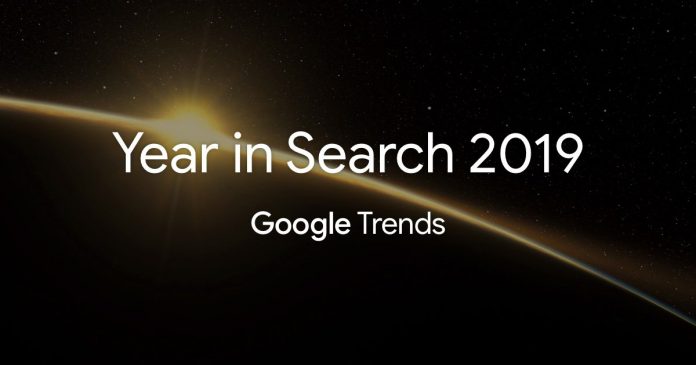 Another year is coming to a close and the annual Google Year in Search Results have been released, providing a telling snapshot of what caught Ireland’s interests throughout 2019. As ever, sport, weather and celebrity deaths continue to occupy the top spots with The Rugby World Cup topping the overall results for 2019. Probably unsurprising given the nations high hopes going into the competition and even though we didn’t go all the way, the competition still topped the list as people Google searched the highlights from the matches from the pool games right through to the final to watch winning South African captain Siya Kolisi giving a heart provoking speech.

If you have seen the recent Netflix phenomenon The Game Changers, then it will come as no surprise that the Top 10 recipe searches for 2019 show a big movement towards a Vegan diet, with keto, plant-based, salmon, smoothie and The Happy Pear recipes all featuring in the list. Google Search for healthy recipes show the public interest in whole foods and similar is only growing with every single recipe in the Top 10 this year being health-focused with not a chocolate cake insight. As more and more celebrities both here and abroad, encompassing everyone from Blindboy Boatclub to Lionel Messi embracing plant-based diets, this is a trend we can only see going one direction in 2020.

In other news 2019 was possibly one of the most chaotic years in National, European and global politics with Brexit being possibly one of the hot topics of the year. Google Search Trends for 2019 show terms like, What is the backstop?, What is Brexit? and Boris Johnson ranking in the Top 10 of their respective lists. It seems we are still unsure exactly what is going on with Brexit for the second year in a row with ‘What is the backstop?’ topping the what is list, rising from third place in 2018 and ‘How to vote?’ coming runner up behind the always important question ‘How to boil an egg?’ in the ‘How to’ list.

Have you heard of the social media platform taking Millennial’s by storm? You’d be forgiven if you didn’t, a large proportion of the country turned to Google to answer the question ‘What is Tik Tok?’ and whether they should be keeping up with the trends and creating their own short-form mobile videos. Other great mysteries of life Irish people were looking for answers for in 2019 include ‘how to solve a rubix cube?’ at number five,  ‘how to stop snoring?’ at number 7 and ‘how to get rid of spots?’ at number 10.

This year was a bumper year in Irish sports and a stinker for politics, but it’s not Trump or Boris who top the most searched People’ list in 2019, with golf star Shane Lowry topping the list following his win at The Open Championship in July 2019, becoming the fifth ever Irishman to win the tournament. British Prime Minister Boris Johnson was the most searched for politician in Ireland in a year which saw him take over from Teresa May as leader of the United Kingdom. Ireland also clearly loves a good celeb scandal… football WAG, Rebekah Vardy makes rounds of the Top 10 most searched for people in 2019 off the back of the Coleen Rooney “Wagatha Christie” incident in September. And sure would it be a Google Search Top 10 without The Kardashians, as they continued to keep people guessing with ‘How to pronounce Psalm?’ trending in the wake of Kim and Kayne welcoming their third child.

Check out the 2019 Google ‘Year in Search’ Results below: