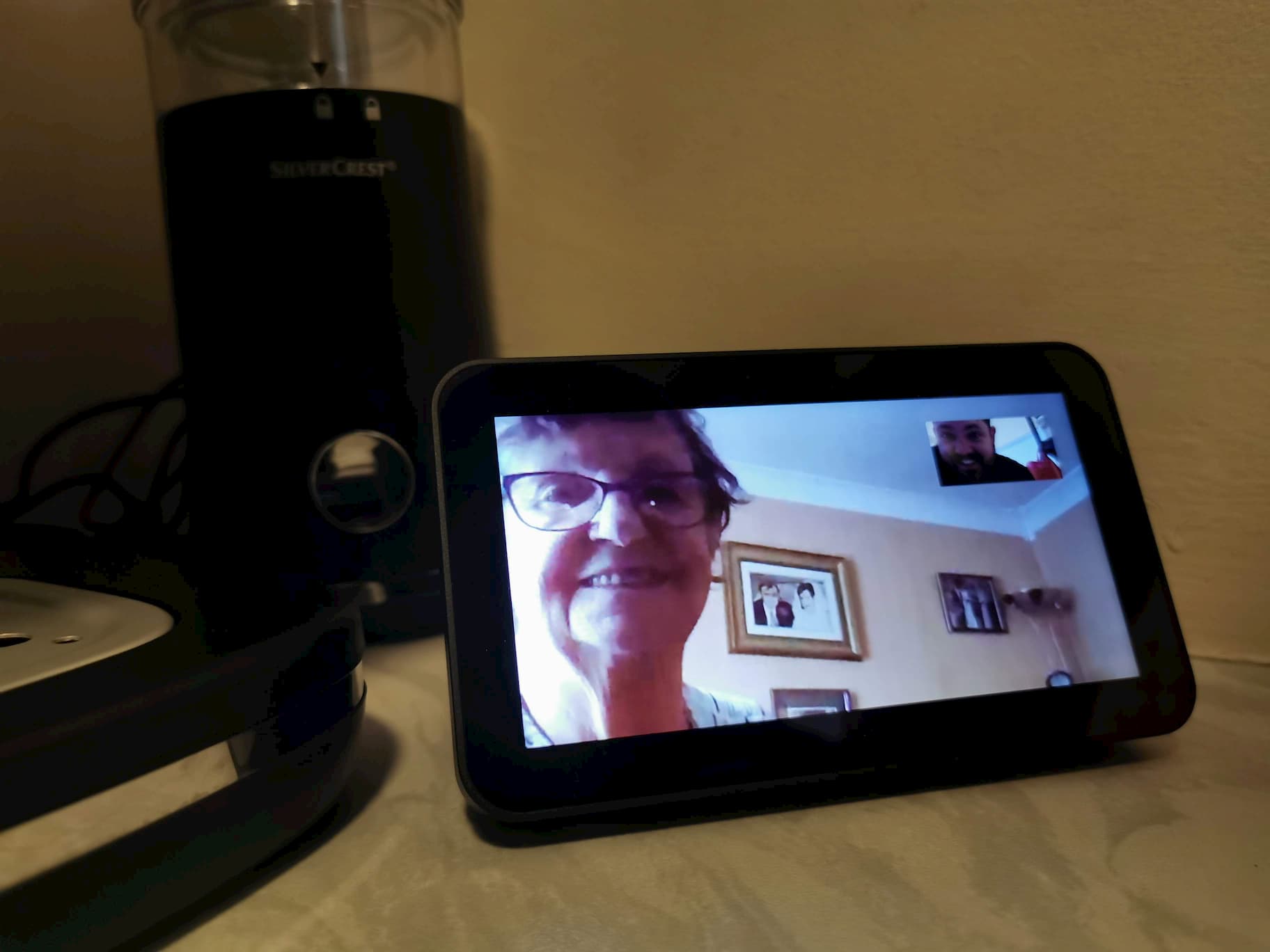 My gaff is awash with smart assistants. I could never choose between Google or Amazon assistants so I’ve ended up with loads of each. Some stand out as being better than others and some are simply perfect in certain scenarios. The Amazon Echo Show 5 has proven to be an absolute winner in my kitchen. Here’s why I love it so much.

A couple of years ago, Amazon had a poignantly timed advert for their new Echo Spot. It demonstrated the importance of keeping connected with family and how Amazon Echo devices make this quite simple and straight forward. For lots of reasons I was moved by the ad and so I bought an Echo Spot for me and my mum. The Echo “Drop In” function means there’s no need for my mum to interact with her Echo Spot at all. I simply say I was to drop in and the job’s a good un.

The Echo Spot fit my bedroom perfectly as an alarm clock which left me calling from my phone the whole time instead. That’s until I got my Echo Show 5. As I mentioned, this thing suits the kitchen perfectly so when I’m cooking or washing up, I can have a quick chat with my mum.

Once your finished video calling, the Echo Show 5 also has a physical camera cover to ensure no accidental drop-ins catch you off guard.

Getting your cook on

I love a bit of tech in the kitchen. Lately, I’ve been testing out Meater, which incidentally integrates with Amazon Alexa, and also the Drop Smart Scales. I’m definitely adding the Amazon Echo Show 5 to this list of great gadgets for the kitchen. I found myself using the Show 5 for two main reasons in the kitchen.

First of all, asking Alexa to recommend a recipe is quite fun. Your kitchen assistant will then walk you through your recipe and all going well, you’ll have a great non-burned dinner.

Also helping with the limitation of burning in the kitchen is setting timers on your Echo Show 4. Sure, this is technically overkill given any Alexa-powered device will do this, but the screen does offer one distinct advantage. I could set a longer 45-minute timer for something like a tray of chicken and then another time for 20-minutes reminding me to put on the potatoes. You can even name the times and glance at them thanks to the Echo Show 5’s 5-inch screen.

Some TV in the kitchen

When I got my Echo Spot, I was impressed that, while really annoying, you could actually watch Amazon Prime Video on the round screen. Much more practical is the rectangular 5-inch screen of the Echo Show 5. The sound from the device is also quite good which means that you can simply ask Alexa to “Play the latest episodes of The Boys on Prime Video”. Great if you’ve just touched raw chicken and can’t use your hands!

Now, while it’s sound and all, you can’t play Netflix on your Amazon Echo 5. The same can be said for YouTube. Unfortunately, tech companies not getting along leads to this poor experience for users. While on the negatives, I do have to point out the resolution of the screen isn’t anything massively impressive to write home about.

Could the screen be better? Yes.

Could the sound be crisper? Of course.

But the Echo Show 5 embodies something very special in the world of gadgets for me. It’s a gateway gadget. Much like the DJI Mavic Mini is a great value drone, the Amazon Echo 5 is a brilliantly priced Echo device and the most logical first if you’re interested in having a screen. It’ll never blow your mind, but it will show you how useful an Echo device with a screen can be. 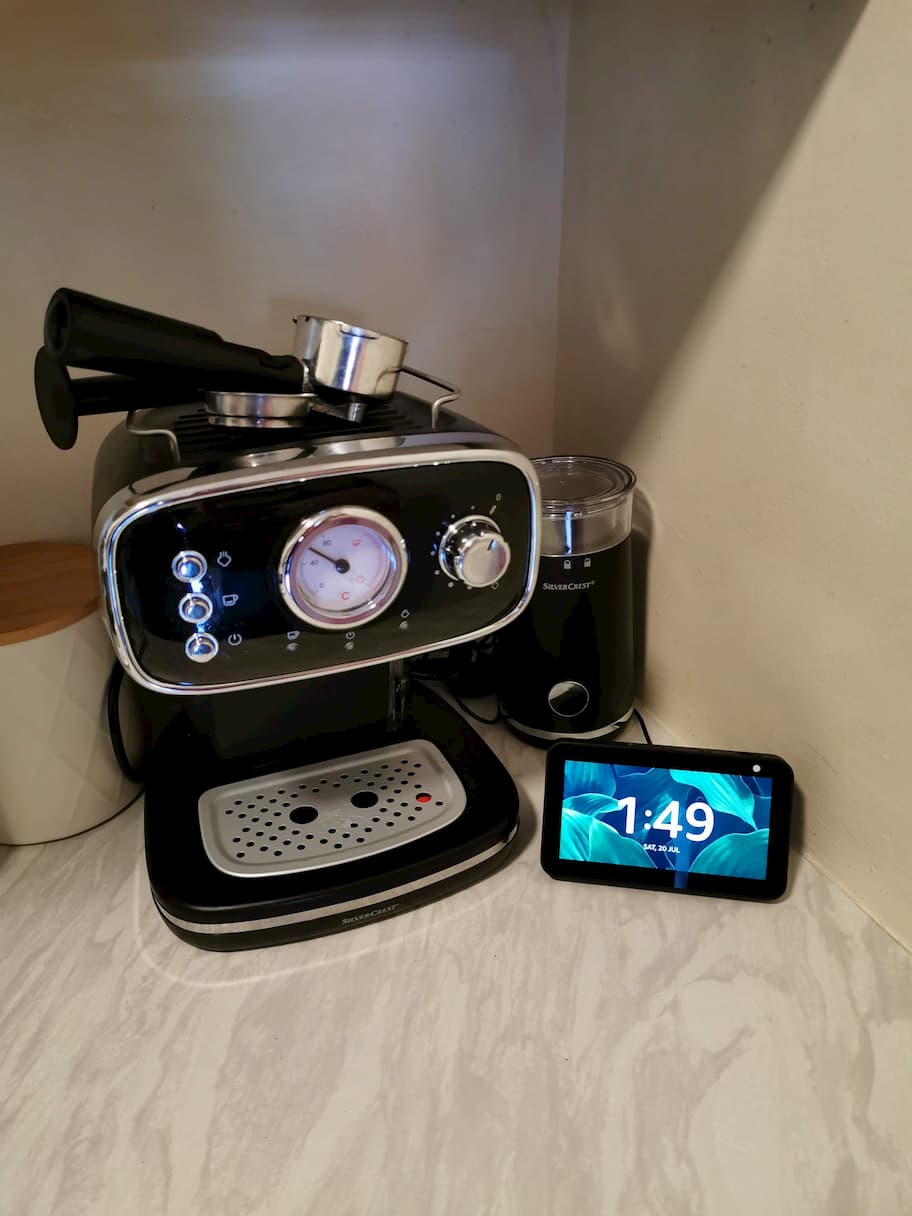 The Amazon Echo Show 5 is one of these Amazon products which varies greatly in price. Right now it’s on sale and you can pick one up for €60, give or take a euro or two for the exchange rate.