Last year, the Google Pixel 3 and Pixel 3XL finally launched in Ireland as a Vodafone exclusive. I’m currently testing out Google’s midrange phone, the Pixel 3a, and early signs are this is an impressive piece of kit for the price. For gamers, it’s good to know because all of these phones will support Google Stadia gaming which launches in November. The Google Pixel 4 is expected to launch a month earlier in October and in a bizarre move, Google has already tipped their hat towards the Pixel 4’s existence. Here’s what we know about Google’s new flagship phone so far.

Normally, there’s massive secrecy around the look and feel of flagship mobile phones. They are closely guarded secrets right down to the fine details. That’s why it’s quite unusual that Google has already released images of what the Pixel 4 will look like.

Well, since there seems to be some interest, here you go! Wait 'til you see what it can do. #Pixel4 pic.twitter.com/RnpTNZXEI1

Why Did Google Announce The Pixel Early?

It’s really hard to know why Google has gone early here. Maybe they’re planning to release the phone before October? It could be that Google’s big reveal will be on the front of the phone and remains a secret. Or perhaps, after last year’s Pixels were the leakiest phones in history, Google just doesn’t care about secrets anymore. A ridiculous sentence I know.

So you think you know… Tune in tomorrow to see for yourself. https://t.co/4zTwRXcn1x #madebygoogle pic.twitter.com/3IO3xaMaP8

There’s also the potential crossover between the incoming iPhone flagships and Google’s phone. The two would appear to have similar camera arrays which resemble that of the Mate 20 Pro. Perhaps Google wanted to beat Apple to the punch?

Regardless of the reason, we have something to work off and can start piecing together what to expect from the Pixel 4.

What We Know About The Google Pixel 4

Looking at the leaks that we’ve seen so far, here’s what we know.

The standout feature that we can see from Google’s tweet is the square camera array. This is really similar to what we saw on the Mate 20 Pro last year. This is exciting because it means Google is starting to match incredible hardware with its extremely impressive camera software. 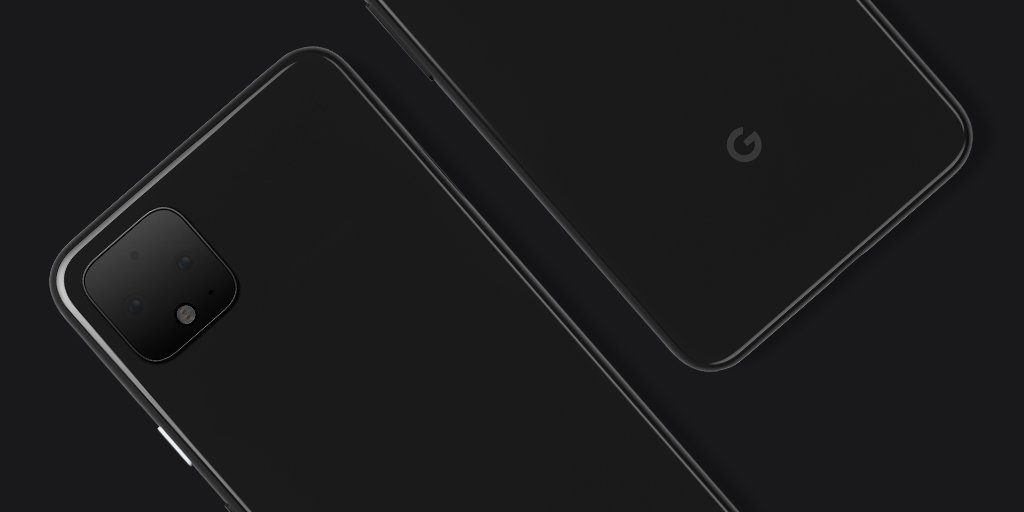 The new Google Pixel 4 will have three camera lenses on the rear with the fourth spot being taken up by a flash. If I was a gambling man, I’d wager that we’re looking at a standard lens, and ultra-wide angle lens and a lens similar to the time-of-flight lens seen on the Huawei P30 Pro. This lens would mean you can set up your Pixel like a Google Home but it would have hand gestures built in. This would be a development on the Pixel 3 which came with a stand turning your phone into a Google Home with a screen.

Pixel 4 Will Have An In-screen Fingerprint Reader

Option two is an in-screen fingerprint reader. This has quickly become the new expected norm in the industry, featuring on Samsung, OnePlus and Huawei flagship smartphones.

Because Google released these images, they also kind of validated something else we saw this week. Unbox Therapy showed off a cast version of the Pixel 4. These cast versions are used by case manufacturers in advance of new phones becoming available on the market. It’s why we have new Otterbox cases on the same day a phone launches.

Looking at the cast model, key things line up. The camera array, the power button and the top of the volume button, all match up between this and Google’s tweet.

So with that said, what else do we learn?

The Pixel 4 will be notchless. This is a double-edged sword because there is a speaker on the forehead of the phone. The Pixel 4 will just have a full-width forehead, similar to the Pixel 3 but not the Pixel 3XL which had a massive notch. This could also be a massive clue as to how you’ll be unlocking your new Google Pixel 4.

If Google is blocking off the whole forehead of the Pixel 4 for technology, they will likely add in a flood illuminator sensor. This first appeared on the Apple iPhone X when they moved away from fingerprint readers altogether. Perhaps Google will go down the route taken by Huawei with the Mate 20 Pro and have both face-unlock and an in-screen fingerprint reader. We’ll need to wait and see, but this cast leak would suggest face-unlock will be a big feature on the Pixel 4.

When I took my sim back out of the Pixel 3XL, it was tough. One of the main reasons for this was the wide-angle selfie. It’s a great feature to get more of your mates or more of your surroundings into your shots. With the extra real estate for technology on the front, I fully expect this to remain.

No surprises here, but Unbox Therapy’s leak also shows that there will, once again, be two Pixels. I’d imagine there’ll be no major naming convention departures either so expect there to be a Google Pixel 4 and Pixel 4XL. If there is to be a Pixel 4a, it’ll likely follow suit with the Pixel 3a and launch in 2020.

There’ll Be No Headphone Jack

When it comes to new normal, this is one of the biggest ones. From the cast models, it looks like there’s no headphone jack. Strangely, Google did bring this tech back for the Pixel 3a but it won’t feature on the Pixel 4 or Pixel 4XL. When it comes to sounds, both models will have dual cutout speaker grilles on the bottom of the phone, either side of the USB-C charge port.

So when does it launch? Right now, that’s an unknown. In previous years, Google has launched its Pixel range in October. Will the Pixel 4 follow suit? It’s really hard to know especially now that Google has tweeted so early about the new phone.

Sign up to the Goosed.ie Newsletter or follow us on the usual social channels to stay in touch. Have a feature you’re hoping for? Let us know in the comments below.