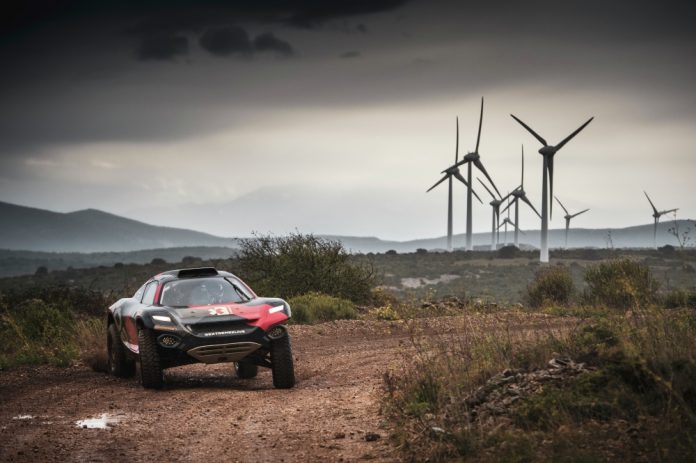 Getting a new sport feels like a particularly special treat these days. Formula 1 is back next week and, to tide us over till then, we have Drive to Survive Season 3 on Netflix. The big bonus coming our way is a whole new motorsport championship called Extreme E. It aims to be a showcase for electric cars and sustainability, but just what is the championship’s mission?

What Is Extreme E?

Extreme E is an off-road racing series that kicks off this year. It’s a fully-fledged FIA championship and has already attracted some very big names, including F1 World Champion Jenson Button along with endorsements from Lewis Hamilton, arguably the greatest F1 driver in history and multi-championship and record holder.

Extreme E’s unique draw is that racers will drive electric off-road vehicles in remote areas such as the Amazon or Arctic.

How Are Extreme E Races Run?

All results based on race finishing position, not race time. The race winner is awarded 25 points, second gets 15 points and third gets 10. There are points for all finishing in the top 10.

What’s The Point Of Extreme E?

The racing of Extreme E is a metaphor, made clear from the “race for the planet” motto emerging from the sport. The goal of Extreme E is to pick up where sports like Formula 1 fails. Things like environmental impact. First of all, the SUVs are zero-emisson vehicles.

How Does Extreme E Plan To Stay Eco-Friendly?

One of the biggest challenges faced by international motorsports is travel. Between races, Extreme E cars will be transported inside a ship, namely the RMS St Helen. Across the hull, in massive letters, is “Not Electric…..yet!”. The ship’s engines have been converted to run on low-sulphur diesel which is much cleaner than the heavy diesel typically used in shipping. It’s planned the ship will eventually run on biofuel.

When Does Extreme E Start?

Extreme E starts on 3rd and 4th April 2021 in the sands of Al-Ula, Saudi Arabia. Next up, the series moves to Dakar, Senegal in May. In August, Kangerlussuaq in Denmark hosts an Arctic X-Prix, and then Extreme E moves to Santarem, Brazil, in October, for a competition where the Amazon once stood. The series finale takes place in Tierra del Fuego, Argentina, in December.

One thing I’ll hasten to call out again is that motorsports really need to ask themselves if Saudi Arabia, where LGBTQI+ people still face persecution, should be on a race calendar.

What Famous Drivers Are Involved In Extreme E?

A large number of familiar motorsport names have emerged in some way, shape or form around the Extreme E championship. Team X44 is owned by F1-legend and current reigning champion Lewis Hamilton, with the team bearing his racing number. Former World Rally Championship winner and Father of F1 driver sharing the same name, Carlos Sainz Snr, will drive for a Spanish team.

Staying on the theme of Spain is Cristina Gutiérrez, the first Spanish female car driver to finish the Dakar Rally and the second woman to win a stage of the famous race. Extreme E is making a big effort when it comes to gender equality. Teams will include a male and female driver, competing together in every two-lap race as driver and co-driver. It’s up to the teams to determine driver and co-driver to best suit their strategy.

As I mentioned earlier, Jenson Button both owns the JBXE team and will be driving.

The cars of Extreme E are not regular road cars. The all-electric SUVs are built by Spark, the same company that create Formula E race cars. The Spark Odyssey 21 electric SUV will be the car all teams use for the 2021 championship and uses a battery produced by Willians Advanced Engineering, a child company of Williams Racing.

How To Watch Extreme E

This is an important question, especially if you’re going to try and watch Extreme E from Ireland. Formula E always seemed to be tricky to watch live and that’s half the craic!

The Extreme E website lists all broadcasters who plan to show the championship. For Ireland, you’ll be switching on Virgin Media and it looks like they’ll be broadcasting live too. If you do have Sky Sports, they’ll also be showing it and I’d imagine providing more in-depth coverage given their entire F1 channel craves more content. BBC and BT Sport will also be broadcasting coverage.