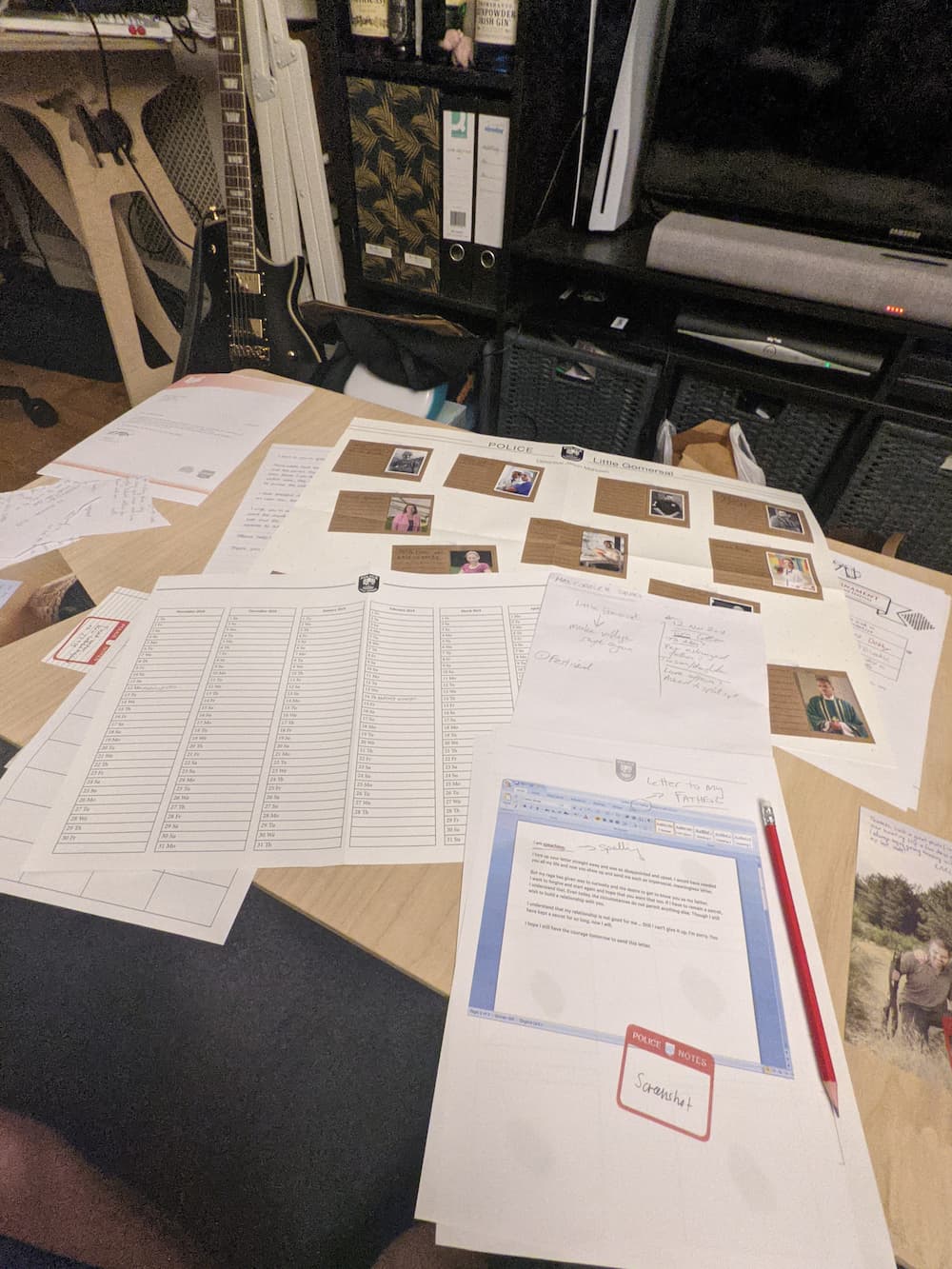 Is this a tech review? I don’t know. It’s more of a “I bought this to pass the time and I think you should too” kind of review. Google Trends data shows that in the build-up to Christmas every year, we all get very interested in board games. Last year, this interest started earlier than ever in the run-up to Christmas but also had a spike in March as we learned of lockdown. I was still rather late to the “board game” thing, but have bought a few. The best one I’ve come across so far is a murder mystery detective game created by a German company called Hidden Games. I’ve played the Little Gomersal murder mystery game, and here’s why I think you’ll love it.

This is a spoiler-free review.

What Is Hidden Games Crime Scene All About?

Hidden Games is a German puzzle company. Over the past few years, they’ve nailed extremely premium experience escape rooms. They’ve also turned their hand to crime investigation games and it’s one of these that I bought to test out.

The first of this games is Hidden Games Crime Scene – The First Case: The Little Gomersal Case. The concept is simple enough. Once you order your game, it’s delivered and you get to take part in what is effectively an “escape room” style game in your own home. Myself and by better half took on the challenge which took the full 2.5-hours the game advertises to complete.

The immersive nature of the game is obvious from the get-go. The manilla-style envelope gets you feeling like a detective straight away. Read the back of this package. It’s important and includes what parameters you need to meet to win the game. For example, who sent you the letter in the package and who is the killer. There are four things in total you need to work out.

If you’re gifting this to someone else, maybe give them a heads up. I sent this to someone in my family and didn’t tell them, thinking the surprise would be cool. They then thought they needed to work out who sent the package itself, not the letter in the evidence.

Once you open your envelope, you’ll find loads of evidence. You need to sort through all of this and find your start point. There are some bits and pieces which will be of obvious help immediately. Other bits of evidence will need thinking and might only make sense depending on some of the other evidence you’ve sorted through. There are also some documents to help you track your work, including that classic police pin board sheet. Get your red string out if you want to go all in on the experience.

What Do I Need To Play?

To start your murder mystery, you’ll need about 2.5 hours. There’s no reason you can’t play on your own, but the game is recommended for 2 to 6 players. Because of the incredible production quality and effort the game designers put in, you’ll also need your phone, ideally with a laptop too.

When you’ve gathered the evidence and are fairly confident you know the answers, you need to head to a the Hidden Games website and validate your theories.

This is a massive yes from me. It’s not a very cheap game at €30, especially for the uninitiated when it comes to “board games”. But the production quality of the game is incredible. By the end of solving our mystery, and we did successfully solve it all, we could absolutely see how the price is justified.

The one bit of advise I have for people is to try and keep your notes separate. Use post-it notes and don’t write or draw on the evidence. We did which means we couldn’t pass the game onto anyone else. It’s a single play game so, once you don’t draw on it, you can easily pass it onto friends and family to try out.

You can buy the first Hidden Games Crime Scene game right now from Amazon.co.uk. The game manufacturers have several other games created in German already and they are converting them to English to meet massive demand. The next English version of their game will be released towards the end of April or the start of May.