Home Tech News Apps 6 Reasons Why You Should Delete WhatsApp 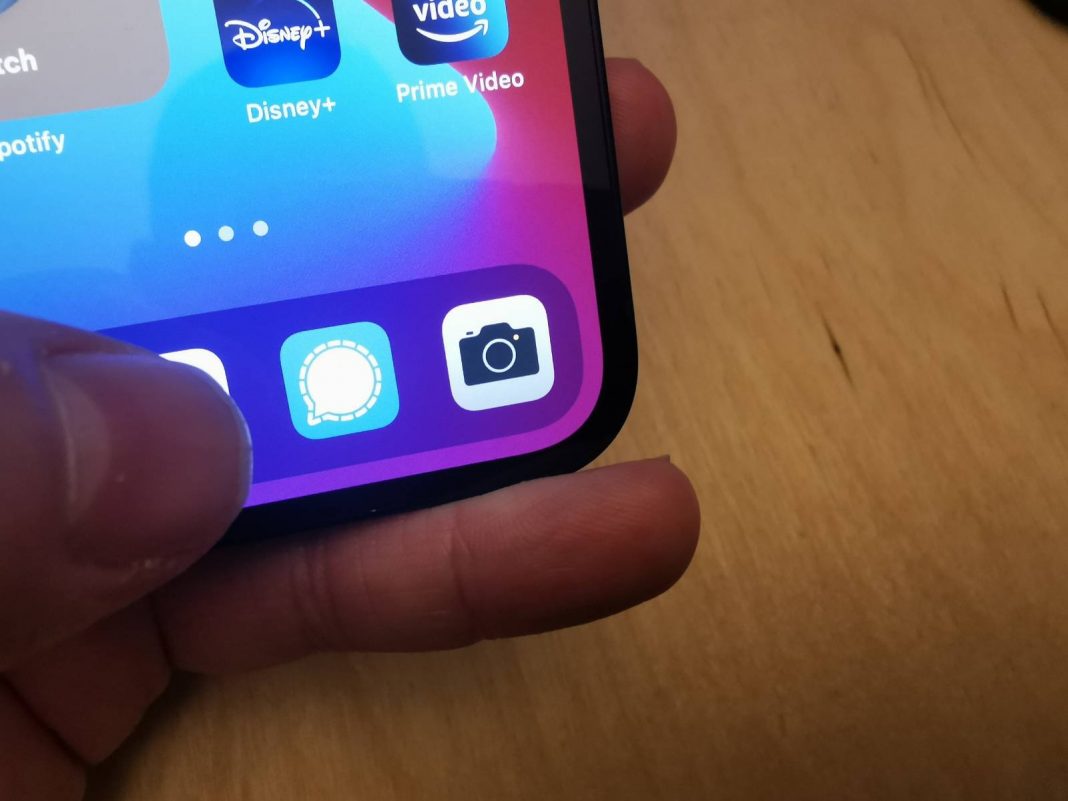 This week, I deleted WhatsApp. I don’t just mean I deleted the app either. I went in, deleted my account completely and then nuked the app from my phone. After that I finally went and deleted Facebook too. It’s been on my list of things to do for some time, or at least deleting Facebook was. The urge to delete WhatsApp is a more recent phenomenon so I figured I should pull together the top six reasons I decided to delete WhatsApp.

This is not intended to be a preachy “I did it so you should too” article. I understand entirely that we’re in a pandemic and that WhatsApp has kept friends and families connected during some tough times. However, that doesn’t give Facebook and WhatsApp a free pass to go rogue with your data.

The primary reason why I decided to delete WhatsApp is privacy. Back in 2014, WhatsApp co-founder Jan Koum sold his app to Mark Zuckerberg’s Facebook for in or around $16 billion. Koum would stay on at Facebook as a member of the board, before leaving in silence late in 2019. It emerged that WhatsApp’s departure from being privacy-focused and instead shifting towards feeding the Facebook advertising machine was a primary reason behind his decision to leave.

Indeed, as early as 2016, just two years after the takeover, the cracks in WhatsApp privacy-first mindset was starting to show by way of a privacy policy update. In a since-deleted 2016 WhatsApp blog post, the company outlined plans to share WhatsApp user data with parent company Facebook claiming that “by coordinating more with Facebook, we’ll be able to do things like track basic metrics about how often people use our services and better fight spam on WhatsApp”.

This would be just one of the run-ins Facebook would have with the European Commission who fined Facebook for misleading them, a fine which would be lose change down the back of Zuckerberg’s couch.

Flash forward to this year.

In January, WhatsApp caused quite the furore with another privacy policy update which, if you wanted to continue using the app, you really had to accept. This update itself wasn’t all that bad, but for me, it marks the start of Facebook’s monetisation of WhatsApp. Well, in truth it’s just the biggest milestone in the continuation of this process really.

Remember that $16 billion that Facebook paid for WhatsApp? That figure isn’t something you should ignore. It does impact you. Facebook only paid that because it believes the messaging platform can generate a lot more money in return. You don’t pay for WhatsApp. What do we say about products you don’t pay for? Yes, you are the product. Your attention is a massive commodity and Facebook makes a lot of money from that. The potential in combining WhatsApp insights with Facebook ad targeting is terrifying and I’m not talking about the scaremongering you’ve heard. The reality is much worse.

You know the whole idea that Facebook is showing you eerily suitable ads and we all jokingly say “our phones must be listening to us”. Well, the really scary thing is that Facebook doesn’t need a microphone. It needs metadata, or data about your data. WhatApp has an abundance of this and while this data might seem useless to most, it’s the lifeblood that ad targeting algorithms survive on.

The truth is, we don’t know how much damage will come from WhatsApp and Facebook lowering the walls between the two companies, but my gut is telling me that’s it’s not going to be good for your privacy.

I’ve yet to have someone correct me on this. My position is that because WhatsApp will slowly but surely stop working for you unless you accept the new terms and conditions, Facebook is breaking GDPR. I’m a big fan of GDPR and personally believe it’s one of the most important pieces of EU legislation yet. Why? Well, because very few of us realise how important protecting our personal data is so I’m delighted that someone else is fighting that fight for us.

GDPR states that consent must be freely given. The original example of this was companies asking you for your email address to enter a competition. They’d add a tick box saying by entering and ticking here you’re ok with us adding you to our newsletter. That’s actually not allowed because under GDPR you should be able to enter that competition but not join the newsletter. Of course, you can also just not enter the competition.

First of all, you can just not use the platform. But with over 2 billion app users worldwide and with 80% of the Irish population using the platform, quitting WhatsApp isn’t easy.

Next up is continuing to use the platform, but refusing to accept the new terms and conditions. This is workable up to a point. WhatsApp has confirmed that while the app will continue to work for the short-term, in the coming months, functionality will start to drop off to the point of the app being unusable.

Even if that turns out not to be the case, there’s another GDPR slam dunk that WhatsApp faces, but it’s also a whole reason you should stop using WhatsApp. You are facilitating illegal processing of data.

3. WhatsApp Has An Unhealthy Obsession With Your Contacts

There’s nothing stopping you from telling WhatsApp not to access your contacts, but then you’ll have to work out who is who in your chat feed.

This is one of the biggest reasons I love Signal. Remember WhatsApp co-founder Jan Koum. When he left WhatsApp, disgruntled at how Facebook was running the show, he started the Signal Foundation. Signal absolutely does not want your contacts. Signal looks at encrypted versions of your contacts and compares all of these “hashed” contacts to work out who is on Signal and helps you get in touch with them. Once the task is completed, any information is cleared from Signal servers and all of the contact data is nice and secure on your phone.

This is the beauty of being a non-profit message app like Signal instead of being WhatsApp, an app owned by the very much for profit advertising machine, Facebook.

4. WhatsApp Is Not Open Source

Open-source software is exactly how it sounds. When an app is built, the code and everything about how the app is built gets shared withe the world. Android is an open-source operating system which many smartphone manufacturers, like Samsung, has taken and made versions of for themselves.

When you pay a whopper sum of cash for an app, you’re also buying a lot of intellectual property. This is the way the app is built and coded. Facebook doesn’t want the WhatsApp code out there for everyone to see because it’s valuable. This means WhatsApp isn’t open-source. On the surface, this might seem logical, but it actually sets off security alarm bells.

Open-source software is tested by security specialists on a regular basis. WhatsApp doesn’t get this but apps like Signal and Threema, two communication apps I’ve adopted, are open-source.

5. Facebook Has A Horrible Track Record With Protecting Data

This really should have been the first reason. Facebook is leakier than a colander holding water when it comes to data protection. Recently, a massive dataset of personal Facebook user data was leaked online, with over one million Irish users caught up in the leak. There’s no coincidence that you’re seeing more and more ads on TV for scam phone calls and text messages now too. The Facebook data leak resulted in phone numbers, names, emails and even occupations becoming available online.

It’s a scammers dream. Even some Police forces have been forced to highlight a change in 2019 made group chats less privacy focused.

This is where I point back to my first point. When a company handles so much data capable of generating so much revenue, something has to give. The privacy versus profit aspect means Facebook will have more leaks in future. This is a massive reason why I do not want my daily messenger app connected to the Facebook brand in any way. I’m not worried about Facebook reading my WhatApp messages deliberately. I’m worried about their over zealous growth teams connected the dots by mistake and leaking a load of data or something.

Facebook or WhatsApp doesn’t really need my personal data. My metadata could be enough for some fun targeting. WhatApp can share when I was last online, who I’m chatting with and for how long. Peer to peer targeting is one of the biggest causes of advertising that makes people think their phone is listening. Your friend is searching on a website for socks, send you a WhatsApp and whether you were talking about socks or not, you might just see sock ads on Facebook.

That’s what metadata can do and it’s extremely powerful.

What Can You Use Instead Of WhatsApp?

There are plenty of alternatives out there. I’ve been using Threema to speak with some family for a couple of years now. But my new primary messaging app is Signal. Maybe there’s a bit of poetic beauty that I find attractive in the whole ex-WhatsApp founder using his Facebook money to try and kill Facebook and WhatsApp.

But Signal is also just massively privacy-focused. In a recent blog post, Signal outlined how they were asked by authorities for data on some of their users. Signal couldn’t help “because everything in Signal is end-to-end encrypted by default, the broad set of personal information that is typically easy to retrieve in other apps simply doesn’t exist on Signal’s servers”.

The non-profit is set up to protect data by default, not profit from it. It’s a whole model that challenges the Facebook and WhatsApp approach and it’s where I’ll be trusting with my messages and video calls from now on.