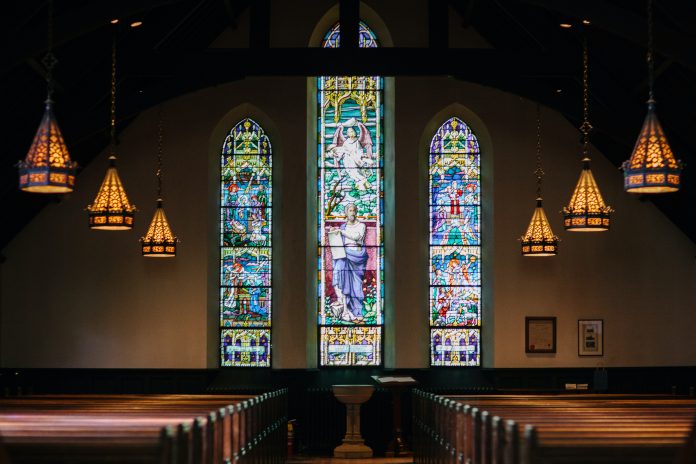 It’s time I put pen to paper on an update here. It’s well over 1,000 days since I lodged my GDPR complaint against the Diocese of Ossory. Coming up on three years later, I’ve learned a lot but. Unfortunately, one thing I’ve not learned is what the outcome is going to be. Not even close. On a personal level, I have found more meaning than I ever thought possible in this whole journey as it’s become more clear than ever why I’m trying to leave the Catholic Church using European Data Protection law, also known as GDPR.

From the outset, if you have been following this closely, I apologise. There’s not a lot new here. But I think I do get my reasoning for what I’m doing better than I did previously.

I was born in the late eighties. Ireland was a different place. Ireland was a very Catholic place. As was the done, and expected, thing, my parents had me christened in the local church. I was a Catholic. Fast forward to my primary school days. I put up my hand and asked “how can all religions be right”, a point in hindsight I’m quite proud to have made. A point that Ricky Gervais makes better than a ten-year-old me could have.

As the years went by, I continued to keep the act up. I attended mass on Sundays and at weddings and funerals, I’d continue going to communion.

Then Ireland had two massive moments; Marriage Equality and Repeal the Eight. I was now, in the eyes of a church that I had become increasingly out of touch with, a sinner.

Why Leave The Catholic Church?

I’m not a Catholic. I’m not even Christian. I’ve just been going along for the ride and doing what everyone else was doing around me too. There are fewer and fewer Catholics in Ireland every year, most apparent in a lackluster turn out for the 2018 visit of Pope Francis.

I’ve been asked so many times, “why are you doing this”, in the thousand days since I made my complaint. A lot of people believe I’m doing this for clout or as a bit of a PR stunt. I can assure you, while this story has literally made front-page news, that was not my motivation.

During my teens and twenties, I was living a life of what I now refer to as “passive Catholicism” and not really questioning my own beliefs. With Marriage Equality and Repeal the Eight, my own personal empathy to others in society, including close friends, who were increasingly marginalised by conservative church beliefs, left me at odds with the church I was a “member of” and I wanted out.

I was surprised at how difficult this was. Fortunately, GDPR came into being in 2018 and it appeared I had the mechanism to leave through “The Right to Be Forgotten”. I requested the Diocese of Ossory delete my records. The response was that this could not be done, and instead it would be noted that I no longer wished to be a member of the Church.

This is the Catholic Church believing they are above the Civil Laws of Ireland and Europe, laws which say I have the right to be forgotten among some other articles of GDPR giving me the right to request my data be deleted.

I’m going to say this directly. I was never abused in the church nor was I ever even in a scenario where I felt nearly uncomfortable. But the term I used earlier which is so important here is “empathy”. I can empathise with those who have been abused. Innocent children raped and abused by priests in positions of power. I’ve watched documentaries which honestly, were tough things to sit through. Deliver Us From Evil documents the abuse inflicted by Father Oliver O’Grady. I was so incredibly lucky to make contact with the makers of Revelation, who provided me with access to watch their piece of work which left me speechless at how little wrong abused priests believe they’d done.

There have been many other things I’ve watched and read in the time since I submitted my GDPR complaint which helped me better understand why I’m doing this.

The Catholic Church believes Canon law is above Civil law. This is why a priest can confess to child abuse to another priest, safe in the knowledge nothing will happen due to the seal of the confessional. This is why paedophile priests, instead of being reported to local authorities, were moved from parish to parish where they could prey on new victims.

In a roundabout way, my GDPR complaint had become a proxy challenge on the very authority of the Catholic Church. And this is why I’m taking it very seriously.

With all of that said, how is it actually going?

My GDPR Complaint Is Paused

As of right now, my own case has been effectively paused. I’ve had discussions with solicitors and data protection specialists from around the globe, but as of right now the whole lot is paused. The good news is that this is happening because I’m not alone in this. Many others have lodged similar complaints and the Data Protection Commission has launched an “own volition” inquiry into how the Church handles the personal data of people who are, or once were, members.

What’s all of that mean? Well, instead of looking directly at my case, the DPC is looking more broadly at the Catholic Church, namely the Diocese of Dublin. Once they reach an conclusion there, the decision will trickle down to all other cases. Sounds somewhat positive right?

The reason for this update is twofold. One, it’s been ages, and loads of people have asked me for an update. First and foremost, thanks to every single person who has messaged me. I truly hope we get a positive result because I know a lot of you are hoping to follow suit. Secondly, I’ve just been watching an Oireachtas Justice Committee hearing on the role of the Data Protection Commission in Ireland. Those speaking are the superstars of the data protection world including Max Schrems, Fred Logue, Johnny Ryan, and the Data Protection Commissioner, Helen Dixon.

After two hours of watching this hearing being streamed live online, it became apparent why my complaint had been open for over a thousand days with very little progress. In his opening comments, Schrems highlighted “of ten thousand complaints the DPC will have six or seven decisions this year”. Schrems points out that this is 99.93% of all complaints will go undecided.

Ryan, speaking on behalf of the Irish Council Of Civil Liberties said that “in the three years since the GDPR was applied, the Data Protection Commission asserted its lead role in 196 cases but delivered decisions in only four”.

Dixon refuted many of the claims aimed at her organisation, stating some claims were simply “erroneous” but perhaps most poignant statement of the night went to Independent TD Thomas Pringle who claimed that there’s too many people saying something is wrong for the DPC to be justified their stand that claims railed against them are exaggerated.

This is why my complaint against the church is now going for more than one thousand days. The DPC is a complete bottleneck, incapable of making decisions. Well, incapable or capable and for some reason choosing not to. Perhaps in the hope of securing more budget on top of the €19 million funding the DPC was awarded for 2020. On the night, Senator Lynn Ruane asked, fairly, what the DPC could have done with the the other half of the funding it wasn’t awarded, and what would have been achieved.