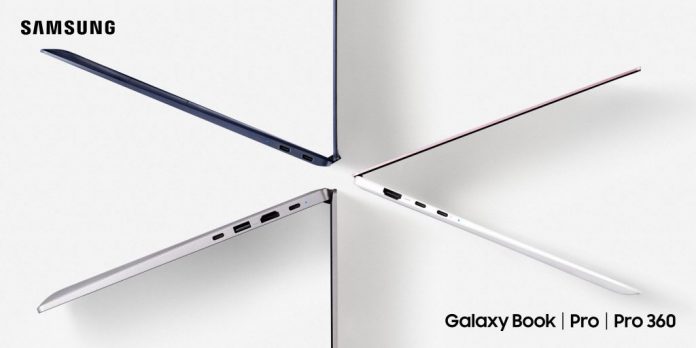 Here we go again with Samsung’s third (yes, third!) Unpacked event of the year so far. The event promised us a look at the most powerful Galaxy so far which turned out to be a little bit of a misdirect. I’m sure a lot of folks were expecting a new phone with all the bells and whistles dialed up to 11. What we got however is something a little different.

“True mobile computing”, that’s the promise that TM Roh, Samsung’s president of Mobile Communication, began the presentation with. How can laptops be more like Smartphones? Roh seems to think that this will come from a focus on Mobility, Connectivity, and Continuity. He offers seamless connectivity between all Galaxy devices, something we already see with Samsung’s phones, tablets, and wearables. This smells awfully like an Apple-like approach to a device ecosystem to me. That’s not exactly something that’s been a million miles away as of late, nor is it a bad thing. Seamless connections between devices are fantastic as long as you’re willing to invest in the minimum requirements.

Partnering with both Intel and Microsoft, Samsung’s latest laptops are here with an OS that we’re all familiar with. This is something that I’m sure will put people’s minds at ease. I, for one, was expecting a brand-new custom OS on these devices. Samsung’s eagerness to put its stamp on its devices’ systems has been a bit of a contentious point for me in the past. My watch can’t get Google Pay, for example, just because Samsung won’t let us choose to use the Android OS.

Seeming to be the more traditional laptop of the two models announced with a standard clamshell design boasting Samsung’s thinnest, lightest laptop to date. Offering an AMOLED display, this device will be sure to offer an experience similar to the best smartphones, including Eyecare filtering that will remove the harshest blue lights from the display to protect your eyes. Thankfully, all your favourite ports are here, with USB Type-B, USC-C, Thunderbolt, SD, and a headphone jack as standard. You can also connect up to 3 external monitors through the in-built HDMI port. The whole device is powered by Intel’s Evo chips with IrisXe graphics. In the ultimate post-pandemic move, the devices are focussed on video conferencing with dual mics and in-built intelligent noise-canceling. The redesigned battery offers between 16 and 20 hours of standard. The redesigned battery offers between 16 and 20 hours of standard use or video conferencing on a single charge, with 30 minutes of charging offering up to 8 hours of use. That’s pretty bonkers if you ask me. Finally, ensuring that connectivity is always guaranteed, the devices will be 5G enabled to ensure lightning-fast speeds when not in WiFi range.

This model seems to fit more into the 2-in-1 category of laptops, offering everything the Pro model offers, but in a much more versatile package. It’s clear that Samsung’s research into the Galaxy Fold hinges really helped them make a best-in-class hinge for a full range of motion. This is something that I personally love. The choice between laptop and tablet is increasingly being made less and less relevant. Parts of this laptop have been milled down to being half a millimeter thick enabling the whole device to be just over 1Kg. That’s unheard of for a laptop of this kind and will do wonders for its portability. Equally impressive is the promise that this device will be “as thin as a smartphone”. Really impressive stuff here. In a lovely touch, this model comes with the Samsung S Pen right in the box, really encouraging users to be as productive as they can from the get-go. This model will be touchscreen-enabled while the other models will have an old-fashioned one-way display.

For those of us who might not have as much cash to splash, or not as much need for bleeding-edge tech, there’s also a more standard Galaxy Book model. While being a little chunkier and not having as much battery life the standard model is pretty much the same on the inside as the all-signin’, all-dancin’ Galaxy Book Pro. The only noticeable interior downgrade is support for LTE (or 4G) as opposed to 5G. As was pointed out during the presentation this would be ideal for students or offices who want great connectivity at a reasonable price.

Ok, this one surprised me. This is Samsung’s new laptop that’s focussed on gaming. The in-built NVIDIA RTX 3050Ti chip and the Intel TigerLake processer seems like it’ll offer a lot of bang for your buck. While not a huge amount is known about the new GPU at the moment there’s good evidence that it will offer solid 60fps gaming at 1080p on most current games. It’s not going to be able to compete with the beefier 3070s or 3080s but for a starting price of €1,150, you’re not likely to find much better in such a neat unit.

So that’s pretty much everything we know at the moment. The devices aren’t due out until mid-May with the Odyssey coming out in August so it’ll be a while before there are any hands-on tests but we’ll be sure to keep you in the loop as always right here!