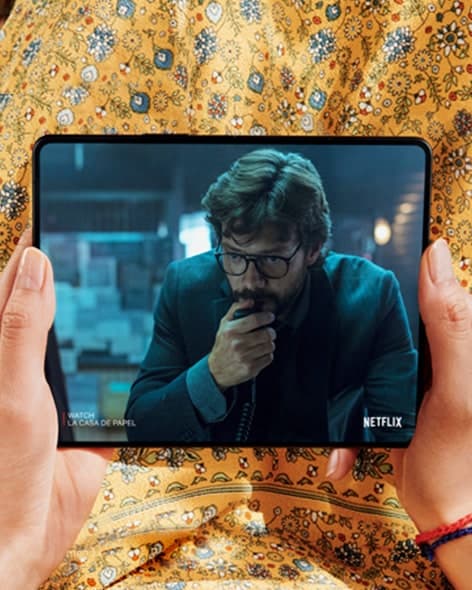 Ok. The article about OnePlus trolling Samsung was shorter so I wrote that first. Now for the really beefy news to emerge from Samsung Unpacked. We have not one, but two new folding phones from Samsung. They’ve refreshed both their fold and flip phones. Let’s take a look.

What Did Samsung Launch At Unpacked?

This used to be a time for a Samsung Note launch, but Samsung seems to have moved their flagship launch to January for some reason and bailed on Note completely this year. Now, the Autumn unpacked session is dedicated to folding phones. Today, Samsung unveiled the Samsung Galaxy Z Flip 3 and Samsung Galaxy Z Fold 3.

What Is The Difference Between These Two Phones?

Flipping and folding? What’s what? Well, the Galaxy Z Flip 3 opens like the classic clamshell phone. We’re talking Motorola Razr flip to open and take a call style. This means it’s nice and small in your pocket but a full-sized smartphone when you need it.

The Galaxy Z Fold 3 opens like a book. This is a full-size smartphone all the time, that folds out into a tablet when you need it.

There are some other differences but that’s the big one.

Folded up, the Galaxy Z Fold 3 is a 6.2-inch smartphone. Naturally, it’s substantially thicket because it opens but it will work just like a normal smartphone in one hand. The part starts when you unfold the phone to reveal a 7.6-inch display. As is usually the case with Samsung, it’s an AMOLED display so it’s going to be crystal clear. Perfect for watching movies after all that work gets done.

A few days ago, OPPO announced its new technology for placing cameras under the screen. In the tech world, these things never happen by accident as it was probably an attempt to steal Samsung’s thunder. Will no one give them a minute’s peace. Anyway, yes. Under the GalaxyZ Fold 3’s unfolded screen will be a 4MP camera. I’m really excited by this development for several reasons. The obvious use for this is calling loved ones and work meetings I guess. A camera below the screen means you might even get improved eye contact!

From a design point of view it, more importantly, means no notches so you can view your screen distraction-free. Though, I’m not sure when the last time I noticed a notch was.

All the other usual bits and pieces are there too. The primary rear camera is a 12MP+12MP+12MP configuration. When closed, you have a 10MP selfie camera and, as mentioned, you have a 4MP Under Display Camera.

In the words of Monthy Python, “and now for something completely different”.

The Galaxy Z Flip 3 is a totally different take on what folding phones should be. Well, it’s not a folding phone at all, it’s a flipping phone. The idea here is that you have a teeny tiny phone in your pocket that can be opened into a full-sized smartphone. It looks like Samsung nailed it with this fun design.

I always find the manufacturer’s websites interesting for launches. One of the first things Samsung discusses for the Flip is colour. This is a hint into who they are targeting with this. More fashion-conscious phone users looking for some style. When closed, the Galaxy Z Flip 3 measures just 4.2-inches. I totally get why this is appealing. I myself gave up on big smartphones, adopting the Pixel 5 and iPhone 12 over the past 12 months. So many will love this aesthetic approach.

Closed, the front of the phone has a 1.9-inch display. Here you’ll be able to control music and preview messages and notifications. Open it up and you have a 6.7-inch display. Basically, just like any smartphone.

Camera-wise, you have a 10MP selfie camera and dual setup on the rear with 12MP+12MP primary cameras. The form of this phone lets you shoot some really clever shots.

Take a selfie with the phone closed. Half-open the phone and it’ll sit on a flat surface for you to capture a group shot. This is also great for watching Netflix on the go.

Right. That’s all we’ve really got to say for now. It’s early days and that’s probably enough to whet your appetite. It’s time for you to head off and rummage through the Samsung website to see what else you can learn. Before you go, let’s look at what these phones will set you back.

Buying from Samsung directly, means you’re buying SIM-free. If this is you, be sure to check out our SIM-only offers guide too.

The Samsung Galaxy Z Fold 3 weighs in at a wallet-busting €1999.