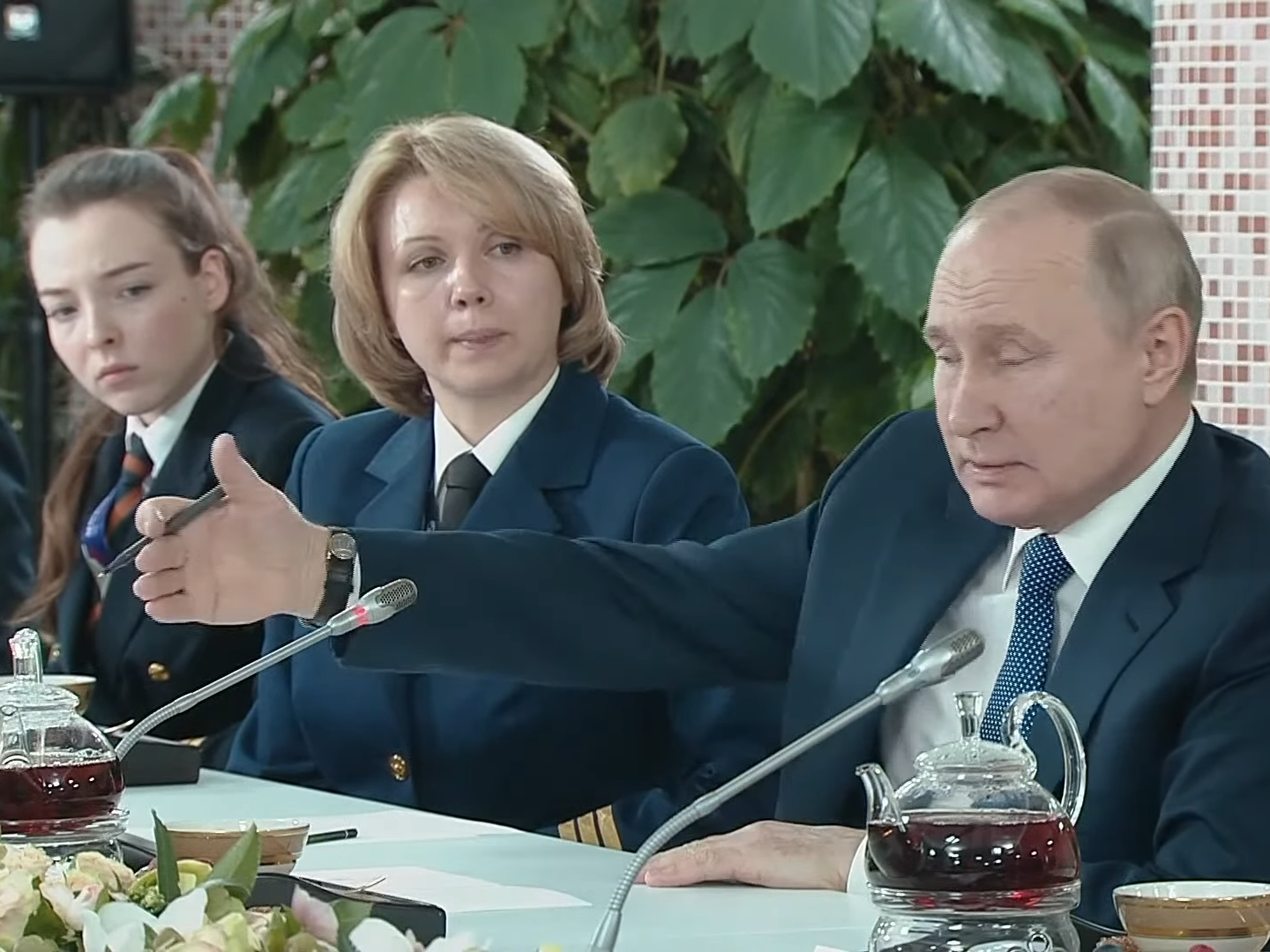 Home News Did Putin Use A Green Screen To Fake An Aeroflot Meeting?

We need to be hypercritical of everything we see on social media today. There’s misinformation and disinformation everywhere linking to Vladimir Putin’s invasion of Ukraine. That’s why many are very interested in a video released by the Kremlin today. Putin visited an Aeroflot training centre. But people are questioning if the video is real at all. The accusation is that Putin was filmed in front of a green screen and superimposed into the video. Here’s what we know.

Support The People Of Ukraine

Thanks for clicking into this article and trying to learn more about the truth online relating to Russia’s invasion of Ukraine. While you’re here, please consider donating to the Irish Red Cross. They are raising funds to support Ukrainians fleeing the war. You can donate via the Irish Red Cross website or, if you’re a Revolut customer, in the Donations section of the app. Every penny counts.

In the video released today, Putin is sitting at a table with female flight attendants from various airlines. In this meeting, Putin stepped up his rhetoric against Western Allies. The meeting was likely supposed to tick a few boxes for Putin. Appearing beside the (all female) attendants of Aeroflot-using airlines is to support a symbol of Russia. It also keeps his toxic alpha male macho needs in check.

But there’s something off about the video.

Eagle-eyed viewers notice that Putin’s hand passes through a microphone that sits on the table in front of him. This has led to the internet asking; “is Putin a hologram” or “did he use a green screen”.

Did Putin Use A Green Screen?

It doesn’t appear too likely that Putin has used a green screen here. I’ll admit that the video being shared on social media does appear to show his hand passing through a physical microphone. But there’s actually a potential explanation for that.

Videos get recorded, edited and exported to a video file. They then end up on TV or shared on video platforms or social media. With these latter mediums, file sizes matter. Platforms like Twitter and YouTube heavily compress the video so it streams quicker and doesn’t cost so much money to host. This heavy compression can lead to “compression artifacts“.

Compression artifacts lead to areas of digital media being blurred, distorted or lost completely. They absolutely could be the cause of Putin’s hand seemingly vanishing behind a microphone. I’ve watched a higher quality version of that same video and Putin’s hand does not pass through the mic.

I’ve watched a higher quality version of that same video and Putin’s hand does not pass through the mic.

I have a theory but must stress that it’s just a theory. It’s entirely possible that Putin’s team have deliberately created this video knowing it would generate online conversation. With media tightening the spread of Russian news given the sheer quantity of non-sense within, this “green screen” talk has made the video land in front of even more people.

For that reason, I’m not linking the full video. Just in case it’s all a ploy to get more reach.

Why Would Putin Fake The Aeroflot Video?

There’s good reason to question this video being real. Putin has appeared on TV several times recently. Every time he’s very far away from everyone else. In fact, he’s becoming a bit of a meme for it.

It’s not immediately clear why he sits so far away from everyone else. It might be a ploy to make the people of Russia believe he’s the only one in control. It may be something a lot more practical; Covid-19. Yes, Putin, like his buddy Trump, is a germaphobe.

The long tables keep him away from others and should keep him slightly safer too. Realistically, this is the most likely reason for the long tables. Which does make the Aeroflot video very odd.

Assuming the long tables are about self-preservation, why would Putin be sitting near flight attendants? Flight attendants that were likely flying with hundreds of passengers until very recently.

That would be another massive indication that the video was faked. I’ll also admit that there are several scenes where the video just looks weird. One of the biggest tricks with green screening is getting the lighting perfect. Yet in parts, it does look slightly off – like here for example.

However, it’s also entirely possible we’re just trying to find something that isn’t there. Occam’s Razor suggests the simplest answer is often the most likely. And the simplest answer here is everyone had PCR tests, Putin was really in the room and took the risk to look cool beside a load of female flight attendants.

At the end of the day, he’s up against Volodymyr Zelenskyy who is infinitely cooler and more impressive anyway.

Please remember to donate to the Irish Red Cross if you can.

Donate to Irish Red Cross
Ads To Pay The Bills