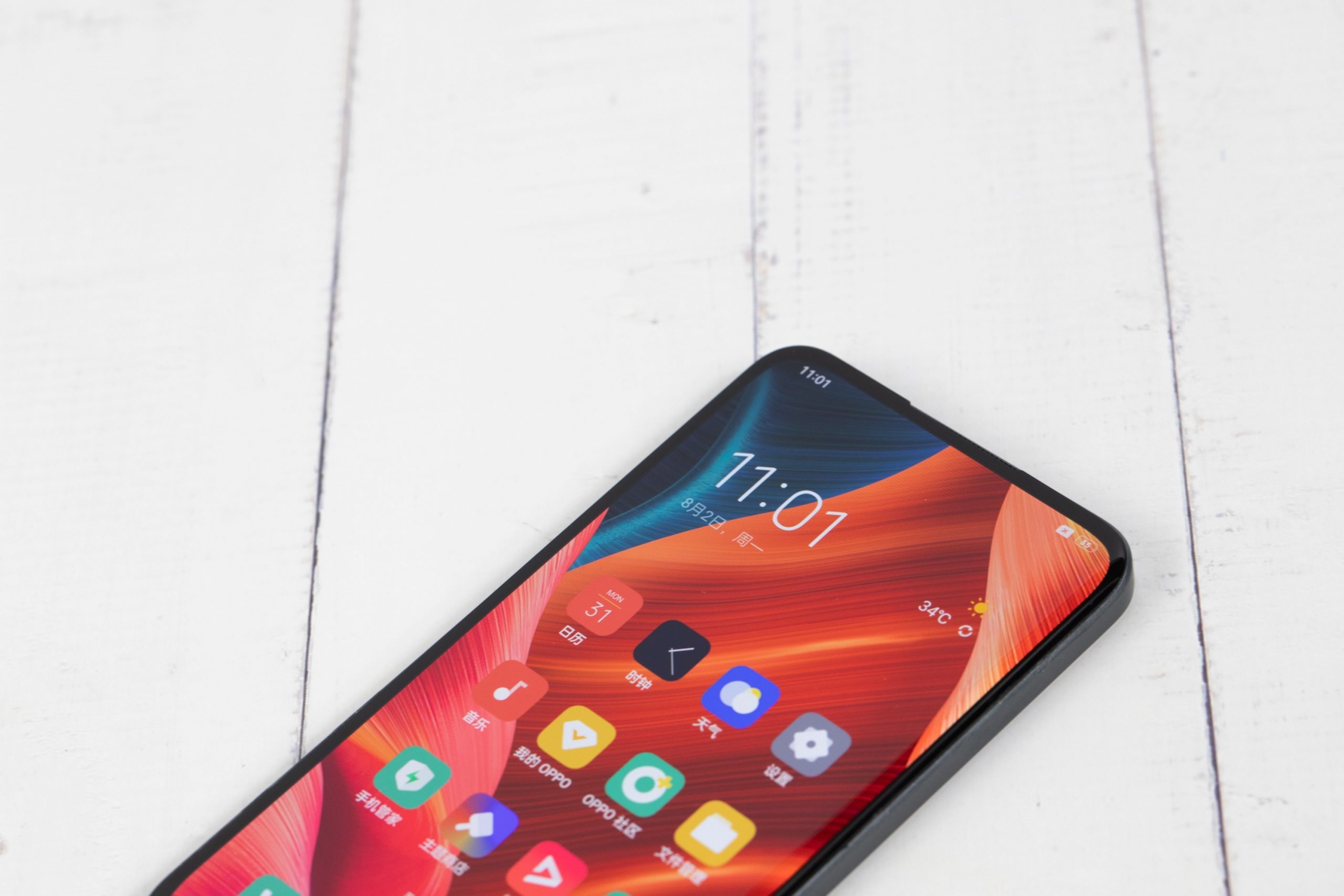 It felt wrong being excited with that headline. “Crack” and “screen” rarely means anything good. But this is good, very good indeed! Our mobile phones are evolving. Once upon a time, removing the headphone jack would have been sacrilege. Pin-hole selfie cameras were unheard of. Well, selfies themselves were unheard of. Folding touchscreens are becoming practically mainstream. The next big thing is likely to be the in-screen camera. Back in 2019, OPPO revealed their first take on this concept and today they confirmed the next generation is ready.

So this is OPPO’s second take on in-screen camera technology. Their first shot at it was impressive, but it dead result in reduced pixel density around the area where the camera sits under the screen. OPPO’s new solution doesn’t do this and now the phone maker claims users will notice “almost no visual difference between the area [where the camera sits] and the rest of the screen during everyday use”.

To show what this might look like, OPPO released this image of a prototype, though I’ll reserve opinion until a real-world model is seen.

OPPO has likely gone with this e-reader style demo of the screen given how difficult this would be to pull off convincingly. Again, I’m acutely aware this could just be a render and non-indicative of a real-life shot. However, if OPPO can live up to this expectation, it could finally be the end of the notch.

Shots From Within The Screen

It’s mind-boggling really. If you look through coloured foil, your world becomes that colour. Yet, OPPO has worked out how to take a shot through a screen of colour. OPPO’s next-generation under-screen camera uses AI algorithms to sidestep issues such as blur and image glare. This means the phone does all the work while users can capture clearer, more natural images.

Check out these selfies which OPPO has provided

Do We Need Under-screen Cameras?

As I said at the outset, there was a time we thought we needed headphone jacks. A time we didn’t think we needed selfies cameras at all or maybe even smartphone cameras full stop. I’ve personally moved to the smaller iPhone 12 because I like the smaller form. In-screen camera technology means I can get more from my small screen. But the benefits are also for those of you who like big phones, folding phones and really any phone at all.

Design is about overcoming compromise and the likes of “the notch” is an imperfect design solution. Technology offers a way to circumnavigate that, and that technology is under-screen camera technology.

Whether or not we see this technology in OPPO’s next flagship or not, remains to be seen.