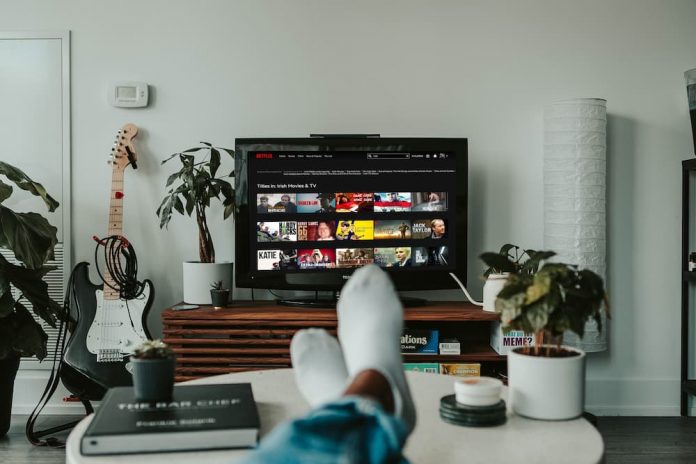 Well, we’re here again. Another parade-less St. Patrick’s Day. There’s not a whole lot to do is there? Well, we do have the RTE Virtual Parade I guess. If that’s not to your taste, perhaps some Irish-related stuff from the Netflix is in order?

The Siege of Jadotville

This is one of those movies that gets you so pumped to be Irish. You know that feeling, right?

The Siege of Jadotville tells the true story of Irish Soldiers who were besieged by overwhelming enemy forces while on a UN peacekeeping mission in the Congo.  The heroes led by Commandant Pat Quinlan fought for five days and heroically defended their outpost.

The Irish who fought at Jadotville were shamed for their performance despite it being genuinely legendary levels of heriocs. More recently, those heroics have been recognised officially.

The Office is one of the all time greats. You can watch from start to finish or just dive in a grab an episode. This particular episode is, as the name suggests, about St. Patrick’s Day. Michael mistakenly believes that he impressed Jo while Dwight disrupts Jim’s first day back from paternity leave. Andy and Erin have an usual first date. Cute.

It’s another one like The Office in the sense that nearly every episode is a classic. I’d argue the whole show is more than a bit Irish give the gang runs Paddy’s Pub. They run it badly, of course, but there’s a bit of Irish. in every episode.

In “Charlie Catches a Leprechaun”, Dennis plans to turn the fate of Paddy’s around. As you might imagine, right from the get-go, it seems to be a bad idea. Then, Charlie and Mac join forces to catch a “leprechaun”. It’s about as PC as you’d expect from Always Sunny. It’s also exactly what you think in general.

I’d be surprised if you’ve gotten through most of the lockdown without watching Bridgerton. The romantic, scandalous, and quick-witted series celebrates the timelessness of enduring friendships, families finding their way, and the search for a love that conquers all.

The show also stars Galway-native Nicola Coughlan, who has famously confirmed she skipped loads of scenes in the raunchy show while watching with her Ma. Doesn’t get more Irish than that.

We still managed to get a Eurovision last year. Ireland is a superstar at the European Song Contest, appearing 53 times, 43 of those being finals and winning seven times! It’s in our DNA. The Netflix movie follows two small-town singers chase their pop star dreams of emulating Irish success on the big stage.

For good measure, you also get Pierce Brosnan.

Arguably the longest film of all time based on “feel”. It’s not a bad flick, although it did feel a bit like pulling a hape of auld lads out of retirement to play young gangsters. Incredible CGI sometimes being undermined by questionable movements of the actors, but look. If you want a one-stop-shop to pass the bulk of Paddy’s Day year, watching a movie about hit-man Frank Sheeran wouldn’t be at the bottom of my list.

But if you want something from the very top of my list of things to watch, Derry Girls would be up there. If you, somehow, haven’t heard about it, Derry Girls is all about a group of teens and their families during the Troubles in the early 1990s.

There is a whole host of other stuff to watch on Netflix this Paddy’s Day. Just search Irish and you’ll find the entire Irish Movies and TV category!