The beast is back! Quite possibly the biggest video game franchise in the world has returned with it’s the latest instalment and in short FIFA 18 delivers in bucket loads.

While Konami has doubled down on PES, improving its on-field mechanics and fluidity we still find it difficult to look beyond FIFA each year for some very simple reasons. All those licences, the sheer longevity of gameplay through a range of game modes, complete footballing immersion and of course the matchday pomp of its presentation.

But this year FIFA 18 has moved beyond just glitz and glamour. Tweaks, minor as they may be to player animations have drastically changed dribbling, tackling, passing and striking so much in comparison to the FIFA 17, resulting in a far more complete gaming experience. 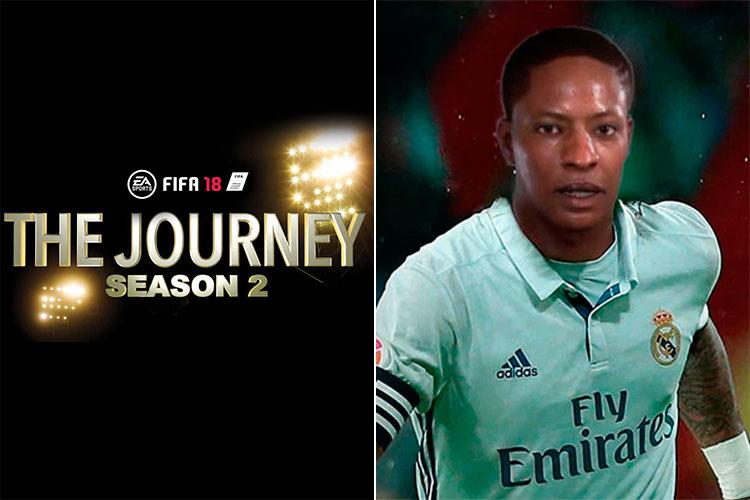 Alex Hunter is back and I for one am delighted. Last year EA took a punt bringing The Journey to the table, offering a more “human” touch on pro footy. While last years version was relatively short and obviously a first gen. This year we are treated to a truly engaging story showcasing the ups and downs of being a footballer.

With approximately 15 hours of gameplay (that’s how long it took me anyway), The Journey 2 really expands on last years outing. It starts with a FIFA Street outing in the streets of Rio de Janeiro, which is just teasing because it’s the only time you get to play this way across FIFA 18. Its fun and frantic just the way it should be. Beyond this, the storyline develops through the pre-season transfer window, bringing in transfer talk, new characters and allows you to form relationships with real-life footballers.

Decisions you make throughout the campaign will define your Hunter’s personality and allows you to unlock different aesthetic alterations. These decisions actually define your storyline too, which means although the main story stays the same, how you or I go about it could be completely different.

I really enjoyed this game mode and I was pleasantly surprised by the mini-games and side stories. The Journey: Hunter Returns is built to peak your interest and is definitely a great place to start in your FIFA 18 journey. Without giving away any of the storyline if you play Ultimate Team its worth your while completing this first as with each chapter you get a free card to use online. Trust me some of them are real doozies.

Consume all the things!

Speaking of Ultimate Team, the popular game mode also makes it’s long-awaited return. In last year’s mode, personally dropped approx 100+ hours (which according to online forums is low in comparison) into building my teams and completing challenges. Very little of this time was actually spent playing matches such is it’s depth. With FIFA 18 costing €70 for the basic version, Ultimate Team is where one gets the best best value for money. Just look a the list of Icons who have been added to the game this year! That’s not including the likes of Pele, Maradona, Ronaldinho and Fatnaldo. If you played FIFA 17’s Ultimate Team then you’re in store for a small reward in the form of extra packs when you get started.

At its core Ultimate Team is a hark back to old days of trading cards with your mates in the schoolyard with the added element of actually building a team to use online. If you haven’t delved into the game mode yet, do. It’s a great way to make a weekend disappear in the blink of an eye.

Make a date with your mates

Online play is so important in modern gaming. While standards one v one online play has become a standard one game mode which is a whole pile more communal is often times overlooked. This is the Pro Club feature which myself and 7 of the other lads recently gave a whack.

It’s frantic and completely mental. Imagine you and a group of your mates in a party completely miced up and trying to organise yourselves against a group of other lads doing the exact same thing. Feelings will get hurt, things will be said but ultimately i found its a great way to have a bit of craic with the lads on a hangover day or late at night. And yes The Potholes are our team, if your on PS4 and wan’t to give us a game give me a shout.

Before I go any further doesn’t FIFA 18 just look gorgeous. That Frostbite game engine has really been pushed to it’s limits this year and holy crap doesn’t it just look almost as good as the real thing.

In terms of actual game play it’s very much a case of it ain’t broke don’t fix it. FIFA 18 looks to resolves some of the long standing gripes but nothing more. The bane of FIFA 17 ie the set pieces remains the same, so get ready for more stress and woeful shootouts.

Where things come into their own is with player control, see that updated crossing mechanic- I know it’s a small thing but it just offers you so much more than a default ball into the box, and a double-tap for a low cross.

Other upgrades include improved AI for off the ball runs, touch ups to shooting controls and the vastly needed keeper awareness. “The keepers broken” we all have a mate who used this excuse religiously when loosing. No more will this be the case, in fact keepers almost seem too good but sure wouldn’t we all prefer this to the flaky Joe Hart’s we have gotten use too.

What I really like though is the changes in opponent AI and tactics. Over the years playing the computer controlled teams has always been the same, however this FIFA 18 has given them a serious upgrade with each of the game’s 700-plus sides being given two of 12 possible play styles. It’s not perfect by any stretch of the imagination Liverpool don’t play like a Klopp team and Barca won’t play tika taka , but at least ensures career mode matches against possession-heavy Arsenal, Vardy-targeting Leicester and stoic, defensive Burnley no longer feel identical.

In my humble opinion this is the most complete FIFA title ever! This year EA have utilised the new Frostbite engine to bring top-level graphics while adding to the pomp and presentation the series is famous for. FIFA 18 is another strong showing and we are delighted to see the return of The Journey, improvements in AI and increased fluidity in attacking play.

From Pro Clubs to Career, to online play and Ultimate Team, FIFA 18 is amazing value for money sure to keep you entertained and out of your Mrs hair for the foreseeable future. To be honest there are not a huge amount of headline features in FIFA 18 but its the small nips and tucks that EA have done that has made for the most-rounded and compelling FIFA in a good few years. Oh and as a Fulham fan it does give me the chance to bring the Premier League Title to Craven Cottage. Which is what i’m off to do now, see you on the other side.