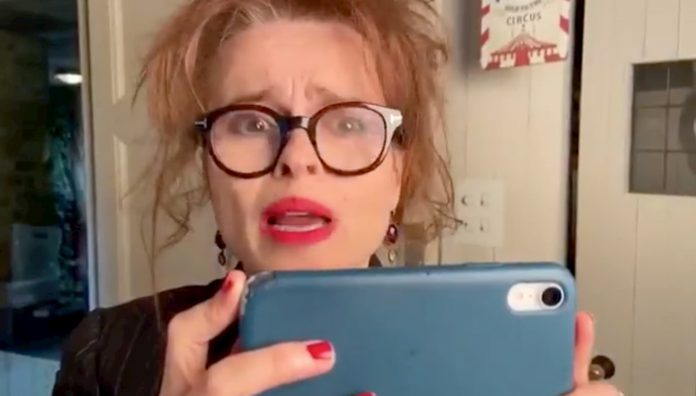 I spotted this randomly on Twitter and I loved it. It’s a tweet from Jurassic Park start Sam Neill. Himself and Helena Bonham Carter have created a short film called Das Fone Hell. In just 2 minutes and 19 seconds, they cover quite a bit. Here’s why short films like this are badly needed right now. I’m also going to dust off some of my critical thinking skills learned in college.

There have been calls for the WWE to stop filming shows because it’s not safe. Only a third of Germans supported the Bundesliga returning with “ghost games”. So why are these things still happening? With Covid-19 restrictions around the world still slowly lifting, we’re starved of new content. Our favourite shows have stopped filming and the vast majority of sports remain paused. But this is a first-world problem of the highest order. At the same time, Helena Bonham Carter and Sam Neill have shown it doesn’t need to be a problem at all.

The short film they’ve released is Das Fone Hell. Sam walks into his kitchen carrying “essential” groceries. He’s accosted by his phone (Carter) which he left at home during his ten-minute shopping trip.

The obvious theme to emerge from Das Fone Hell is our relationship with technology, specifically smartphones. The notification sound that plays as Sam places his groceries down will even trigger certain emotions for iPhone users. The look on his face shows the notification has triggered something in him. 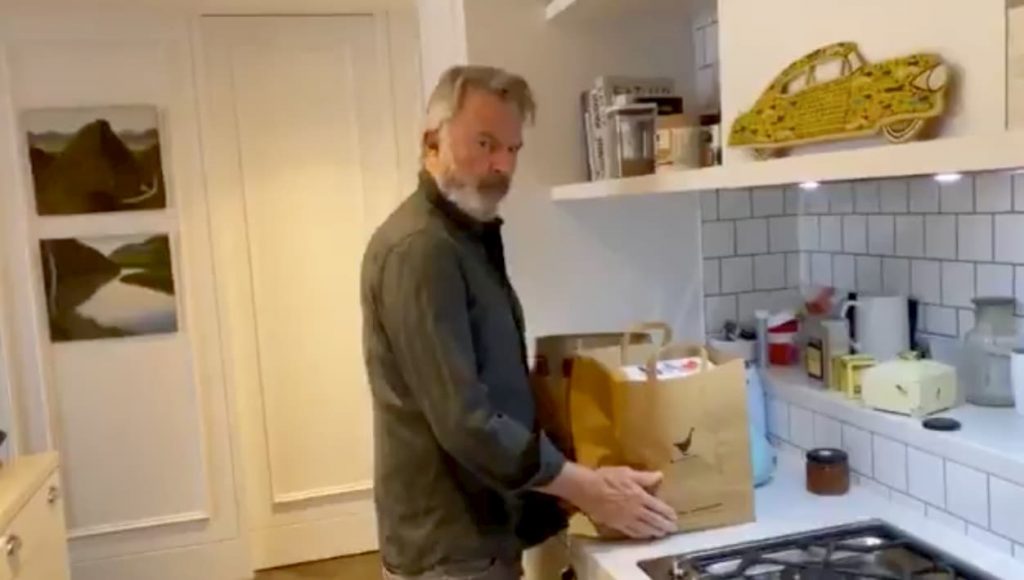 The entirety of this short film brings up many topics, but this is the overarching one. It displays the separation anxiety caused by being away from your phone for just a few minutes. After all, before you leave the house you probably say “keys, wallet and phone”. It’s all about how much of a grip technology has over our lives and even if it disconnects us from people, the opposite of why we thought we wanted phones.

Smartphones: Meeting Needs Or Dictating Them.

Sam describes the last “Sam phone” he ever had as being an old feature phone. I’d wager it was a Nokia 3310 or something. What he means by this is, that was the last phone that met his needs. All he really needed was a phone that he didn’t need to charge and that “didn’t look silly in his pocket”.

Sam is trying to work out when did phones start to dictate our needs instead of meeting them. When “the phone” insists Sam list off the benefits it has to offer him. He lists off some of the nice to have things, like movies and music. He then gets onto the likes of purely addictive games like Candy Crush which have little to offer the brain.

“And you’re even a telephone” is the killer line that follows. The smartphone allows Sam to entertain himself in isolation, away from others. The fact this device started out with connecting people more than ever through calls has now been reduced to a footnote feature. Instead, the phone lets us play mind-numbing games or hear “Ariane Grande dropped a single”.

Do Smartphones Make Us Stupid People?

Even the title, Das Fone Hell, questions if smartphones make us stupid people. The title, is supposed to be in German. Perhaps a play to look artsier or more intelligent. I’d imagine that’s a deliberate take on classical European cinematic tropes. But “Fone” isn’t a word used in German. To refer to phones, Germans use “das telefone” or “das Handy”.

With smartphones, we have translation tools so a mistake like this shouldn’t happen. Smartphones being in our pockets mean we don’t need to know as much these days. We just Google things instead. This fun with the title of the short film suggests that smartphones give us a false sense of intelligence to the point we don’t even use that technology in our pockets to look smart. Instead, we just plough on with being confidently stupid and hope no one notices.

I’ll accept some debate on this given that Neill is working on Quarantine Cinema as a series and “Das” is a prefix to all titles, but I still stand by my point.

Smartphones: Now Connecting Us More Than Ever

While technology does have incredible power to make us introverts, it also allows us to connect in new and meaningful ways. Which brings me to the final point.

This Is A Very Clever And Subtle Advertisement

Sam Neill snuck a wee ad into this as well. Neill is the owner of Two Paddocks Wine, a vineyard in New Zealand. Included in the “the essentials” Sam gets in his shopping is a bottle of Two Paddocks red wine. Now, I think Neill might have been trying to pop a bit of a joke at Covid-culture here too. After all, we’re not supposed to leave the house but for exercise or essential grocery shopping. Yet, we’ve all be drinking loads at home. He is definitely having a giggle at our interpretation of “essential” for sure. 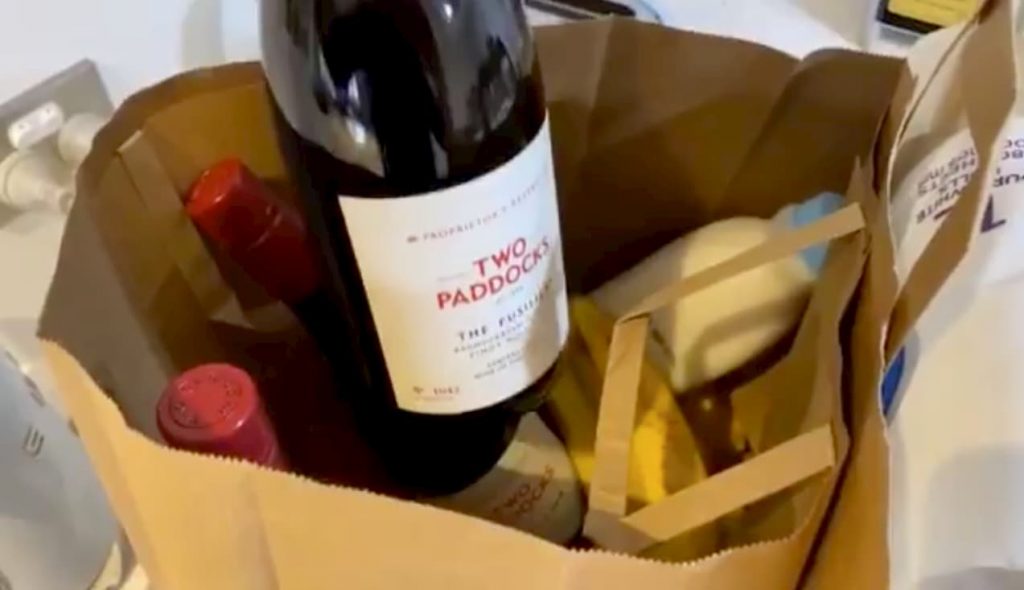 But Neill also knows that a new piece of content, a short film, featuring him and Carter is going to pique the interest of a content-starved public in isolation. A film criticising the very device it was filmed on and used to share. It’s all very clever and entertaining. But it’s also powerful enough to make you question things. The amusing personification of the phone to make us feel like our phones are bothered when we forget this is gas. It’s the guilt we put on ourselves for forgetting something we’re and don’t deny it, addicted to.

Sony was the most ridiculous brand for this. They released a flagship phone every six months. Other brands, generally launch their main phone ever 12 months. Regardless, I’ll admit phone launches are all too frequent for the changes they bring.

In this story, Sam recalls there being a few phones in between his old Nokia-style phone and his new smartphone. “I don’t want to hear about those sluts”, says the smartphone before listing off “the three, the five, the eight”. This is calling out manufacturers for their excessive launching of smartphones.

Sustainability in smartphones is a massive issue. While brands like Fairphone try to make phones more reusable and upgradable, the big tech sector is more interested in keeping customers in an annual or biannual purchase cycle.

It’s just over two minutes long and I have thoroughly enjoyed picking this apart. There’s quite a lot that happens in such a short film. What do you think of it yourself? Let us know in the comments below.