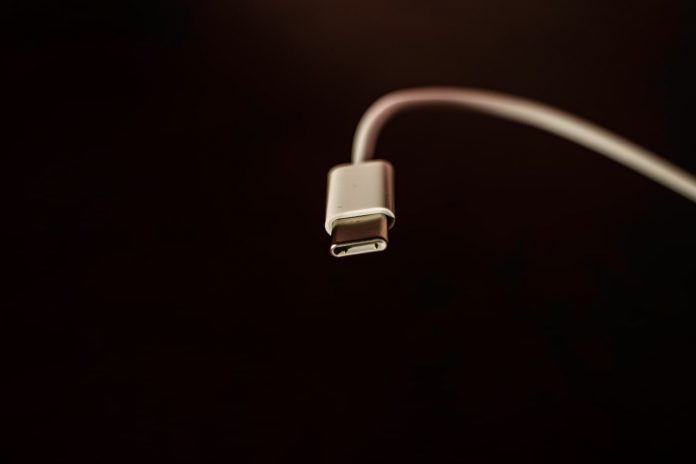 This is good news. Despite what Apple would have you believe, this is good news. The EU Commission is now putting forward legislation to establish a common charging solution for all relevant devices. It’s going to be USB-C which has left Apple fuming. Here’s everything you need to know about the EU going USB-C and what Apple will likely do next.

The EU Is Going USB-C Only

Back in 2009, phone manufacturers arrived at an agreement together that they should all adopt a common standard for chargers. This was when we lost the fat and skinny Nokia chargers as manufacturers moved towards micro-USB and more recently USB-C.

There has been some success, as years of working with the industry on a voluntary approach did manage to bring down the number of mobile phone chargers from 30 to just 3 within the last decade. Still, the EU believes they’ve fallen short of where they need to be, most likely because of Apple’s refusal to adopt USB-C, instead opting for their proprietary Lightning port and cables.

As a result of this, the EU is mandating that all phones must feature a common charging port and that’s going to be a USB-C port. And it’s not just smartphones in scope here. USB-C will become the standard port for all smartphones, tablets, cameras, headphones, portable speakers, and handheld gaming consoles.

The same legislation will introduce standardised fast charging too. Again, Apple wasn’t exactly sound in this space. For years, they bundled a 5W charging brick with their new products, leaving it up to you if you wanted to go buy a faster charger from Apple. Now, when you visit a mates house, their charger will fit and work just as well as the charger you have at home. After a few years of the older stuff dwindling away.

I mentioned bundling there and this is another thing that’s important to note is changing. You’ll now have the choice, where possible, to buy your new phone without a charger. Samsung and Apple is already selling phones without power bricks, though as I’ve written before, I’m not so sure it’s for environmental reasons.

Why Is The EU Doing This?

The reason for all of this is simple. Annoy Apple. No, I’m joking. This is an important step towards reducing the production and disposal of new phone chargers, more particularly the amount of waste generated by them. Disposed of and unused chargers are estimated to pile up to 11,000 tonnes of e-waste every year.

Margrethe Vestager, Executive Vice-President for a Europe fit for the Digital Age, said: “European consumers were frustrated long enough about incompatible chargers piling up in their drawers. We gave industry plenty of time to come up with their own solutions, now time is ripe for legislative action for a common charger. This is an important win for our consumers and environment and in line with our green and digital ambitions”.

Why Is This A Big Deal For Apple?

Apple has resisted this from the word go, opting instead for their proprietary Lightning charger on iPhone and some iPads. This is despite moving some iPads and all MacBooks to USB-C. Apple is claiming foul, stating that the new rules will lead to more waste being generated whilst also stifling innovation.

The truth of the matter is that Apple knows lots of customers have bought accessories designed with Lightning ports. Think of those old speakers you could dock your iPhone into and play music while also charging your phone. Apple is concerned that these products becoming obsolete is going to lead to more waste than ever. Of course, there are also all the cables headphones that are out there today.

While there is some truth to this, I don’t for a second believe what Apple is saying here on the surface to be the real reason they’re apprehensive. Lightning is another factor that keeps people within the Apple ecosystem. I love the Apple ecosystem and it works so bloody well that I’d now hate to leave it. If people have Lightning accessories, they can’t really swap over to Samsung or OPPO because the accessories just won’t fit.

I’m not buying the whole “stifling innovation” thing either. Apple is a company famed for innovative design. The amount of tech they cram into smartphones is incredible. They’ve been working with massive constraints for years and knocking it out of the park. As Orson Welles once said, “the enemy of art is the absence of limitations”.

The reality is that Apple has stubbornly been dragging this on for years and the EU is now taking a stance. The entire legislation is effectively aimed at Apple’s refusal to adopt USB-C and giving people low-ball chargers.

What Will Apple Do Next?

Well, there are three things they can do. You might be surprised to hear there even are three options.

The first thing, and most likely thing Apple will do, is to adopt USB-C. Apple already has significant experience with USB-C on the Apple laptop range but more importantly for mobile design, lots of iPads too.

Next up, is the most unlikely option. Apple could release a phone with two ports, Lightning and USB-C. The ROG Phone 3 actually does have two ports, both USB-C. So it can be done. However, the amount of design work required to make that a reality is massive.

The third option, which I would say is pretty much inevitable, is the portless iPhone. Apple is pushing MagSafe and wireless charging big time. Everyone thought it was lunacy when they killed the headphone jack, but here we all are with wireless earbuds or headphones. There’s nothing stopping Apple from releasing an iPhone that can only be charged wirelessly. It’s been confirmed that this wireless approach would be exempt from requiring a USB-C port. Ironically, the wireless charger could even have a Lightning port as it falls outside of the scope of the EU legislation.

It’s very unlikely the iPhone 14 will now support USB-C. Even though the iPhone 13 has just launched, design for next year’s phone would be well underway. Unless Apple knew about this or had plans to go for USB-C anyway, it’ll more likely be the iPhone 15 that first bears the USB-C port. That’s assuming Apple doesn’t just go wireless.

From the EU, there will be a transition period of 24 months from the date of adoption to give manufacturers ample time to adapt USB-C and the other new rules.