In Limerick, we have absolutely no shortage of bars, restaurants, cafes and cinemas. But a few weeks ago, the missus and I were looking for something different to do on a date night and realised that unless it involves drinking, there’s actually very little to do in this city. Now all that has finally changed, with Level Up Arcade Bar!

“Arcade Machines coming from Ireland, United Kingdom, USA and some even all the way from Japan”

Level Up Arcade Bar is a new experience opening in Limerick which consists of a Bar Kitchen and of course, an Arcade. Two years ago a similar arcade bar opened in Dublin. Now, after months of top secret planning and countless man hours, Level Up have acquired 50+ Arcade Machines coming from Ireland, United Kingdom, USA and some even all the way from Japan. Originally pitched as “Barkade” Level Up ran into some legal issues with an American company in which infringed on their trademark. As a result, they had to change their name to Level Up, which rolls off the tongue a lot better anyway, don’t you think? 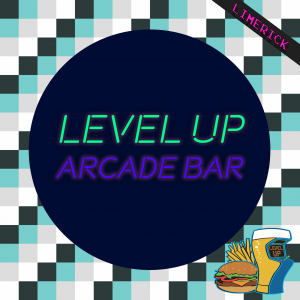 Some arcade games that Level Up are offering will include Time Crisis 4, Street Fighter 2, Mortal Kombat 2 and House of The Dead 4.

Level Up Arcade Bar has a massive range of retro arcade games that you would have seen around the 1970’s, ’80’s and 90’s. Some arcade games that Level Up are offering will include Time Crisis 4, Street Fighter 2, Mortal Kombat 2 and House of The Dead 4. They will have original cabinets, some custom Jabba Cabinets with the originals games and pinball machines. 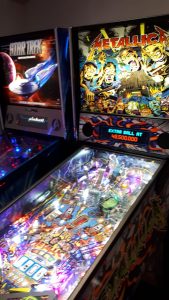 As you all know by now, we at Goosed love the newest a shiniest tech on the market. But everybody loves a bit of nostalgia. In todays day and age, we are absolutely spoiled with the standard of games we have. Taken Apex Legends for example. A free download on most games consoles that offers battle royale gaming with amazing graphics. Even Fortnite, a game that has taken the world by storm, which you can also download and play for free. But at the end of the day, nothing beats slotting a coin into Street Fighter cabinet and trying to beat some strangers high score. The graphics may not be up to scratch with todays gaming, but the thrill of heading into an arcade remains as exciting as it has ever been. Which is why there are still arcades all over Ireland. 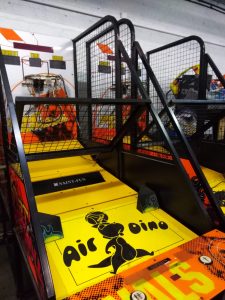 This is only the start of their journey, with the overall plan to expand their machine count to 80+ over the next year. 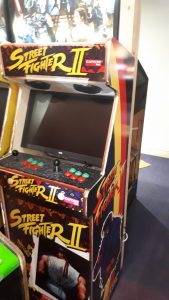 Level Up are going all out with their venue,  and will offer a truly unique experience while maintaining the highest quality of service in the industry. They hopefully plan to open their doors to the public on November 1st provided they get over all of the legal stuff. This is only the start of their journey, with the overall plan to expand their machine count to 80+ over the next year.

This new arcade bar will be perfect for date nights, a night out with your friends and team building nights. Limerick has been crying out for something like this and is perfectly located. They will provide some great food and a mixture of your standard beers and also some great craft beers. We are sure that Level Up will be an amazing success and we look forward to seeing what else they have in store over the coming months.

You can find a full list of their games that they will have offer on opening here: