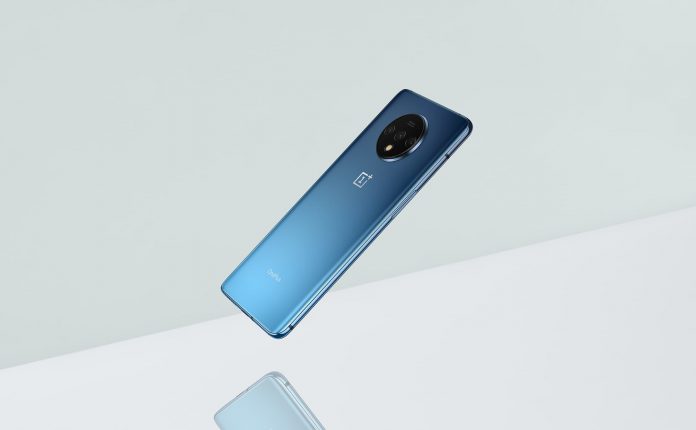 When Will OnePlus 7T Launch?

The exciting thing about the OnePlus smartphone range is that they refresh on a regular basis. Even though we got a smartphone just six months ago, there’s already another one in the pipeline. For customers in the United States, the OnePlus 7T remains unaffected by the issues that Huawei is experiencing. As this is the case, the OnePlus 7T will launch on September 26th 2019. For European customers, we can look forward to a OnePlus 7T Series event which will also see the OnePlus 7T Pro launched. This European announcement takes place on October 10th.

If that all seems too far away right now, don’t worry. There’s already been plenty of leaks and even official teasers released from the company themselves.

In a rather unusual move earlier this week, OnePlus CEO, Pete Lau, released images of the new OnePlus 7T on Twitter and within the smartphone manufacturer’s online community.

With a confirmed visual of the phone, just what should we expect from the new OnePlus 7T?

The OnePlus 7T: What To Expect

OnePlus follows a certain set of principals with their launches and you should expect to see more of the same with the 7T. Generally speaking, what I mean with this is measured innovation.

From the images released by Pete Lau, we can see the OnePlus 7T will be rocking a triple primary camera array on the rear. The “Nokia Lumia 1020” look is so hot this season, as OnePlus follows suit with a circular camera array on the rear, a very similar design we’ve seen on the Huawei Mate 30 Series; a design which I’m personally shocked Apple didn’t go for considering they’re all into central symmetry. 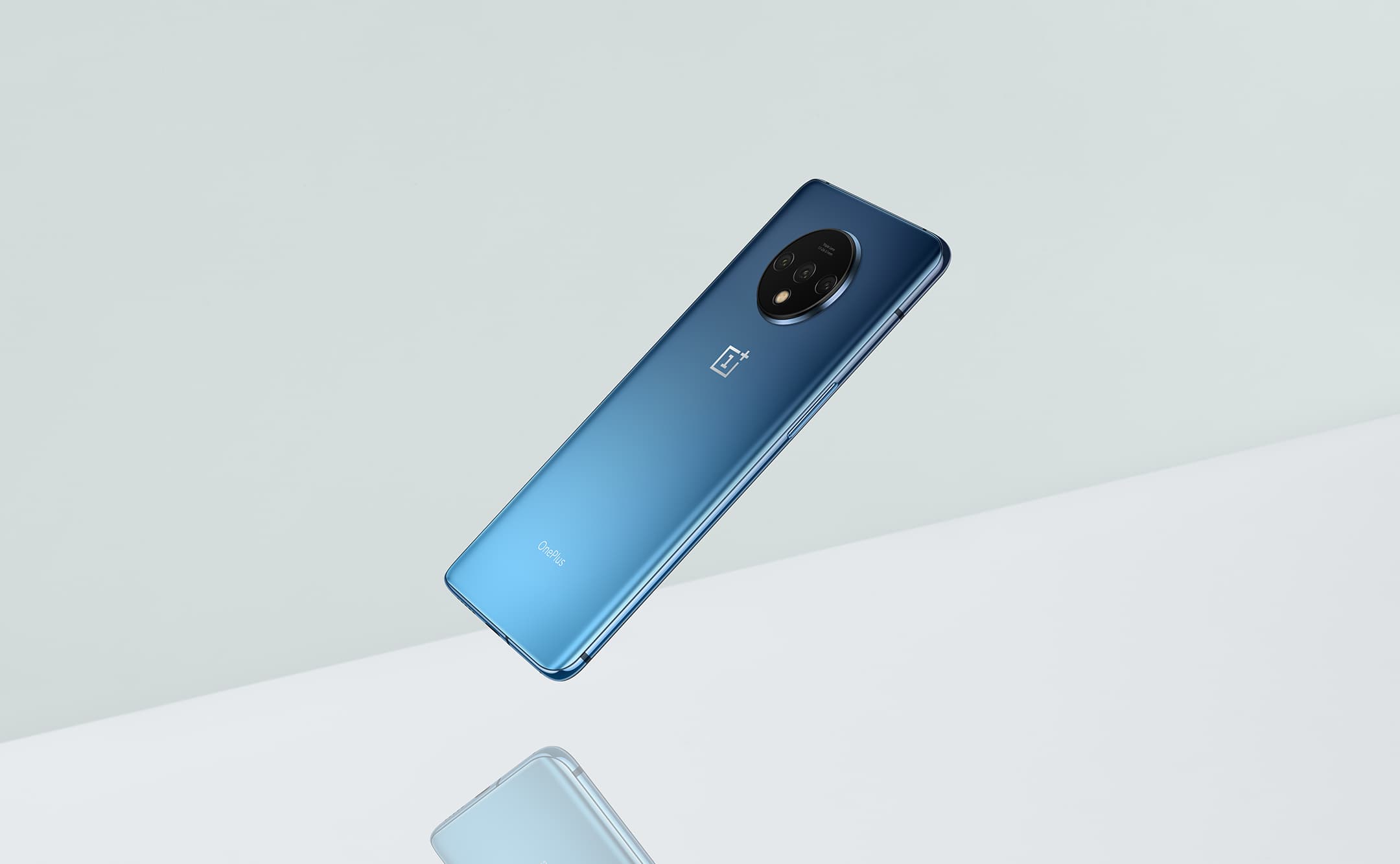 Within the array on the OnePlus 7T, you’ll find a 48MP standard lens, a 12MP telephoto lens with two-times optical zoom and a 16MP ultra-wide lens offering a 120-degree field of view. There’s nothing too crazy expected in terms of videography ability. However, OnePlus may very well introduce 960 fps super slow motion which would be an upgrade on the previous handsets they’ve released.

Flip the phone over and we see that OnePlus will continue with the clean screen approach. In terms of the dreamland features people want to see, there won’t be an under-screen camera on this one I’m afraid. The front-facing selfie pop up camera means there’s no screen lost to a notch. Drop your phone and a drop sensor automatically pops the camera back in, reducing the risk of damage.

Charging is just an area that Chinese manufacturers are absolutely slaying in at the moment. OnePlus brings their own take on fast charging to the game in the guise of Warp Charge 30T. Again, the less than tight-lipped Pete Lau, revealed that the OnePlus 7T will feature Warp Charge 30T, capable of charging the new phone at 23% faster speeds than the OnePlus 7 Pro.

After running some numbers on the back of a cigarette packet here, that would suggest the OnePlus 7T is cable of 0% to 50% charge in 15 minutes – give or take a few minutes.

However, if you’d hoped this would be the time that wireless charging appears on a OnePlus smartphone, I’m here to dash your hopes. In the spirit of measured innovation, the Chinese mobile phone manufacturer still doesn’t believe wireless charging is in a position to provide a good enough user experience.

We’re still quite a distance away from having a phone battery that can last a few days, but charging innovations over the past few years have genuinely been exciting enough to distract from that fact. Wireless charging was a bit of a buzz term for a few years and I’d imagine it’s another few years away from being a genuine replacement considering the vast improvements in wired charging recently.

Will There Be 5G?

Some were shocked to see Apple launch the iPhone 11 series without 5G as even an option. I’m less surprised as they tend to be happy enough to let Android users iron out network issues during the early phases of new technology. I was perhaps a little more surprised to see Huawei adopt a two phone approach for their Mate 30 Pro smartphone given that their Kirin 990 chip was touted as the world’s first dedicated 5G smartphone chip.

All of this leaves me pondering about what will OnePlus do. As I’ve mentioned, OnePlus is big into measured innovation but also big into cutting costs where possible. A few years back, the phone maker didn’t see the value of NFC and cut it from their range, only for it to return years later when it was more useful. Considering OnePlus has such regular phone releases, I would wager 5G won’t make an appearance until the OnePlus 8 launches in 2020.

This is a first-world phone feature, pioneered by the gaming giant Razer. Most flagship smartphones today are capped at a 60Hz. The OnePlus 7T series will have a 90Hz refresh rate. This is great news for gamers and phone users in general who want to get a pristine visual experience.

Total disclosure, I’ve only had a quick play with the display on the Razer Phone 2 so I’ll have to come back to you on whether or not this is a worthwhile callout or not.

Given that business contracts typically last for 12 months at the very least, we can also expect to see another Special McLaren edition of the new OnePlus 7T hit the market too. The F1 team joined forces with OnePlus earlier this year to create a branded smartphone.

As a big F1 fan, I’m excited to see what this looks like, right down to the papaya orange charging colour that’s touted to come in the box.

Buying the OnePlus 7T in Ireland

OnePlus is now selling in Ireland through a fully-fledged online store. This is great news for any nervous online shoppers uncomfortable with the idea of buying phones in from other countries. The OnePlus 7 was the first phone from the Chinese phone maker to go on sale in Ireland with an Irish network as they teamed up with Three. Whether or not this will continue remains to be seen, but if you’re looking for the OnePlus 7t on a contract, watch this space.

If you’re in the market for a new smartphone, should the OnePlus 7T be in the mix? Here’s how the rumoured specs weigh up against the other heavy hitters in this space.

Key differences between the two OnePlus phones set for launch will be:

OnePlus will run Samsung to the wire by the looks of things. Key differences as the Chinese and Korean smartphone makers go head to head will be:

An ever so slightly mismatched pairing here in the battle of Chinese smartphone makers pitting the OnePlus 7T against the P30 Pro. The OnePlus 7T Pro would probably be a fairer match, but here’s how they pair up.

Q. Will the OnePlus 7T be available in Ireland?

Yes. The OnePlus 7T Series is expected to be available in Ireland, at the very least, directly from OnePlus.

Q. When will the OnePlus 7T launch?

The OnePlus 7T will launch on September 26th 2019 in the U.S. For European customers, we can look forward to a OnePlus 7T Series event which will also see the OnePlus 7T Pro launched. This European announcement takes place on October 10th.

No. It’s unlikely that any of the new OnePlus 7T smartphones willl support wireless charging of any kind.