I do love a good Marvel/Netflix collaboration, who doesn’t. Would you believe the second series of Luke Cage is the 9th season since the two companies decided to get in bed together to bring the Avengers B Team to the small screen? This long-term partnership has created some fantastic shows such as Daredevil and some stinkers like Iron Fist. At this point it’s safe to say the Marvel/Netflix partnership has been hit or miss. Luckily Luke Cage Season 2 is a huge hit.

How does Luke Cage stack up?

Jessica Jones and Daredevil both got second seasons from Netflix. However, Luke Cage season 2 is probably the only one of the three who’s second season is superior to the first. In fact we would go as far as to say that this is our second favourite Marvel collaboration. The Punisher stays as number one.

For anyone who watched the first season it’s fair to say that it was good but padded out in parts, a common problem for these collaborations. Despite that, it was released at a point in time in recent American history when racial political tensions ran high. Luke Cage as both a character and a show did a great job in subtly highlighting issues. Couple this with a ripper of a soundtrack, great characters and a top villain that made the show stand out from its peers. In my opinion, the second season took everything the first did well and resolved most of the problems of its predecessor. 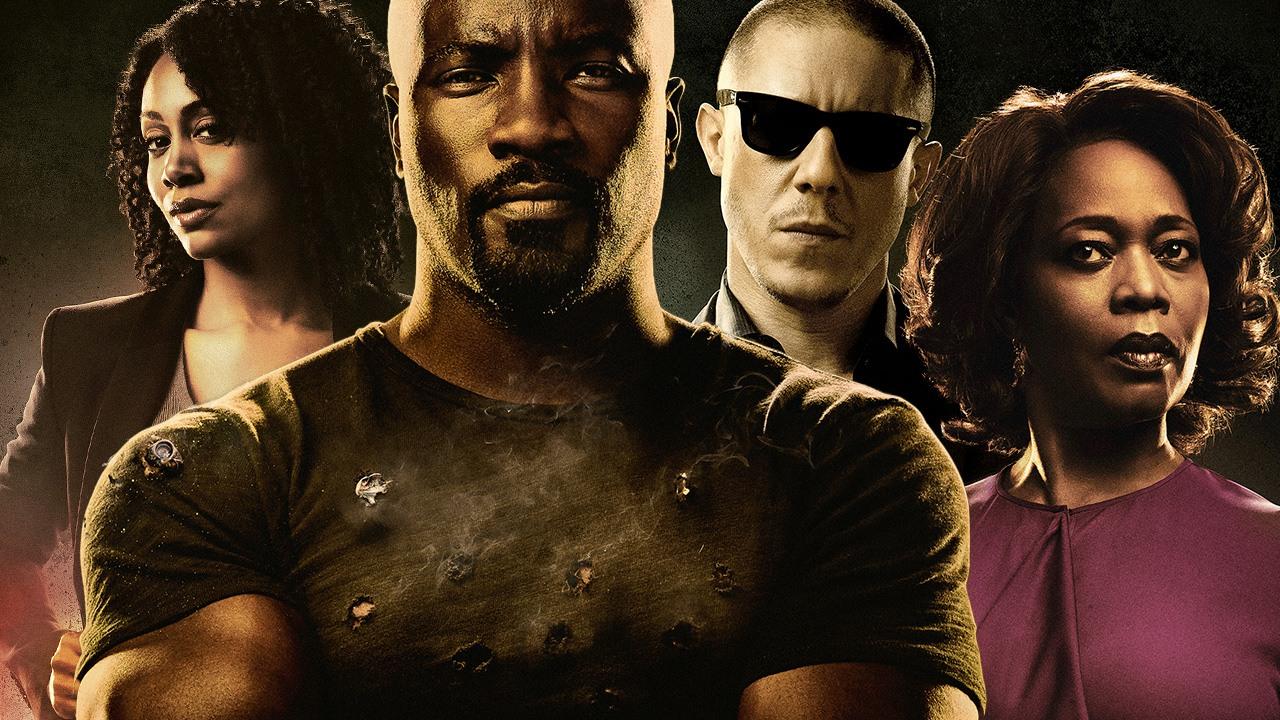 We said the cast was brilliant right? Well it is.

Mike Colter who is basically Luke Cage, really looks at home in the role. In this season he is now dealing with the price of his Harlem celebrity, operating fully in the public eye. Keep an eye out for the Harlem Hero App. This attention brings with it a level of scrutiny Cage hasn’t faced before. Colter plays the part brilliantly, bringing an understanding of how people would view a bulletproof black man who solves problems through glorified street fighting. He is also brilliant in showing an understanding of how a local hero needs to act in the eyes of the community they stand for.

Another stand out performer is Alfre Woodard who plays Mariah Dillard the crooked local political turned good. Or so we are led to believe. In this season we see her character display two distinctive personalities, reigning in the crazy to present a calm and cold public persona. Her hold on the underworld is enhanced by her relationship with Shades, and once again, Theo Rossi is an absolute delight in the role. He and Woodard get as much screen time than the show’s hero, offering a parallel story to Luke’s continued rise in the community. 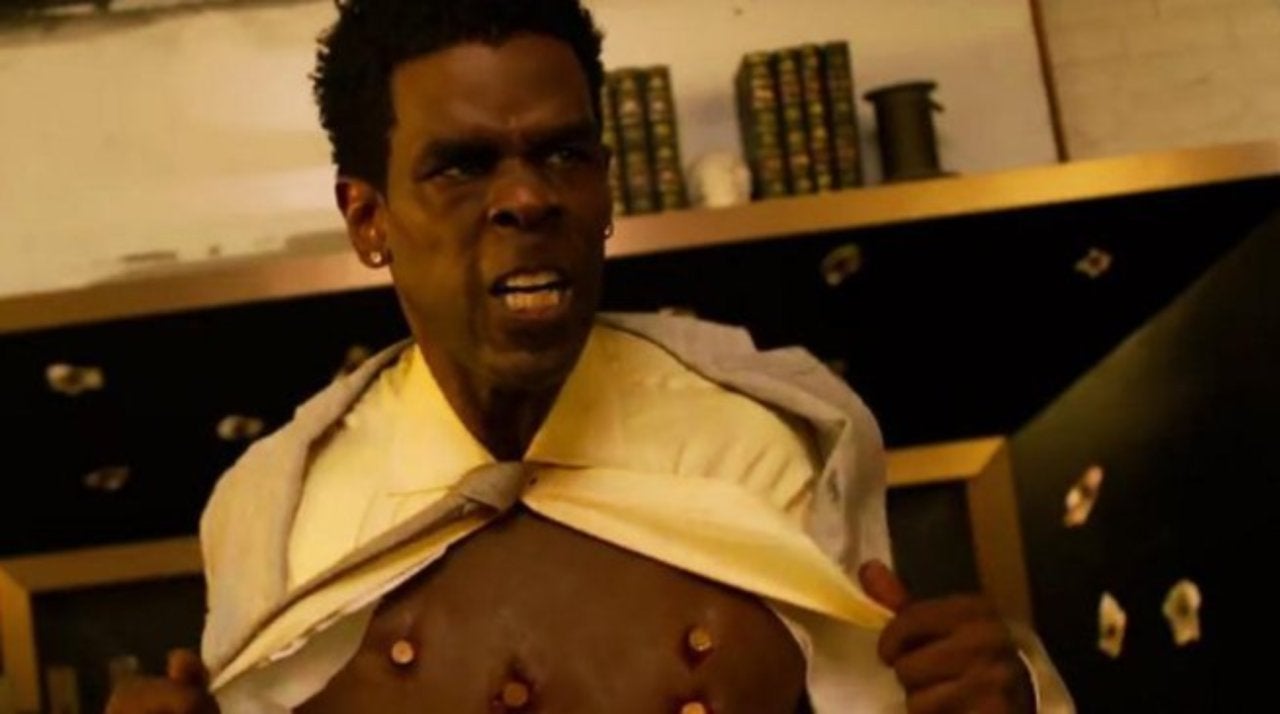 The villainous threat in this season comes in the form of John “Bushmaster” McIver. Played by Mustafa Shakir who really brings home just how much stronger this season is. He plays a slick and cool bad guy who brings a real edge to the show. Although I could go into a lot more detail, I won’t. Firstly because I probably won’t do it any justice. Secondly because it’s a spoiler-free review. Having said that, what I will say is this –  Bushmaster goes right up there with Wilson Fisk and Kilgrave as one of the best Netflix/Marvel villains to date.

Luke Cage season 2 has a lot going for it. When there is a problem it almost seems minor in comparison to the shows obvious strengths. The problems are a bit obvious though. Endless scenes of 2 characters going back and forth, padding out episodes to reach the 13 episodes Netflix seem to want. These problems are not just Luke Cage issues. It’s something we have noticed in pretty much all of the collaboration projects besides Daredevil.
That being said, Luke Cage season 2 does have less ‘padding’ episodes in comparison to the other collaborations and this is a good thing. Unlike its cousins, this series seems less like an attempt at creating a 13-hour movie and more like an actual series. Put it like this, if you ever feel like the show is starting to drag, chill. I promise you that you’re probably only minutes away from another epic street side action sequence.

Luke Cage is definitely the most obviously political show or movie in the Marvel catalogue. The ghetto hero forces the audience to confront uncomfortable truths. It’s that type of risk you won’t find in any big screen blockbuster. Only Black Panther can claim to be as politically motivated or risky in how it presents its message. The cast is brilliant and once again the creators have been spot on with the soundtrack. Basically Luke Cage season 2 is a huge step in the right direction for the Marvel/Netflix collaboration. It should be on your list of binge-worthy shows in the near future.