I think most of us would agree, smartphone innovation has been pretty much non-existent in the last couple of years. More and more these days there is very little to choose between the heavy hitters of the smartphone game, to such an extent that we will make a decision based on our favourite brand rather than specs, style or substance – because it’s all much the same. HTC have a plan to change all this with the launch of the world’s first blockchain smartphone the HTC Exodus.

What’s all this then?

Realistically the HTC Exodus is a phone you are unlikely to see on the shelves in your local phone shop anytime soon, it’s just going to be that different. The Exodus is going to be the worlds first major branded phone that will be dedicated to blockchain encryption (To be fair I only figured out what that meant recently so if you’re unsure check out our Bluffers Guide to Tech Buzzwords). Essentially it is the security technology that is behind the growth of cryptocurrencies such as Bitcoin, Litecoin and probably rapper Akon’s new Akoin – yes that is a thing. 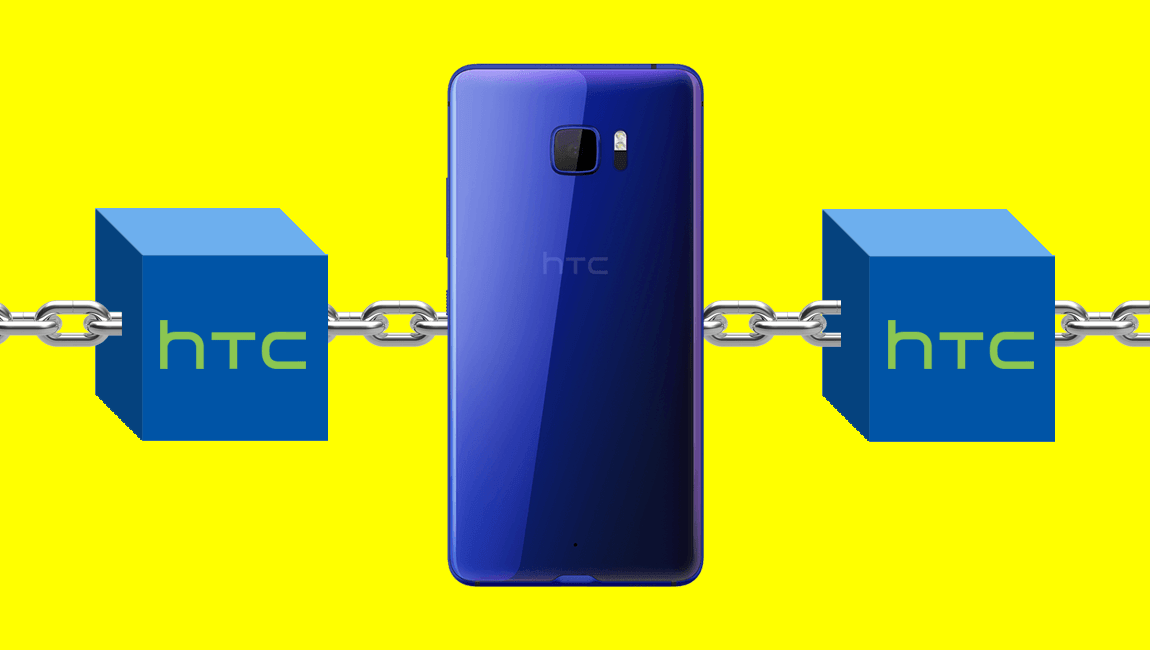 After recent scandals such as the Cambridge analytica cluster fuck, people are more aware of their private and personal data like never before, couple this with the furore around the new GDPR regulations and you can see why a company like HTC would see an opening for a product that puts customer security at the forefront. HTC say that the Exodus will allow owners to keep their data (and crypto-wallet) private and secure on the device itself rather than in the cloud. This way your sensitive information is harder to tamper with or steal. No bad thing in my book.

What do we know right now?

Right now that’s the only image we have available to us and it really doesn’t give anything away. The HTC Exodus will probably look much the same as their current range of products with the most important innovations hidden under the hood.

“I want to see a world where the end consumers can truly own their data without the need for central authorities,” Phil Chen, Head of product development for the HTC Exodus

What we do know is that the Exodus will support support decentralized applications AKA not on the Playstore , run on Android software and have a universal wallet for storing your digital currencies. HTC says every phone will serve as its own blockchain node, part of the network that helps make blockchain systems secure.

The Exodus is going to be a seperate project, far away from HTC’s normal range of flagship producsts and right now we have no anticipated release date or pricing. The rumour mill has it that HTC will accept cryptocurrency payments when the handset does finally hit the market.

Annoyingly there are no images beyond the blueprint available right now, yet you can reserve the Exodus phone online. Personally I don’t see why anyone would want to reserve a phone we have never seen but there you go. HTC believe the concept of a secure phone is going to be a big enough selling tool even though there are a range of software applications already exist that should do the same job. Is the HTC Exodus a piece of innovative technology or just a another brand trying to get on the ‘blockchain’ bandwagon? Only time will tell.