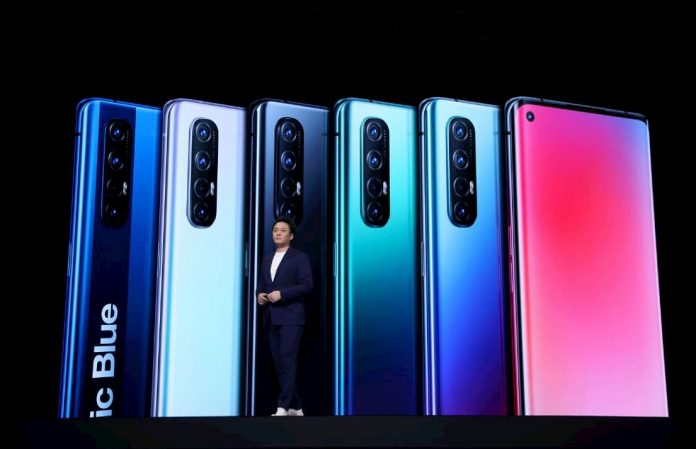 Ireland has a fair share of phone manufacturers come and go. Some, I watch from afar, wondering if they’ll ever come here in force. I’ve noticed some movements in Ireland which suggests we’re going to get another soon. Their name is OPPO and here’s everything you need to know about them.

For a long time, your selection of phones here was quite limited. Phone manufacturers have gone through several waves of dominance. The early days were Motorola, followed by Nokia until the dawn of the smartphone. That brought the Apple iPhone and Samsung Galaxy. More recently Huawei was the disrupted until the controversy with the United States meant Huawei phones could no longer ship with Google support. While some other great brands like Xiaomi are available, they’ve ultimately been a bit of a damp squib in the Irish market. However, there’s a new brand in town and they’re called OPPO.

OPPO is a Chinese technology manufacturer. They specialise in smartphones but also have produced the OPPO Enco W31 wireless earbuds. While relatively new in Europe, the company was founded way back in 2001 and is a subsidiary of the much lesser-known BBK Electronics Corporation. While I say they are lesser-known, you’ll likely have heard of some other brands under this parent company, including Vivo and OnePlus.

Can You Buy OPPO In Ireland?

OPPO is not available to buy from any of the big phone shops in Ireland. By “big phones shops” I mean the network shops and Carphone Warehouse. However, you can buy OPPO phones from Currys/PC World, with a smaller selection available from Littlewoods Ireland. However, I don’t believe it’s going to be too much longer until we see OPPO in Irish shops. Where exactly, I have no idea. It would make sense if Three stores began to stock them given that they are the only place in Ireland you can buy OnePlus and Xiaomi. The first of course being a sister company of OPPO.

What Phones Do OPPO Sell?

OPPO stocks three primary ranges of phone. They are the:

OPPO has the potential to disrupt the market in a similar manner to how Huawei did a few years back. They offer great spec at extremely competitive pricing. Here are some of the best they have to offer

The OPPO Find X2 Pro is the Chinese phone company’s heaving hitting flagship smartphone. On paper (because I’ve yet to really play with an OPPO phone) the Find X2 Pro is a mighty impressive smartphone. It’s capable of largely holding it’s own when compared with the likes of a Samsung Galaxy S20+.

In fact, if you compare the Find X2 Pro DXOMARK camera ratings, the only phone that beats it is the brilliant Huawei P40 Pro.

Currently, it’s only available to pre-order in the UK. While you get a cracking pair of Band & Olufsen headphones included, the phone itself is a spicy €1200+ SIM-free from the UK. While good on paper, I can’t say go buy one until I test it. But early signs are good.

The OPPO Reno 2 is one of those cool phones that, despite a reasonable price point, packs in specs and a bit of wow-factor. The wow-factor comes with the clever bit of engineering that hides the phone’s selfie camera. To allow users to enjoy a completely unobstructed view, the selfie camera folds out of and into the top of the phone.

Within the A Series you have both the OPPO A9 and OPPO A5. With these, you’re into the entry level phones.

It’s like the Huawei P Smart Z and Nokia 5.3

The battery. Lord above. They’ve squashed a 5000 mAh battery into this thing. There’s also a quad-lens primary camera. This kind of spec for sub €160 is just madness.

Again, with the 5000 mAh battery. For this price range it’s genuinely stunning. I do need to repeat, I’ve not gotten hands on with any of these phones but the specs and prices versus what’s in the market right now is very interesting indeed.

Watch this space because I believe we’ll be seeing OPPO in Irish phone shops much sooner rather than later.

Where do OPPO phones come from?

Oppo is a Chinese smartphone manufacturer. They are based in Dongguan, Guangdong, China.

What does OPPO stand for?

There’s nothing to deep about it! OPPO is a Chinese company and in Mandarin their name is Guǎngdōng Ōupò Yídòng Tōngxìn Yǒuxiàn Gōngsī. This translates to Guangdong Opper Mobile Communication Co., Ltd. So you can see where OPPO comes from in the middle there.

I have to hold my hand up here and say I’ve had VERY limited time with an OPPO phone in my hand. However, on paper and from what I’ve seen from other reviewers I trust, OPPO make very good phones. They are packed full of specs and wrap it all up in a neat packages for a very reasonable price.

Are OPPO and OnePlus the same?

Can OPPO use Google?

The Trump ban on American companies working with Chinese smartphone manufacturers is still limited to just Huawei, strangely. While this may change in the future it’s likely that such a change would only affect new handsets released after a certain date. For now, OPPO is officially supported by Google.

On a high level, there’s no reason Fortnight wouldn’t work with an OPPO smartphone. However, the game itself does have some specific requirements. So make sure you check out what specs your phone has and that it is supported.

What OPPO phone is the best?

Which OPPO phone has the best camera?

The OPPO Find X2 Pro promises to not only be the best OPPO smartphone camera, but it will also be one of the best smartphones on the market full stop. According to DXOMARK, the only smartphone camera in the Irish market that’s better is the Huawei P40 Pro.

Will OPPO be affected by a similar ban to the Huawei ban?

It’s hard to know what’s around the corner and the US and Trump are quite unpredictable. However, for now, OPPO is fully supported by Google and will be for the foreseeable future. If that is to change, existing phones which have already been approved by Google will likely continue to be supported regardless.