Home News Entertainment News Why I think the Snyder Cut is the most important film of... 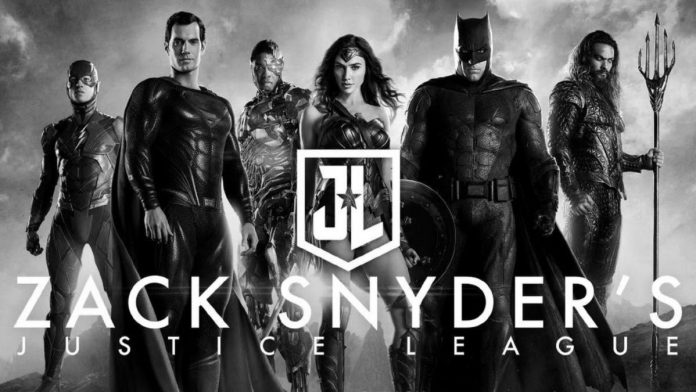 The Snyder Cut is finally here in all its four-hour glory. If you don’t know what that is, it’s essentially the director’s cut of 2017s Justice League. After years of rumours of its very existence and fan campaigns to have it put out into the universe WB has relented and allowed it to be streamed on HBO Max (or Sky Cinema in Ireland). I should be clear upfront and say I haven’t finished watching it yet. In fact, with only half an hour under my belt, it’s probably fair to say I’ve barely even started. This isn’t a review of the film (though reception is mixed), but a defence of the idea that the Snyder Cut is possibly the most important film to be released this year.

How it all came together

To understand the magnitude of the release I think it would help to go back to the beginning. Zack Snyder was given the helm of the DC Extended Universe way back in 2013 when he directed Man of Steel. The plan was to essentially create a darker, grittier DC film continuity to mirror the light-hearted MCU. Through rushed production and much gun-jumping, this did not pan out as well as WB had hoped, with only Wonder Woman and Shazam garnering any real praise from critics. Though when the time came to pull together all three previously introduced characters for an ensemble movie, things took an even worse turn. As Justice League wrapped filming and transitioned into post-production Zack Snyder left the project to be with his family in the wake of a personal tragedy. The studio then hired Joss Wheadon to finish the film in Snyder’s place. At the time this was probably seen as a guaranteed win seeing as Wheadon had previously directed both Avengers Assemble and Avengers Age of Ultron. However, this would be the death knell for the so-called Theatrical Cut. Previously finished scenes were re-shot to add in off-tone one-liners, characters were completely cut from the film and Henry Cavill was given a lovely CGI lip to cover up the moustache he grew for Mission Impossible: Fallout. This is all without mentioning the allegations that have come out regarding Wheadon’s mistreatment of the cast and crew. The film we got in 2017 was an unmitigated disaster, and that’s being nice about it.

Almost immediately after “Josstice League” released, fans hit the internet hard with a campaign to #ReleaseTheSnyderCut. This was prior to most people even knowing whether that cut of the film even existed. Such was the backlash and hatred for the Theatrical release. After the movement gained momentum and support from the likes of Gal Gadot, Ben Affleck, Jason Mamoa, and Ray Fisher (who was one of the first to publicly out Wheadon for his behaviour on-set) Snyder confirmed that the cut of the film did exist and that the decision to release the film was entirely up to WB. Well, here we are a week after the film has been made available to stream. The movie is over four hours long and is presented in a somewhat jarring 4:3 format “to preserve the director’s artistic vision”. Normally those two things would ensure a film never saw the light of day, but right now, the Snyder Cut being the most talked about movie in the world.

So, a fan campaign got a movie released, big deal. That might be some people’s takeaway from all of this. To me, this is so much more. As I said, this movie would have never been released in cinemas. It’s formatted for a tiny number of screens and its length would probably warrant it having an interval (even Endgame with its 3-hour runtime nearly had one). But take away the theatrical release and push it out on streaming platforms and neither of those is an issue. People can choose to watch on any screen they want and are able to watch it at their leisure. They can binge it all in one go on their 40-inch TV, or they can consume it piecemeal on their phone over the course of a few days. Cinema has, for a long time been quite prescriptive in its formatting. Keep the movie between 90 and 150 minutes and present it in widescreen format (or letterbox if that’s your thing), but with Streaming, directors are more enabled to stay true to their vision. They can have outrageous runtimes, or weird aspect ratios, or host different cuts of a movie side by side so the viewer can choose which they’d rather watch.

We’ve already seen this kind of freedom being exercised before in some of Disney’s new shows. Both The Mandalorian and Wandavision have variable episode lengths. Some episodes are only half an hour, while others are nearly a full 60 minutes. In my opinion, this makes for far superior storytelling. There’s no padding or filler necessary to meet a required run time, and scenes or stories aren’t cut for the sake of brevity. It’s how TV and movies should be. Taking Wandavision as an example (because there’s a good chance you’ve watched it), I didn’t find there was anything that was unnecessary in the whole series. Likewise, there wasn’t anything I would have liked to have seen added, it answered all the questions I wanted answered while keeping the classic “where will they go next” vibe that Marvel does so well.

What will the future hold for cinema?

I think the example set by the Snyder Cut has the potential to empower filmmakers and directors to make bold new decisions in their art. It’s time for cinema and TV to fully embrace the possibilities that streaming can offer. The Snyder cut isn’t important because the fans want it or because it “breaks the rules” but because it has fully embraced the possibilities that streaming can bring.