Home News Entertainment News Why Did Rick Astley’s “Never Gonna Give You Up” Become A Meme? 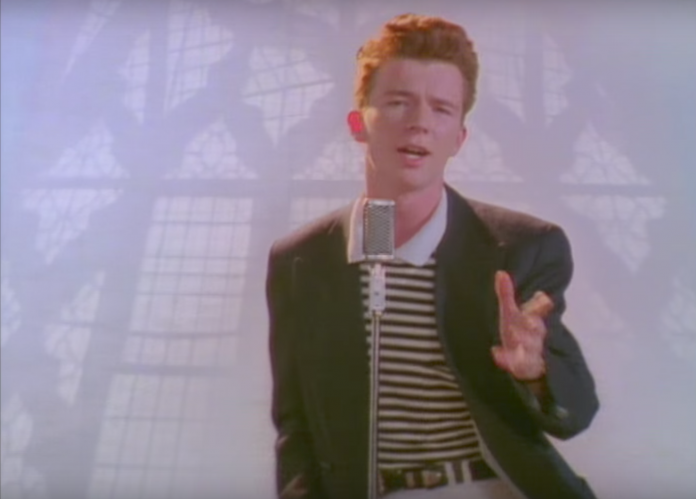 We’re closing in on April Fools’ Day 2021. I don’t know about you, but I sure do feel like I could use something a bit more light-hearted. It got me thinking about what overlaps between tech and trolling are out there and the most obvious just has to be Rick Astley’s “Never Gonna Give You Up”. But where does the ultimate troll come from and why is it so damn funny? Join me for the history of rick-rolling.

One of the classic comedy principles is misdirection. A story is built up, sending you down one train of thought before the punchline hits and gives you the opposite. The result? Well, if it’s delivered right, it’s laughter.

This is the core reason rick-rolling gets a laugh and you can trace misdirection right back to the early mentions of the internet’s favourite troll move. You promise your friend or foe with their most desired content, and you hit them with Rick Astley’s “Never Gonna Give You Up”.

The popularity of this switch up is clear when you look at the view count of Astley’s video coming up on one billion views. Considering YouTube only counts a view after 30 seconds, this would suggest billions more have hit back almost immediately on the video in a rick-roll-rage.

The true origin of rick-rolling has to be July 1987, when Rick Astley’s “Never Gonna Give You Up” was released. This song wasn’t a damp squib by any definition either. Astley reached number one in the American, UK and South African charts. It was a true hit, but the song’s legacy wouldn’t truly be written until 2007 when it became one of the original modern memes.

Users of 4chan, an anonymous and somewhat adult website, began the rick-roll before Rockstar Games released trailers for Grand Theft Auto IV. The online world was eagerly waiting and fingers were able to click faster than minds could process. When someone would post a “links to the unreleased GTA IV trailer”, it was guaranteed to get attention and clicks. And click they did. What the trolls had done, however, was swapped out any hope of a GTA IV trailer with a link to Rick Astley’s “Never Gonna Give You Up”.

This “bait and switch” move wasn’t new. In fact, the rick-roll replaced a similar move called the “duck-roll”. This started in early 2000 because 4chan owners had implemented a rule on the site that switched “egg” to “duck”, confusing users typing in “egg roll”. The internet is a weird place.

There was some mild speculation about why the internet decided this was the time for Rick Astley’s hit to see the light of day again. Some erroneously attribute the song’s appearance in Grant Theft Auto: Vice City as being the reason. The problem with this theory is that the song never featured in that game, although a host of classics did.

It’s almost certain that one of the internet’s favourite shows, It’s Always Sunny in Philadelphia, featured the tune in the 2005 episode “Charlie Has Cancer”. This would have left the song fresh in the memories of would-be trolls.

Google Getting In On The Action

Whatever the source of origin for rick-rolling, the bait-and-switch approach trolling spread like wildfire. People developed clever ways of hiding YouTube links to the song behind images or by using URL-shorteners, meaning 2008 was the year of being rick-rolled.

On April Fools Day 2008, Google’s jokers flipped the links in YouTube’s featured feed with all clicks ending up with, you guessed it, Rick Astley.

You Still Need To Be On-guard Today

What’s perhaps most impressive about the once humble rick-roll is that it’s still funny. People still get caught. And people are still coming up with new ways to prank people. It’s just one of those odd internet things that don’t seem to ever want to go away. I don’t really think any of us want it to either. It’s just some good clean innocent fun.

Uhm, What About Rick Astley Now?

This is perhaps the only slightly sad part of the rick-roll story. Initially, while slightly perplexed by the trend, the artist wasn’t all that bothered by it. He’s quoted as saying his main concern was hoping “daughter doesn’t get embarrassed about it”. Thanks to the internet, Astley was catapulted back onto the scene and was suddenly performing more than ever. In 2008, the people of the internet used the power of the crowd to get Astley nominated for “Best Act Ever”, even though he wasn’t originally nominated.

This is where I start to get some Black Mirror vibes off the whole tale of the rick-roll. It’s like one of those stories where Rick made a deal with the devil for fame one more time, only for the devil to pull a bait and switch of their own. Instead of the expected fame, Astley was famous again for the same song, where he really wasn’t the subject, performing as a bit of an inside joke while winning awards which were nothing to do with his talent. In 2008, after initially seeming that he wasn’t all that bothered by it, he would eventually say he was done discussing rick-rolling.

Flash forward ten years to 2018 and a very happy Rick Astley is sitting on the famous couch with Graham Norton and his guests, including Emma Stone. The subject of rick-rolling reluctantly comes up and thankfully, Astley is happy with it explaining that his daughter helped him understand that it’s not a joke about him per se.

Astley’s legacy is much more than just providing the song for the ultimate prank, but it’s not a bad thing to be remembered for either.

How To Add ITV To Sky In Ireland For World Cup...